Another post from the shed, this one’s awaiting the elusive transtasman bubble …..

“We can use Accor points to book an ibis in Sydney for the one night we need” says Mike. “Book it Danno” I said and didn’t think about it again until we stepped through the door. The ibis hotels we’ve stayed in have been more functional than funky but stepping inside ibis Sydney King Street Wharf showed me that ibis hotels can be cool too. 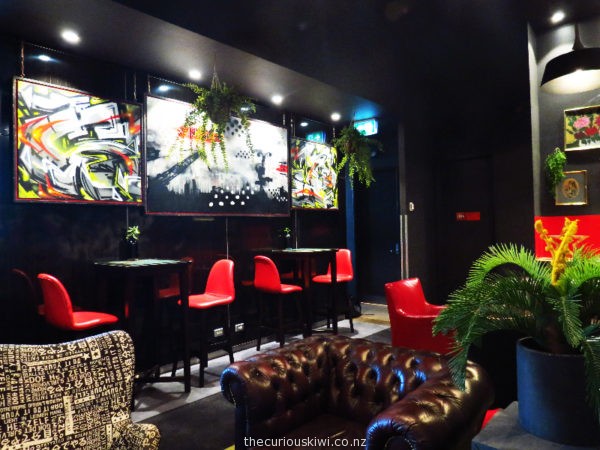 The coolest part of the hotel is the Lot 51 bar/cafe on the ground floor. The area is full of graffiti and green plants, brown leather sofas and red leather chairs, and has a popcorn machine for late night bar snacks. Lot 51 seats about 30 people and is for hotel guests only. 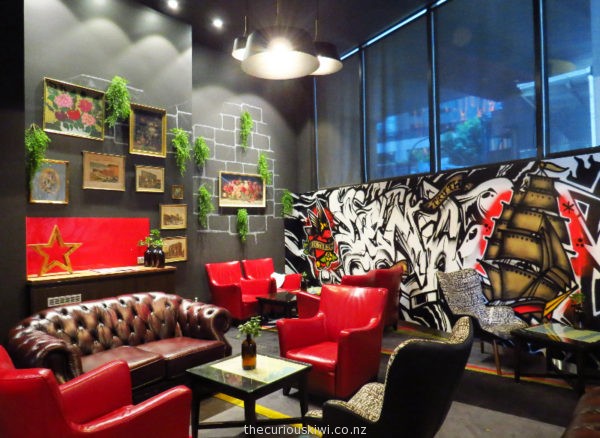 We stayed in a superior room, the room was well equipped and cozy, i.e small. Small rooms are to be expected in what the ibis website describes as an ‘economy hotel for business and leisure’. The superior room would be ideal for a single traveller, for both of us and luggage it was a tight fit, but it was ok for a one night stay. 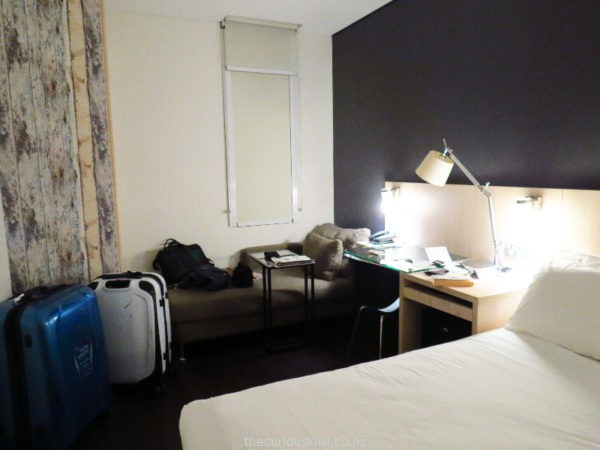 The hotel is close to Darling Harbour – cross the road and walk down some steps and you’re at the Kings Wharf end, so the hotel’s location can be a big plus too.

We found ibis Sydney King Street Wharf to be a good choice at an affordable price – around $140 or approximately 4000 Accor points if you have them. We’d stay again, preferably with less luggage – first stop Lot 51, next stop Darling Harbour.