Little libraries in New Zealand can be as small as a few metres squared or as little as the pile of books to be read beside the bed.

One of the sweetest small libraries I’ve seen is Puhoi Town Library, north of Auckland. The building was originally an office for the Roads Board but became a library in 1923. However in April 1924 a flood washed away most of the books and the library wasn’t re-established for over 50 years.

The library has a unique claim to fame in that it featured in Stephen King’s 1992 movie ‘Tommyknockers’ as the Christian Science Reading Room. Today you may find a table of books for sale outside ….. 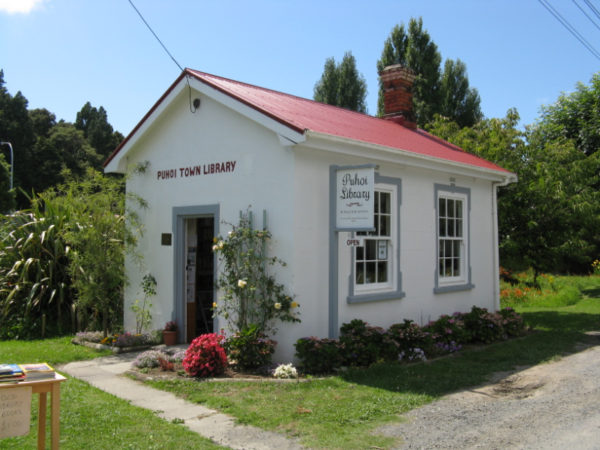 Kawhia War Memorial Library has a cenotaph in front and was initially run by the wives of soldiers, it is now operated by the Otorohanga Council. 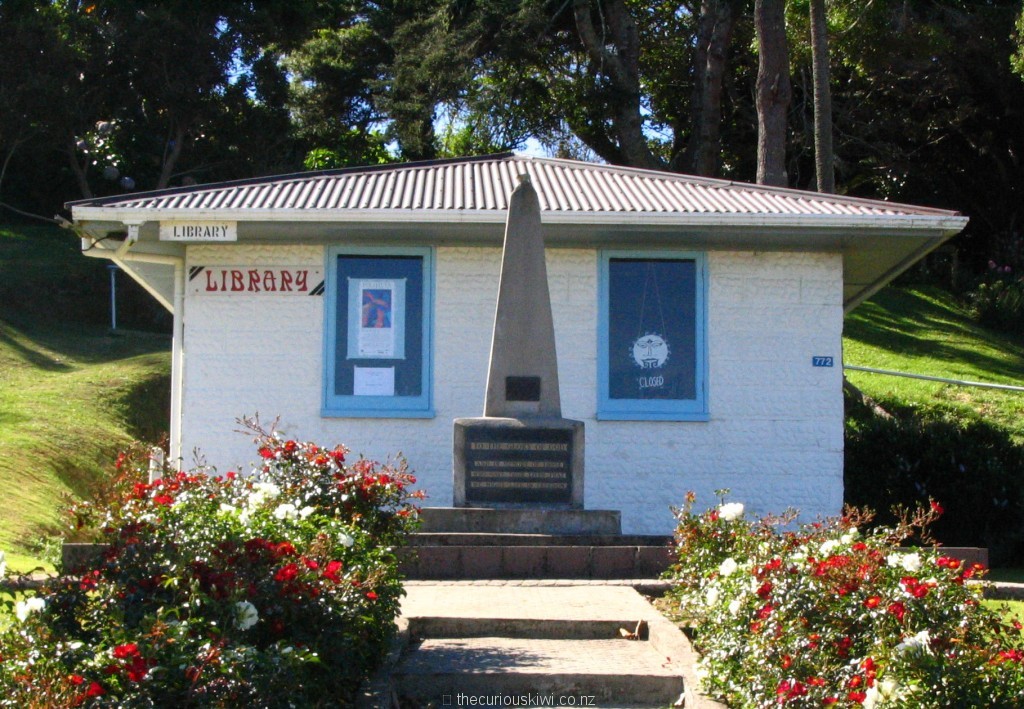 A short ferry ride across the water from Whitianga is the Ferry Landing Public Library. 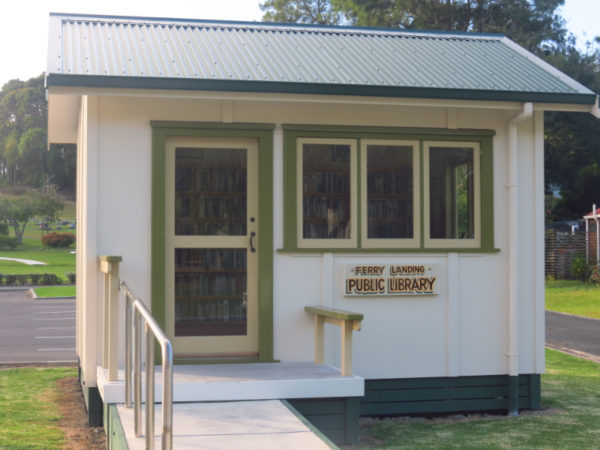 The colonial style Kimbolton Public Library was established in 1927. The cottage is one of the first homes built in Kimbolton and was in private ownership until the title was gifted to the Kiwitea County Council Library Committee sometime after 1936. 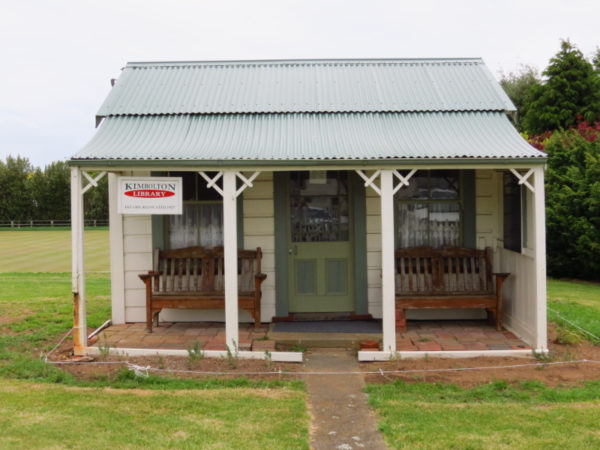 Pukehiki Public Library sits on Otago Peninsula and while it no longer operates as a library, it is a cute photo opportunity. If you’re interested in small libraries, see the book Small Libraries of New Zealand by Margaret Jenner. 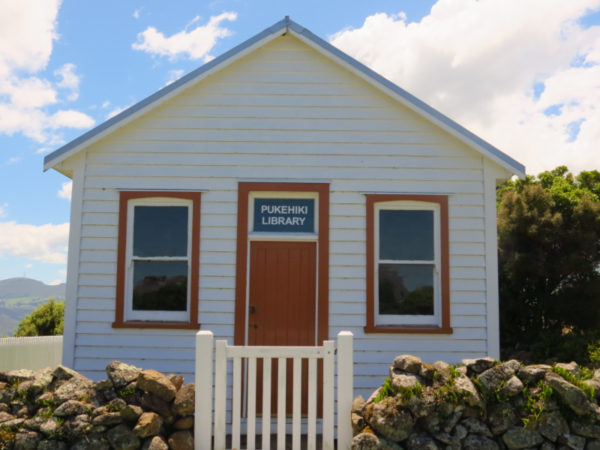 Little libraries – old fridges are being turned into little libraries in Auckland by not-for-profit ‘The Book Stop‘. The first fridge library opened its doors at 31 Scout Avenue in Mt Roskill. 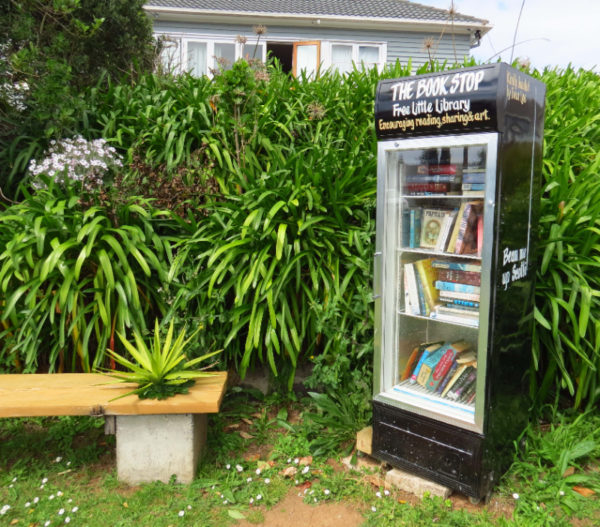 Christchurch also have a repurpose approach to little libraries and Gap Filler started the Think Differently Book Exchange in a fridge in Christchurch in 2011, it will celebrate 10 years of free books in 2021. 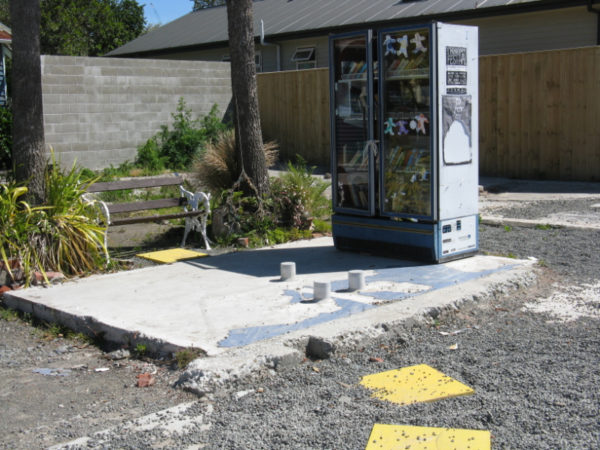 Cambridge shares the fridge reuse and recycle approach to little libraries and there is a book exchange inside a red telephone box outside Simply Divine Kitchen on Empire Street. 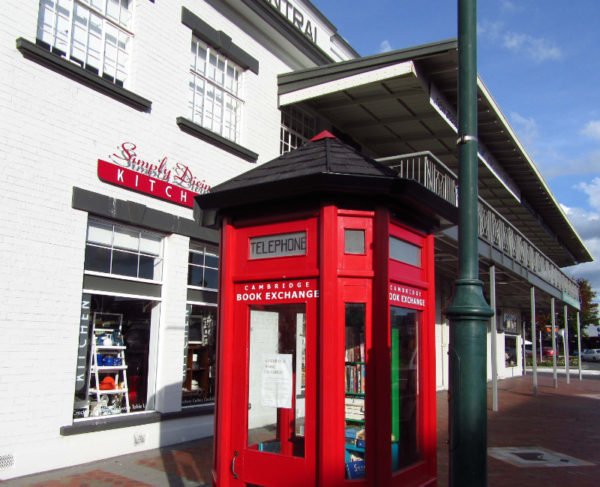 The Book Box opened in Gordonton next to the superette in 2016. A message on the side of the box says – The Book Box runs on generosity. Do help yourself to a book – and please pop one back sometime. Enjoy! 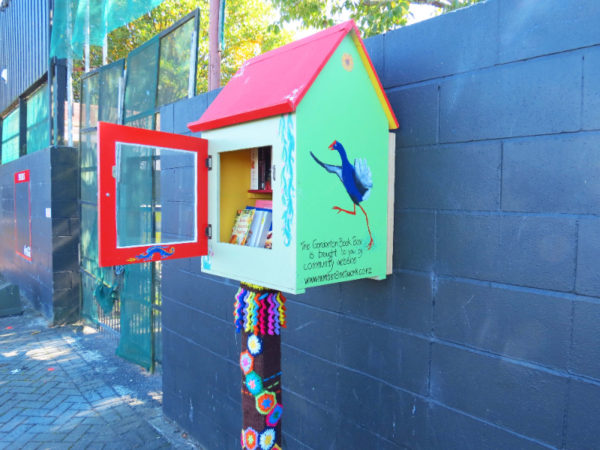 Little libraries are plentiful in the Waikato thanks to the Placemaking programme and prisoners at the Springhill Corrections Facility. You can find the locations of the 40+ little libraries here. 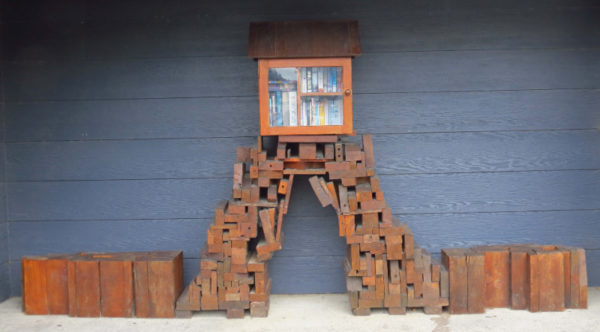 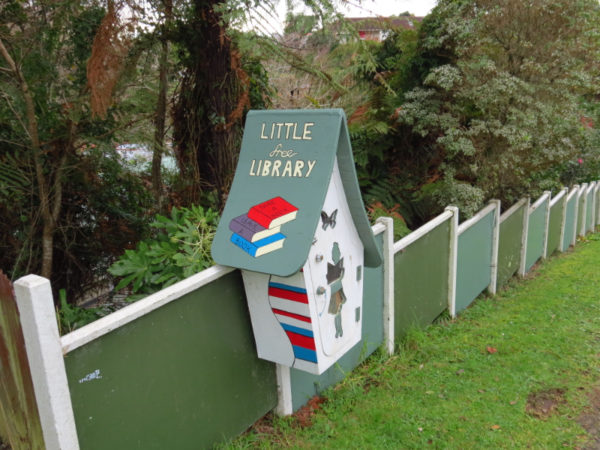 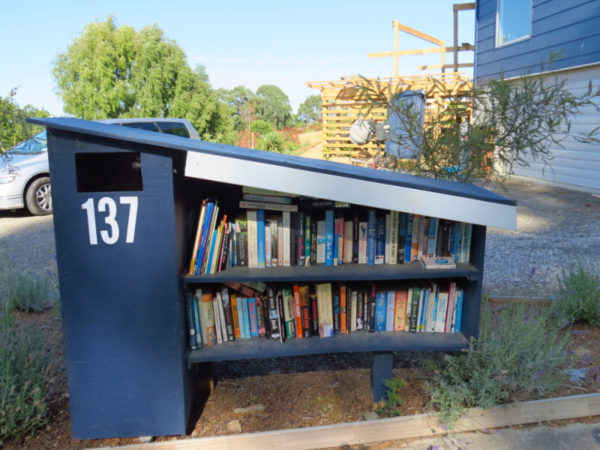 If you drive from Picton to Nelson via Queen Charlotte Drive there is a little library and community fruit stall outside Linkwater School. 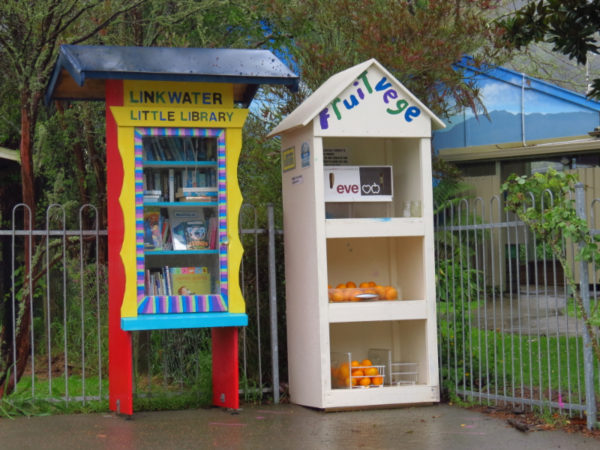 The Vines Village at 193 Rapaura Road in Blenheim has a sunshine orange book fridge with a matching sign encouraging visitors to borrow a book. 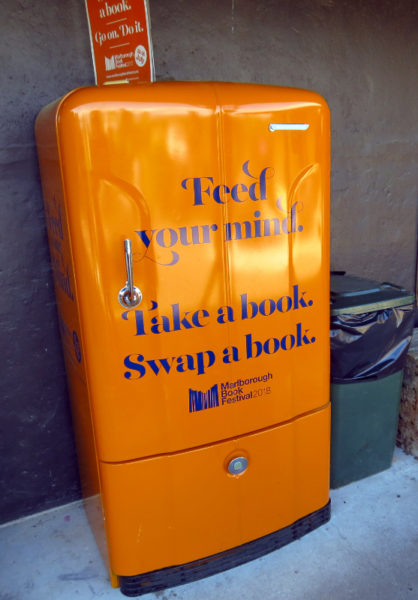 Book fridge at The Vines Village

Another library part of the Little Free Library movement is Sylvia’s library on the corner of Tasman and Halifax Streets in Nelson. The library was created in memory of Sylvia and as a way to spread kindness in the community. 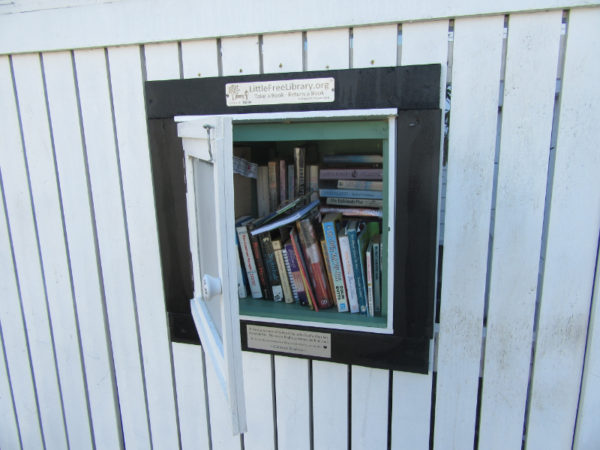 One of the littlest little libraries I’ve seen is The Escapist Library at 24 Hereford Street in Christchurch. (Note: the photo was taken some time ago so the library may no longer be there). 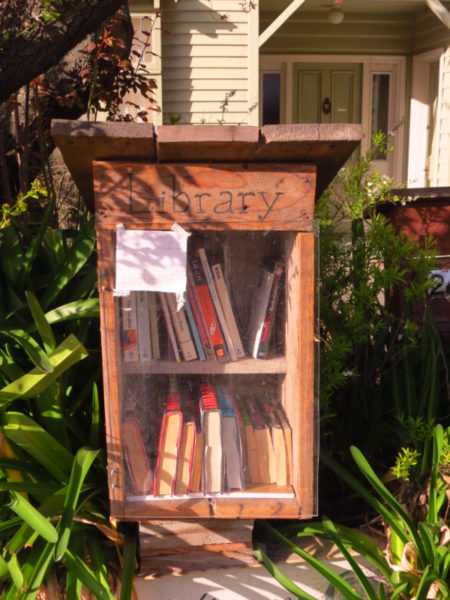 Why not combine a little library with a food stall – in Punakaiki it’s about books and eggs …. 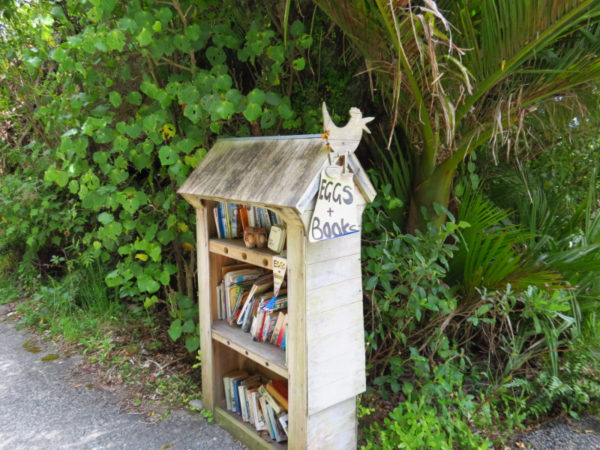 Books and eggs in Punakaiki

I haven’t had the pleasure of visiting a Lilliput Library but I’ll finish with a photo of a nifty initiative by Auckland Central Library that put free books on wheels in 2016 as part of the #spokeandword campaign. 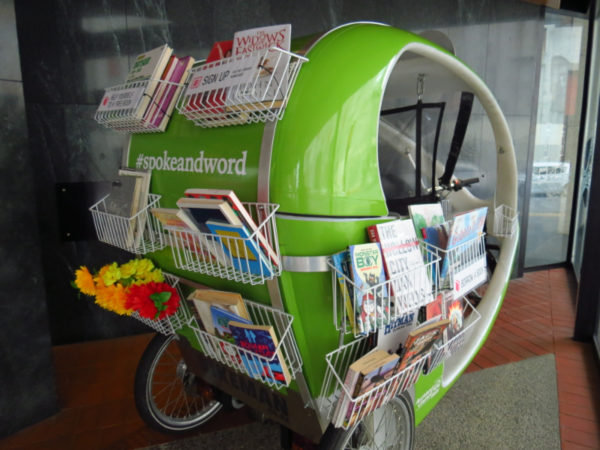 PS. If you’d like to build your own little library and are looking for some inspiration see Little Free Libraries and Tiny Sheds by Philip Schmidt.

PPS. As a reader who loves libraries big and small I am thrilled to have my own book coming out in October – It’s In The Post! Awesome letterboxes from around New Zealand may be in a big or *little library near you. Or, if you’d like to win a copy, I’ll do a giveaway via the blog in the next few weeks.

*On 10 October I put a copy of It’s in the Post in the Mt Roskill Fridge Library, and the Pokeno Little Library near the public toilets. 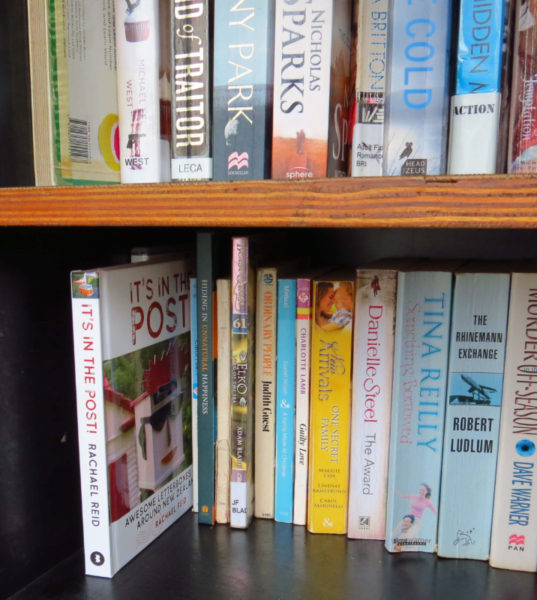 It’s In The Post in the Pokeno Little Free Library