It’s been a long while between blog posts but this one’s been sitting in the shed …….

Southward Car Museum has over 500 vehicles, many of them classic and vintage cars. Founded by the late Sir Len Southward and his wife Lady Vera, the museum opened to the public in 1979. We had a speedy look around the museum on our way down State Highway 1, here are some of the unusual vehicles in the collection ……..

Philip Lewis bought a new 1920 Dodge and decided to hand beat a replacement body out of copper. Who knows why, but the car made its public debut at the 1921 Queen Street Christmas Parade. Mr Lewis put his own stamp on the car in the form of his surname on the bonnet ornament. 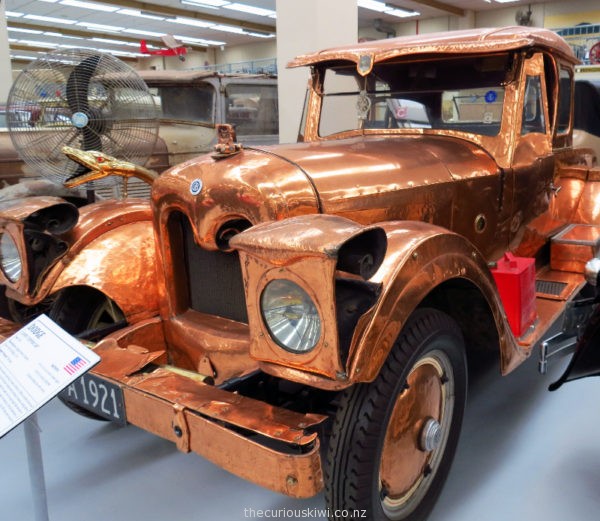 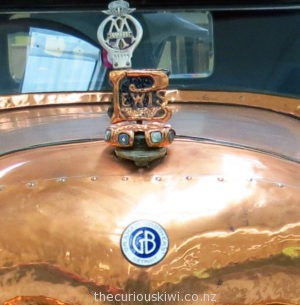 A bonnet ornament with a passionate backstory is the Spirit of Ecstasy found on the bonnets of Rolls Royce cars. The Spirit of Ecstasy, also known as the Flying Lady, is modelled on Eleanor Thornton, the secretary and mistress of Lord John Montagu, owner of a car magazine, and friend of Charles Rolls and Henry Royce. 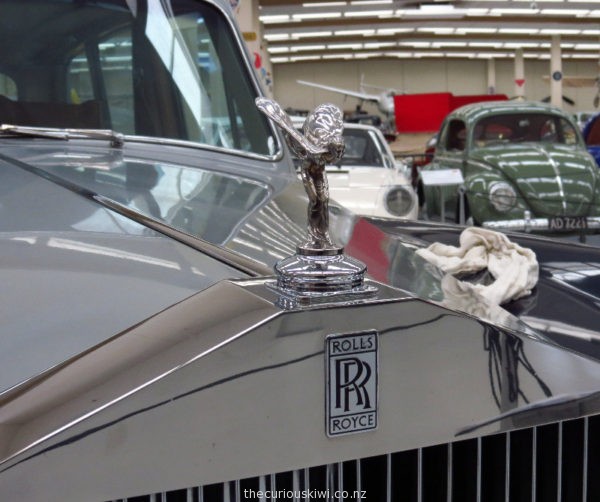 Eleanor was killed in 1915 at age 35 when the SS Persia she was a passenger on was torpedoed by a German u-boat, Lord Montagu was onboard with her but survived. Eleanor and her flying robes still grace the bonnets of the Rolls Royce today.

‘The Black Beast’ is an apt name for the largest motorcycle licensed for road use in New Zealand. It has a menacing presence and that’s before its V8 engine is brought to life. 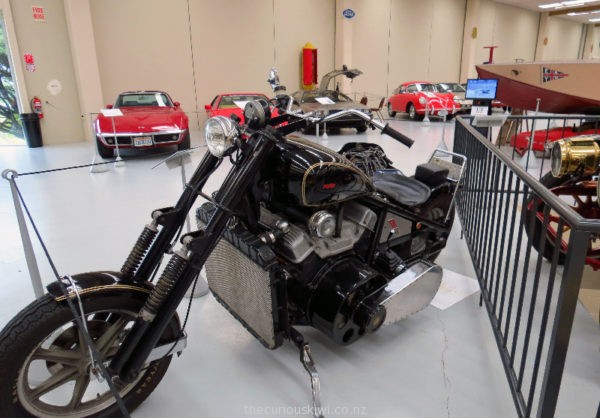 ‘Back to the Future’ fans can see a 1981 DeLorean DCM-12, one of around 8500 produced. The car’s namesake was John DeLorean, a maverick auto industry executive who rose up the ranks to become vice president of car and truck production at General Motors. He left General Motors in 1973 (or may have been fired) and started the DeLorean Motor Company. 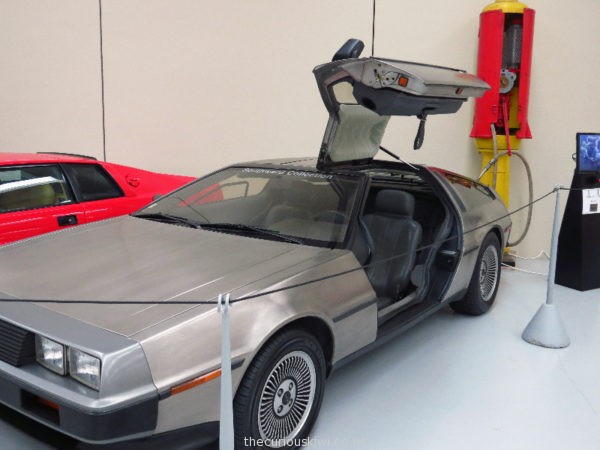 The DeLorean DCM-12 is a unique car with a stainless steel body and gull wing doors. It took close to 8 years to get the car to market and it wasn’t well received, the DeLorean’s high price coupled with its relatively low horsepower meant most of the cars weren’t sold. The DeLorean Motor Company went into receivership in 1982, there’s a lot more to the fascinating DeLorean story and TV and film documentaries have been made. (We don’t rate ‘Framing John DeLorean’ starring Alec Baldwin).

Electric cars may be the cars of the future but they were cars of the past as well. The museum has a Rauch and Lang B26 electric car made in 1918. The car could travel approximately 48 km before it needed to be recharged and had a top speed of around 35 km/h. 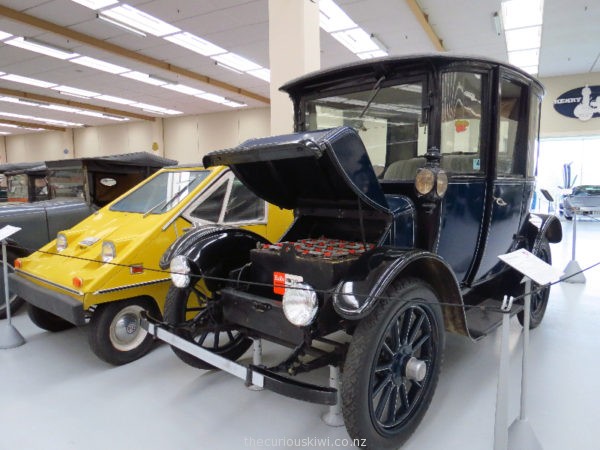 US company Sebring-Vanguard produced the 1975 electric CitiCar in the museum’s collection. Built in part as a response to the 1970’s fuel crisis, the design was based on a golf cart, just not as good looking. The battery technology improved from 1918 and the CitiCars top speed was 60 km/h with a range of 70 km. 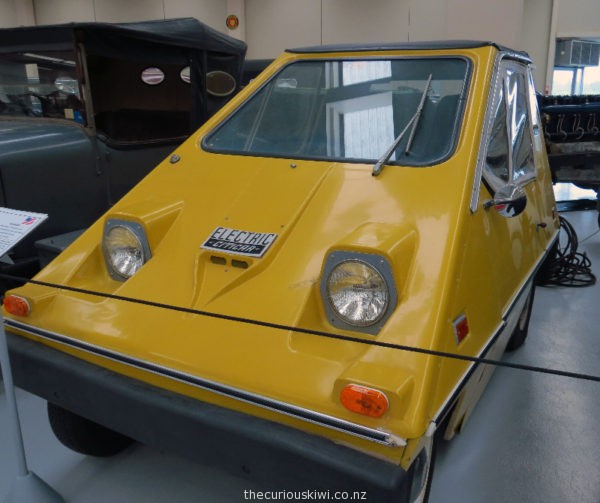 ‘The Southward Salvage’ Rat Rod was built by reusing parts from the museum’s garage. A 1939 Lincoln Zephyr V12 engine sits inside a 1920 Dodge body. 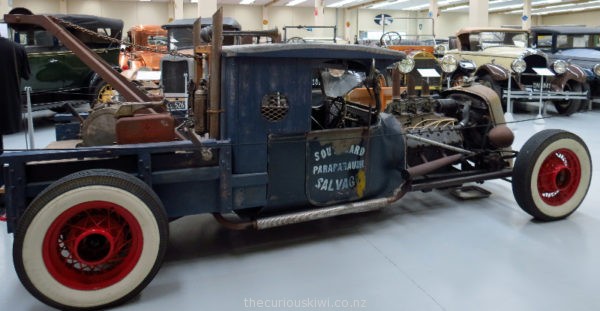 One of my favourite vehicles in the museum is a 1912 Phanomen Phanomobil. The Phanomen has three wheels, two jaunty red fans on the front, and a tiller for a steering wheel. The first Phanomobil was built in Germany in 1907 and they were made until 1927. 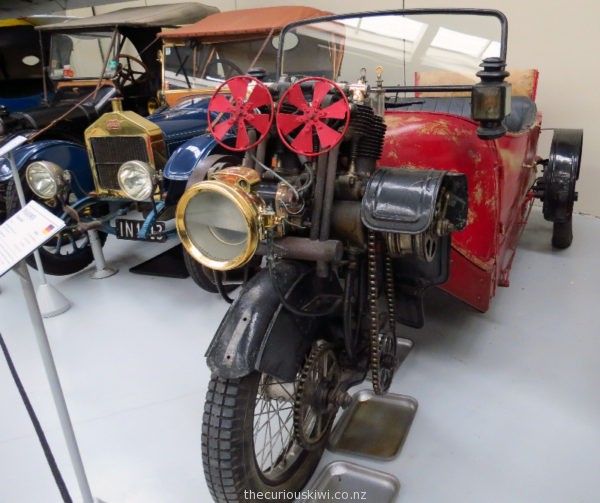 A more modern three wheeler on display, and one that looks like fun to drive, is the 2008 Factory Built Carver One. The Carver was in the foyer of the museum so I assume it is a temporary exhibit. While the Carver looks part car / part motorbike, a full motorcycle licence is needed to drive it, although you don’t need to wear a helmet. 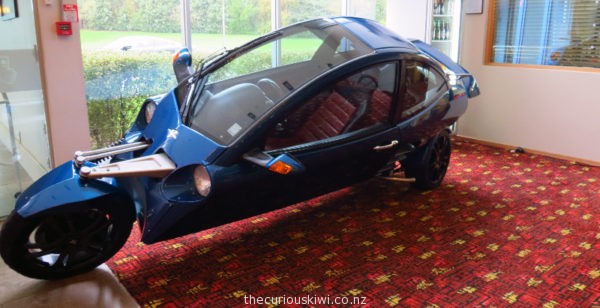 One of the Carver’s stand out features is that the cabin can tilt 45 degrees, enabling the driver (and the passenger in the back if there is one) to lean into the corners on a curvy road.

Carver Europe manufactured and distributed the Carver One but went bankrupt in 2009, although Carver technology is still being utilised and an electric Carver has been built. I’ve read there are only 210 Carver Ones in the world, so it’s both a rare and unusual vehicle. 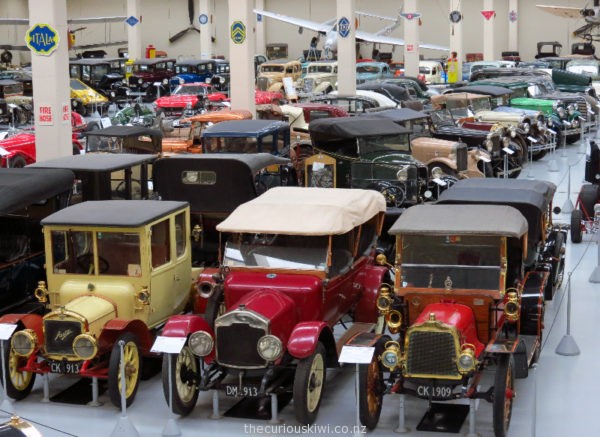 Southward Car Museum from above