It’s the odour that hits you first at the Agrodome Farm Show in Rotorua – the smell of sheep replaces the reek of rotten eggs. If you’ve been in a shearing shed it’s a familiar aroma, if not, the smell is soon forgotten as 19 breeds of sheep run on stage and take their places on the podium. 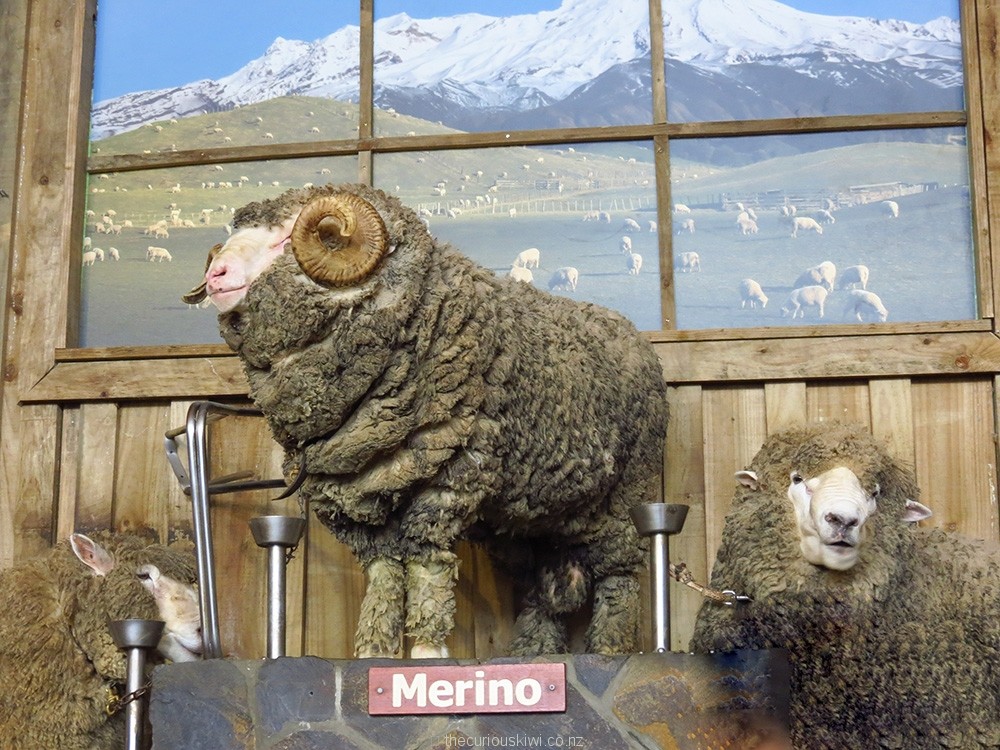 Among them the hardy Merino, a breed that originated in Spain but now roams high country farms in the South Island, and my favourite, the Lincoln, the curly dreadlocks from Lincolns once dressed the wigs of barristers. I didn’t know there was a breed of sheep that sheds its own wool, but that’s what the Dorper does. 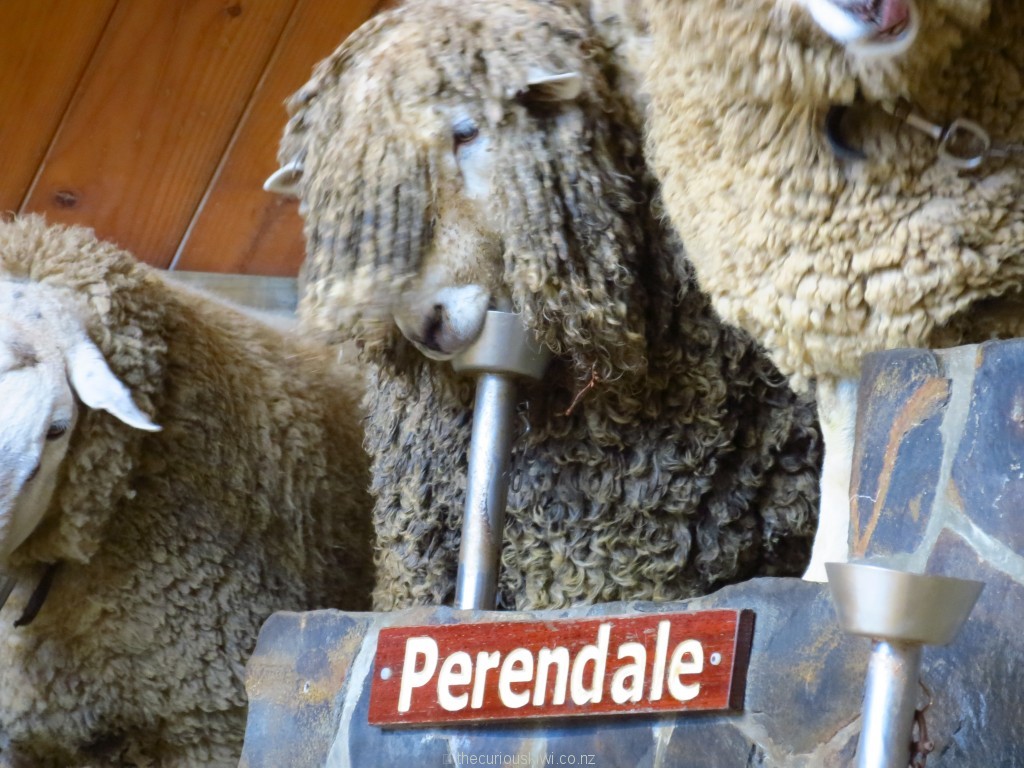 If you’re keen to milk a cow, or the kids want to bottle feed a lamb, don’t be shy, there’s plenty of competition to join the show. There’s less competition to bid on a sheep for the backyard, and as Mike found out, the gatekeeper is often appointed. You’ll see how successful the gatekeeper role is if you watch an Agrodome show. 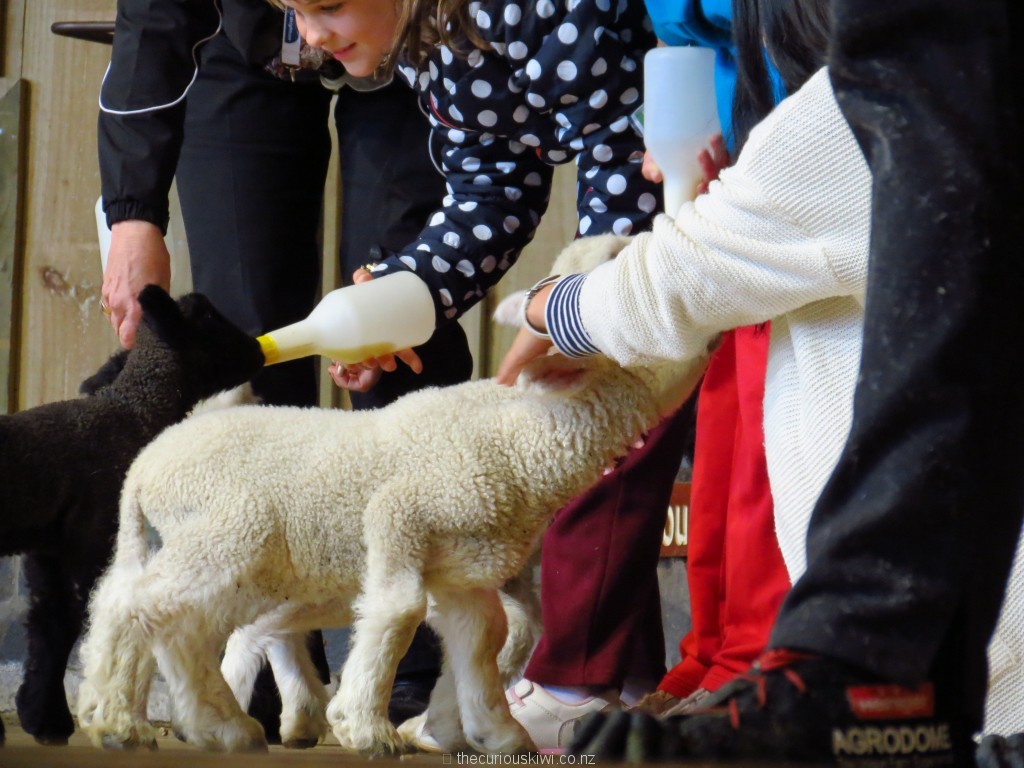 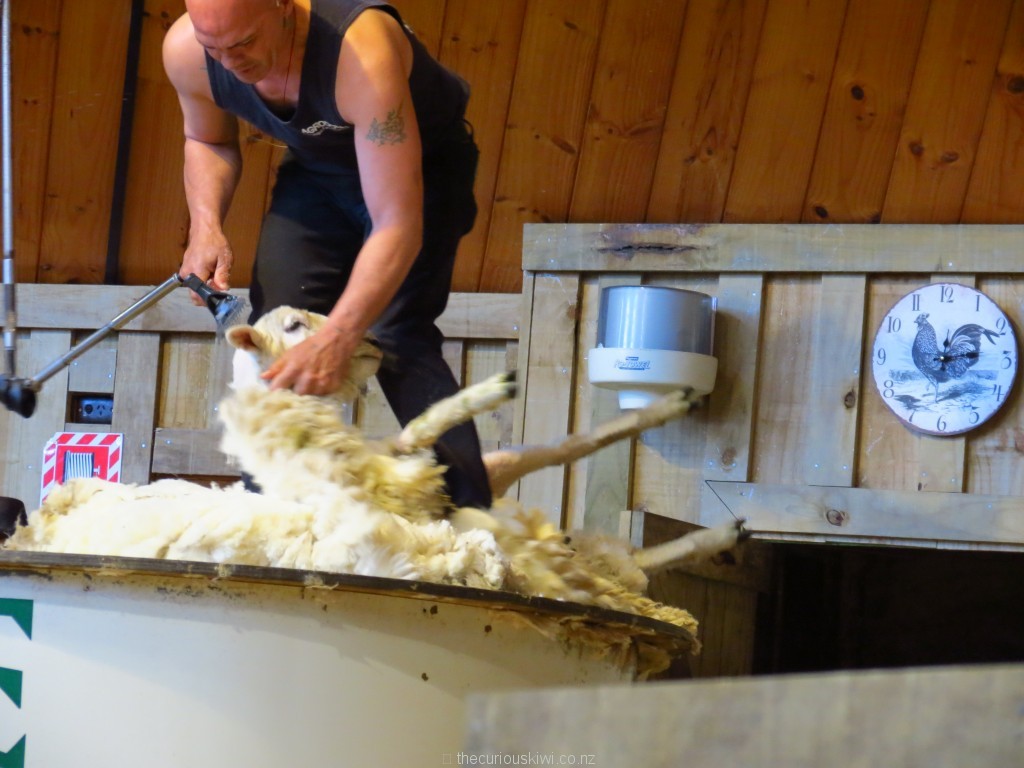 A huntaway and a heading dog get in on the act too, the heading dog uses its eyes and smooth, quick movements to silently herd ducks, yes, ducks! Our host Karl let the ducks out, surprising all of us expecting a four legged flock. 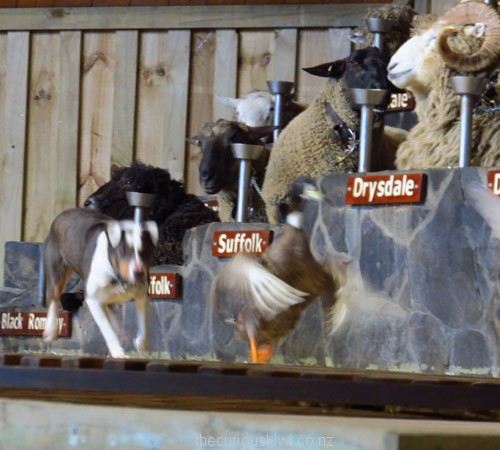 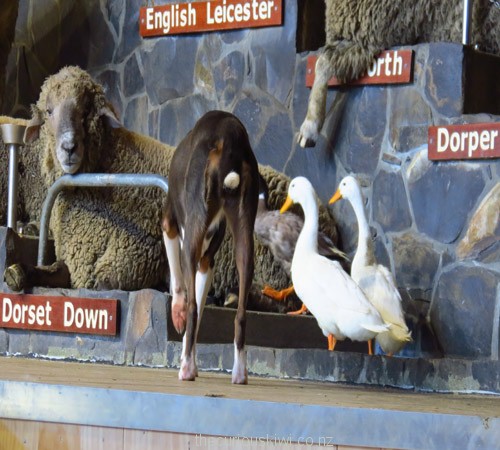 We did a show/farm tour combo which we thought was good value. Below are a few of the animals we saw on the farm tour – feeding them was part of the fun. 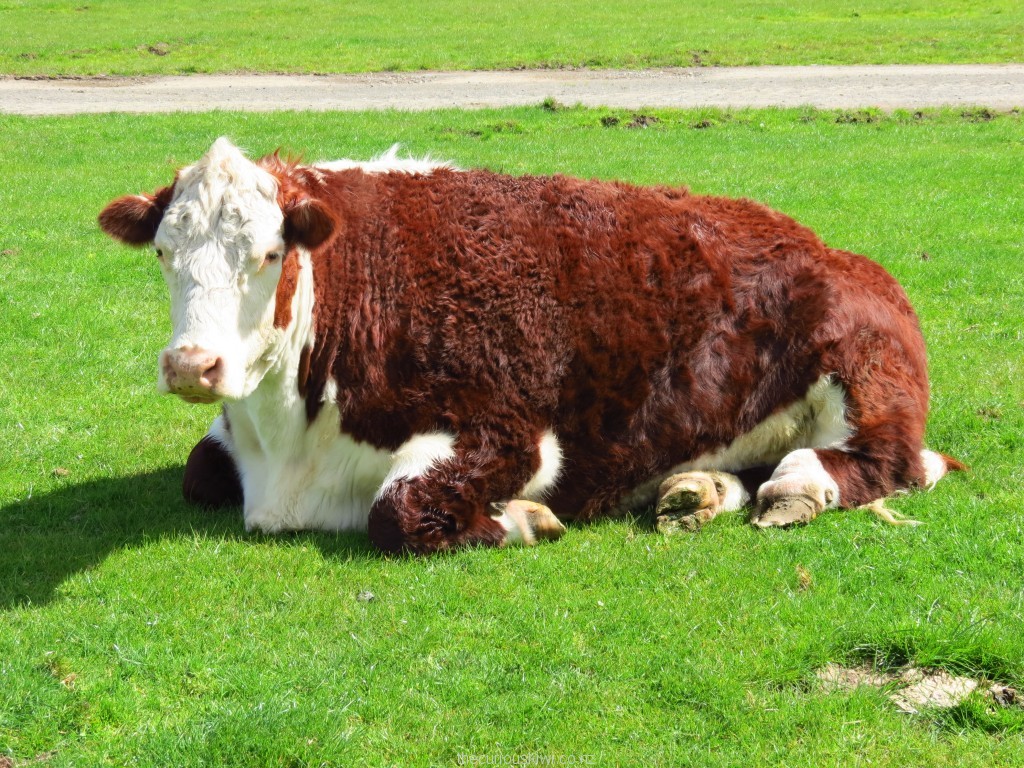 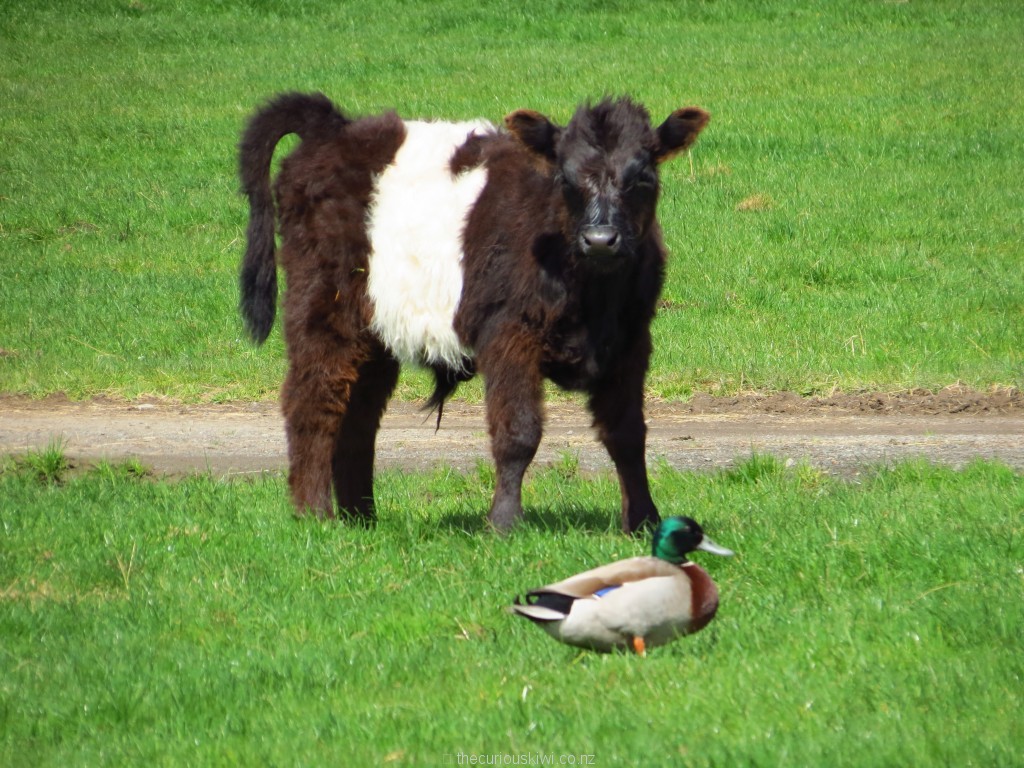 I’m not ready to be friends just yet

Agrodome more than passed muster – the entertaining farm show alone was worth visiting for. Farm shows last one hour and are run three times a day, whoever lets the ducks out is sure to show you a good time. 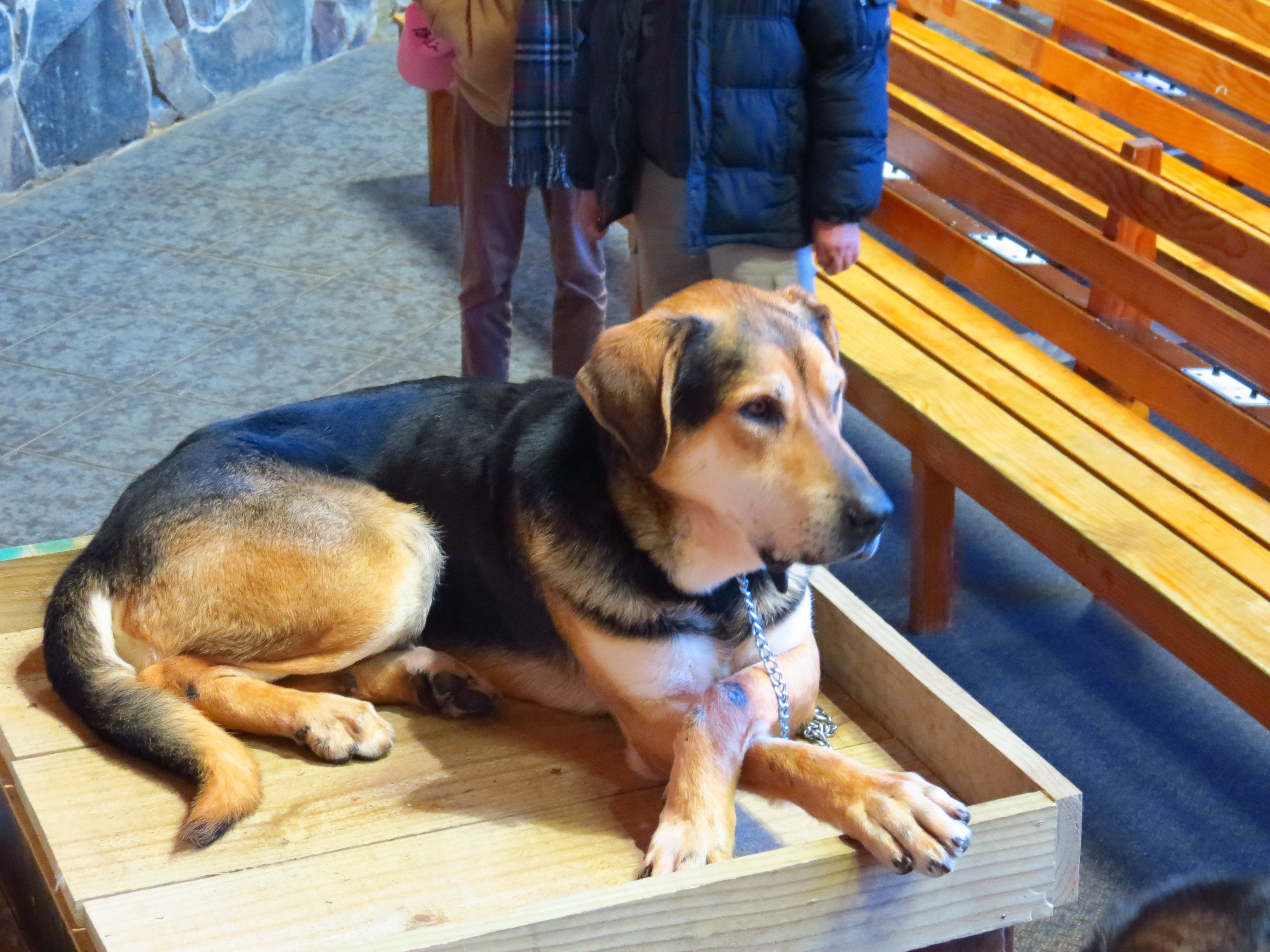 My work here is done