Children’s Toy Wall in Eltham (Taranaki)  ….. the toy wall on Bridger Lane is said to have started when Fay Young found a toy car outside her property. She put the car on her garden wall so it might be found by its owner, it was never claimed.

Fay embedded the car into the wall and it started a toy story in cement that grew as children donated toys for the collection. Fay passed away in 2000, she generously gifted her property to the local community. The wall remains as a tribute to Fay and it was given a spruce up earlier this year. 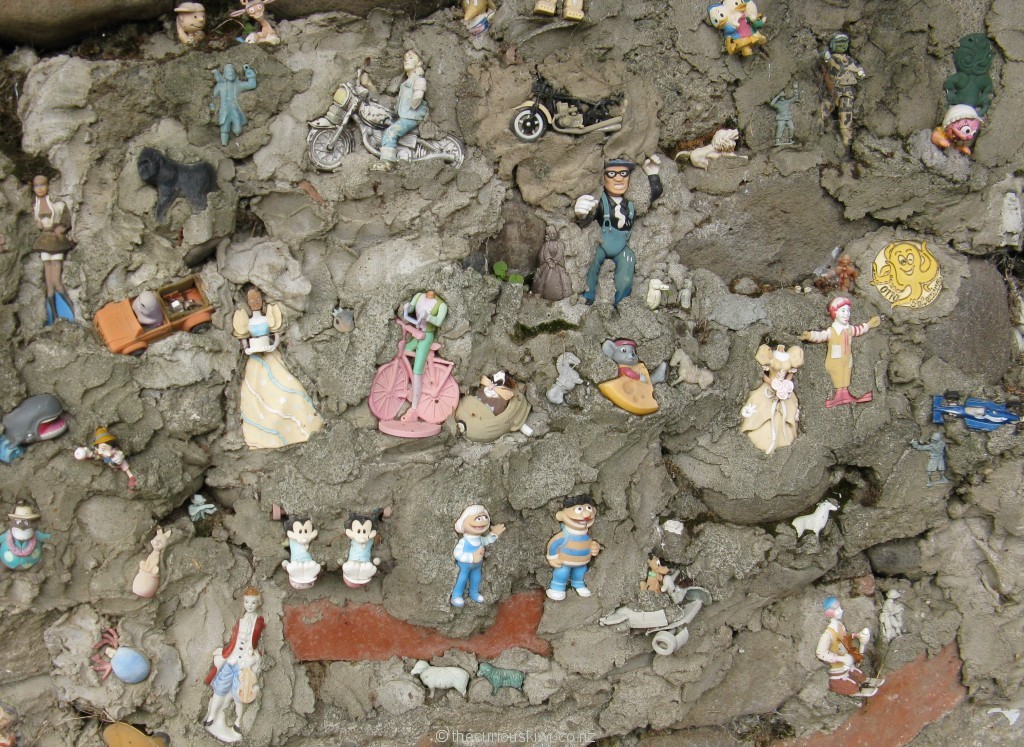 Part of the Toy Wall in Eltham (Taranaki)

Bike fence outside Missing Leg Backpackers in Mt Egmont Village (Taranaki) . I wonder if the owner has ever biked to Rahotu for a cup of coffee? 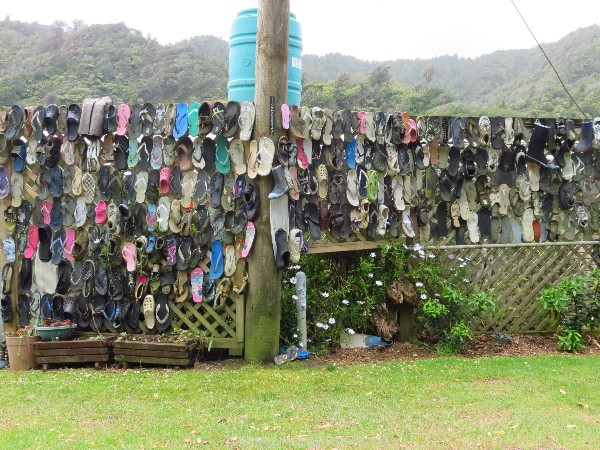 Jandal fence on the Foxton Straight with a matching letter box ….. the jandal collection started after the owner won a pair of jandals at the pub. 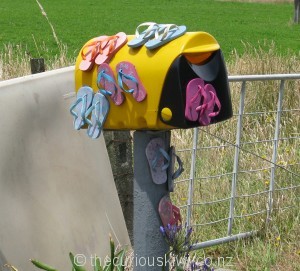 Teddy bear fence on the road between Feilding and Palmerston North. 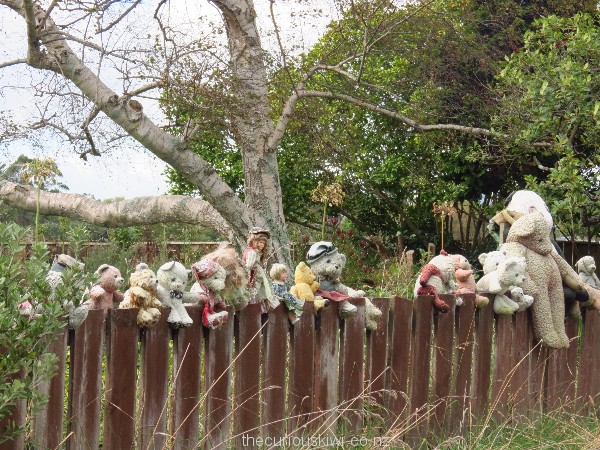 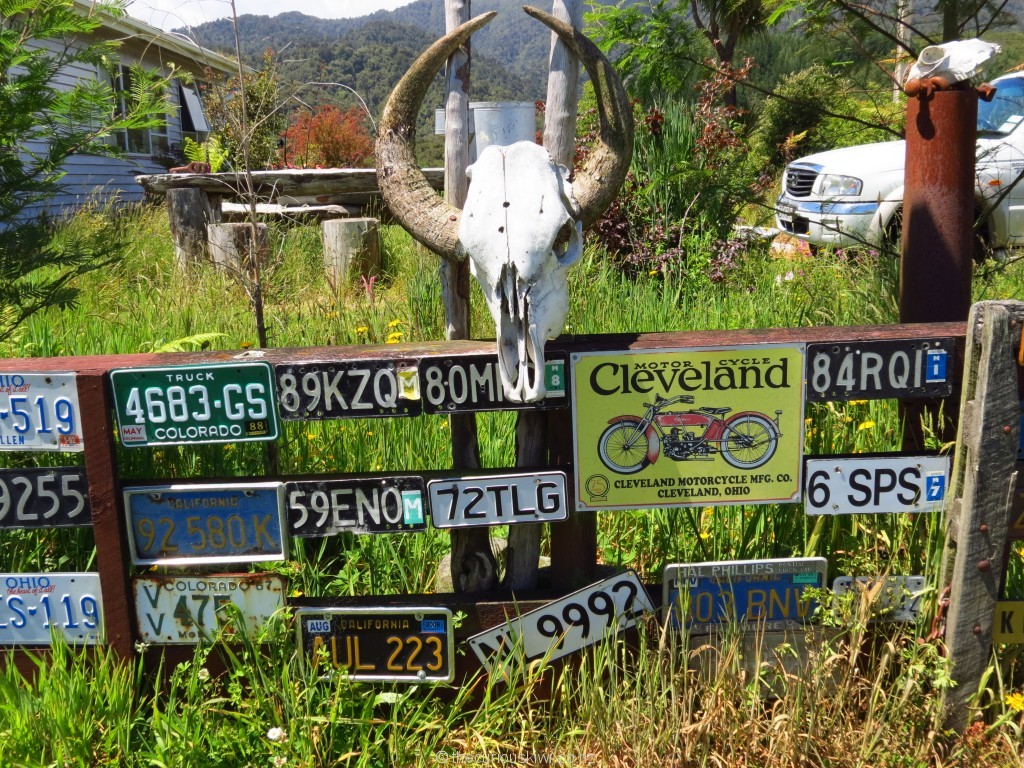