Hot rod, classic car, motorbike, and cool caravan nirvana – Beach Hop, Whangamata. Was it the biggest Saturday crowd ever at the Grand Parade? It certainly felt like it. The sun was shining and so were the cars as they rolled through the streets lined with thousands of hot rod enthusiasts. Given the crowd I took my chance to head to the Retro Caravan Show. The show was the biggest yet with around 85 vans on display. The cool caravans included Betty who crossed the ditch with her Vauxhall Cresta tow car. The Cresta and Betty are part of the team at Vintage Caravan Magazine, sponsors of the Retro Caravan Show. I photographed some of the wicked wheels later in the day. Around 4pm we headed to the Sony Ford Reserve to see gorgeous girls, and one seriously spunky little guy compete for the Retro Pin Up crown (aka Sony 40inch TV). The winner from Lower Hutt was a crowd favourite and holder of the luckiest number in the world – number 9. Gorgeous girls in the Retro Pin Up Comp 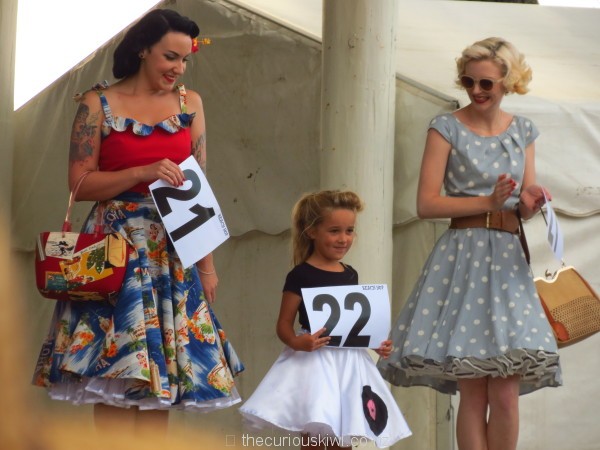 More gorgeous girls in the Retro Pin Up Comp

Following the Pin Up Competition it was Hop Idol – Robbie from Auckland was born to be wild and was a hard man to beat, he took home a Sony TV too. 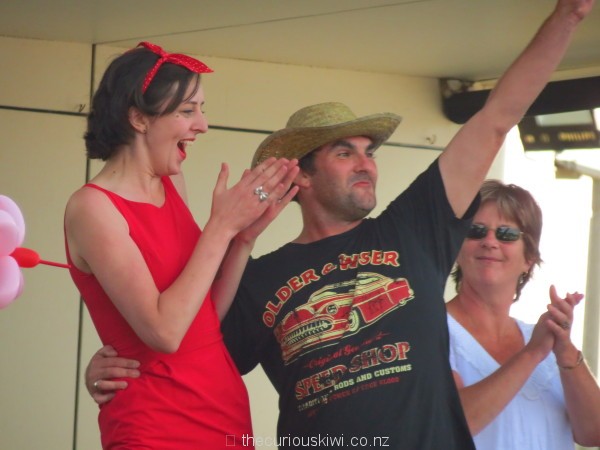 Robbie from Auckland, born to be wild and winner of Hop Idol 2014 Next up Shane Cortese did a number with Brien and the Blackouts from New York – nice blue suede shoes. Still dancing with the stars

After a musical intermission it was time to give away* a car. Greg Murphy dived into the back of a Ford Falcon to draw a winner. Out of the car full of entries it was a lucky Aucklander who was handed the keys to his car of choice – the 1966 Ford Mustang. The 1966 Ford Falcon was auctioned leaving the 1957 Mark II Zephyr and 1967 retro caravan to be won on Sunday by a Beach Hop entrant. Someone will be making room in the garage this week.


PS. We’d like to join the chorus of people thanking all the Beach Hop organisers and volunteers for putting together such an awesome event year after year. A picnic set to match the Impala

Beach Hop raises funds for local emergency services, according to this years programme around $40,000 was distributed in 2013.

*If you’re wondering what you have to do to win a car, it’s simple. A car is given away on Saturday – you buy a $5 programme, fill in the entry form and answer the easy questions, then drop the form in a competition bin. Head to the Sony Ford Reserve later that day, an entry is drawn, and the winner is phoned. The winner must answer and be at Sony Reserve to claim the car, or there’ll be a redraw, we haven’t seen one yet. In the past couple of years there’s also been a giveaway car, or caravan (this year there was both!) for a Beach Hop entrant. See Beach Hop (and Facebook) for current information. 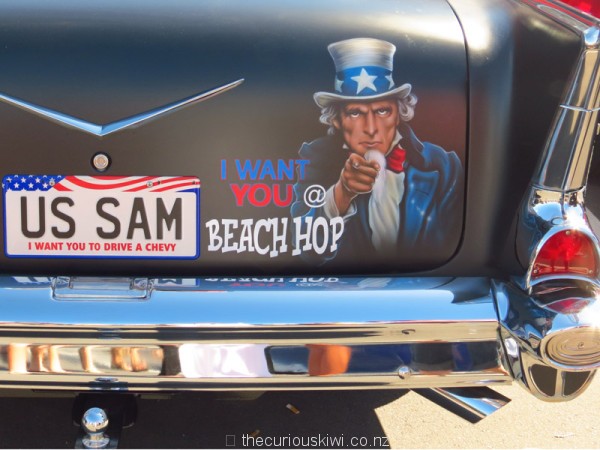