We’re intrigued by steampunk and the stars aligned for us to be in Oamaru for the annual Steampunk Festival. We’re still not entirely sure what steampunk is but for now I’ll go with ‘how those from the Victorian era would have imagined the future’.

It’s open to interpretation and that’s part of the intrigue, and the fun. One of the highlights of the festival for us was steampunk fashion. There were some exceptional outfits, and unlike ourselves who only had one outfit for the weekend, many people wore different clothes and accessories to each event. 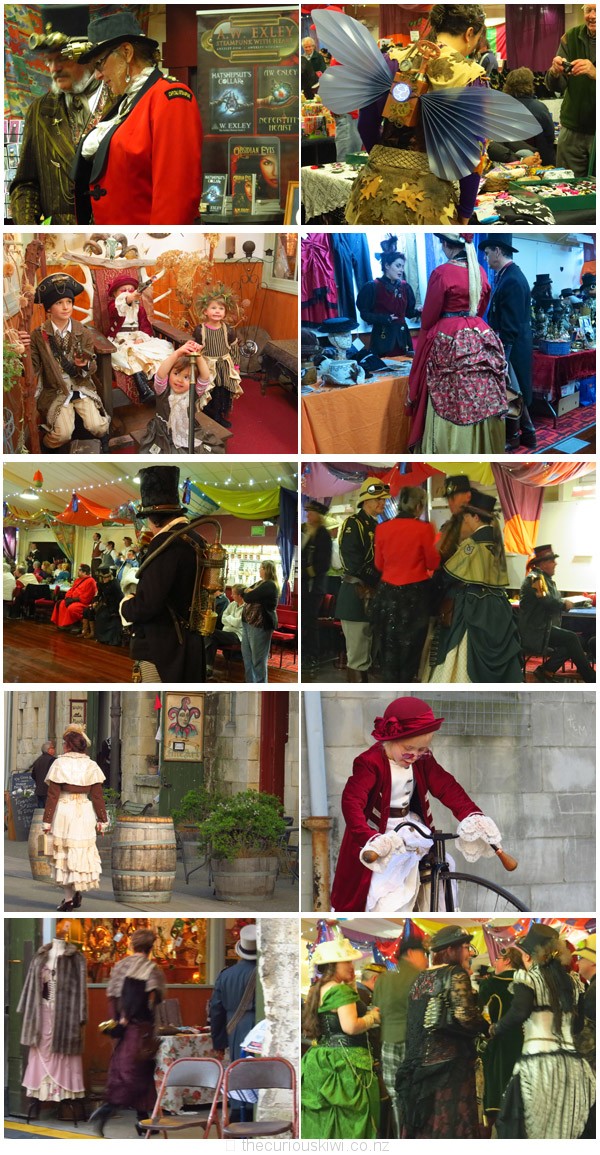 We were initially self conscious wearing our outfits around town, especially at our first stop – a cafe full of leather clad bikers. However I was surprised how quickly we forgot about what we were wearing and got on with enjoying Oamaru. It helped that there were other ‘Victorian imaginers’ on the streets, and that the historic precinct is the perfect backdrop for souped up Victorian attire. 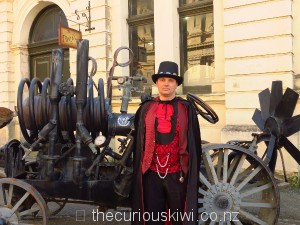 The events we attended ……
‘Oamaru on Fire‘ lit up Harbour Street on Friday night. Fire jugglers roamed the street, giant masks on sticks were paraded through the crowd, and singers and dancers performed on stage. 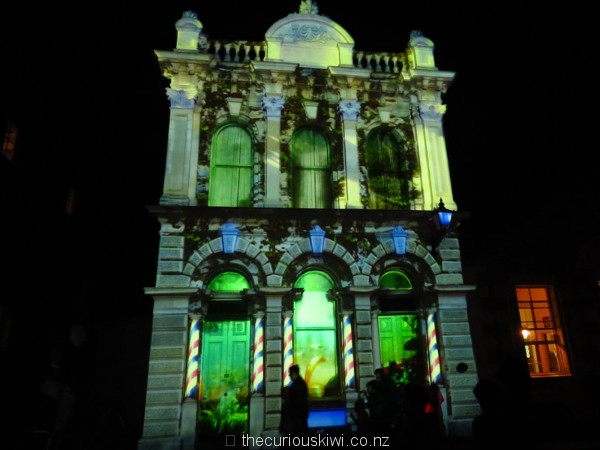 Light shows were projected onto the limestone buildings and amongst it all food vendors set up stalls selling baked potatoes, cheese rolls and bacon butties. We ended the night in The Criterion Hotel listening to two guys doing a fine job of Pearl Jam covers. 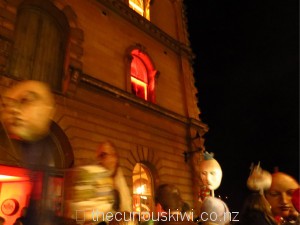 *See (unblurry) masks by artist Donna Demente at Grainstore Gallery on Tyne Street. We spotted some steampunks looking for treasures. 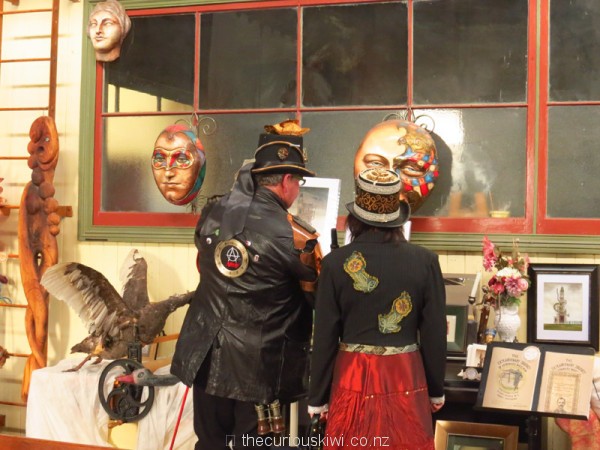 On Saturday we went to the Souq North African Market at the Oamaru Club. There were plenty of quality accessories for sale and it was another chance to see more impressive steampunk fashion. 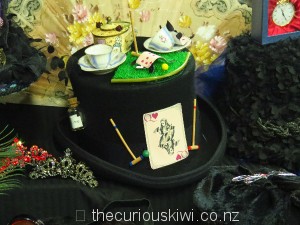 A hat for Alice 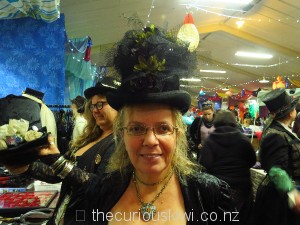 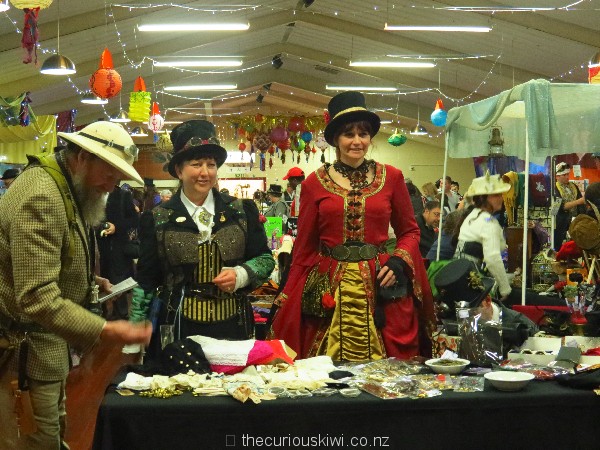 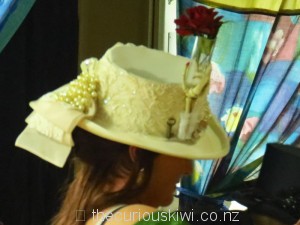 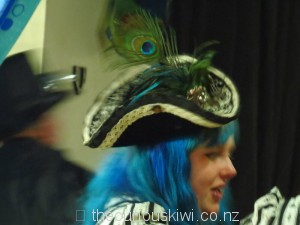 Saturday night airships and teapots were racing, it was the first, but hopefully won’t be the last time we see teapots drag racing. The teapot owners also had to manoeuvre their contraptions around a china obstacle course. 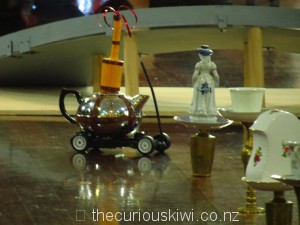 Te Radar was on hand to rescue crashing cups and saucers and to provide directions and encouragement, it was hilarious. The fishing line airship races weren’t as impressive as we imagined, but later on a black airship with flashing lights headed toward the ceiling and put on a bit of a light show. 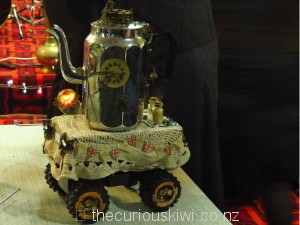 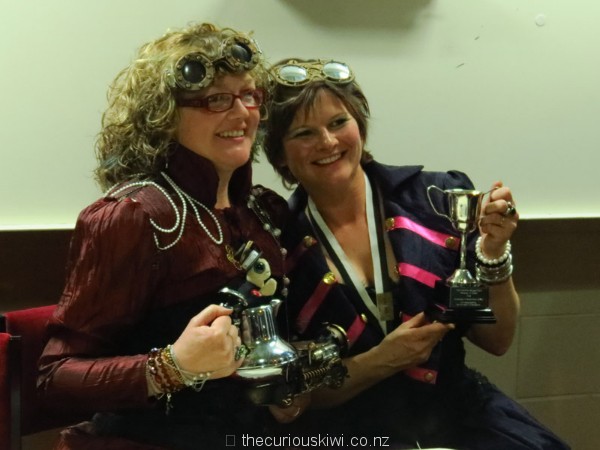 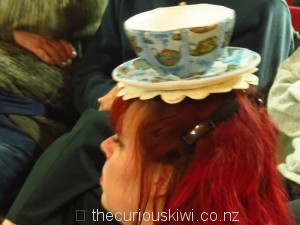 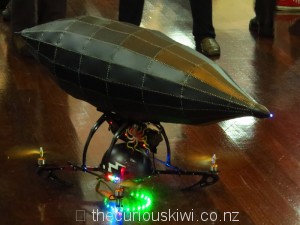 Airship ready for take off

On Sunday morning we checked out the small Oamaru Farmers Market. If we hadn’t just had delicious cheese rolls at Steam Cafe we would have sampled the rolls from the cool ‘Cheese Roll Kombi’. 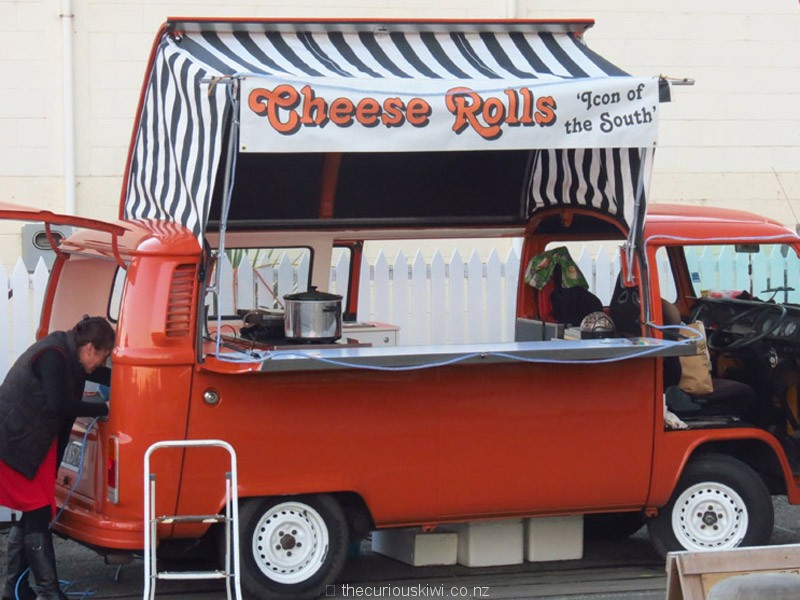 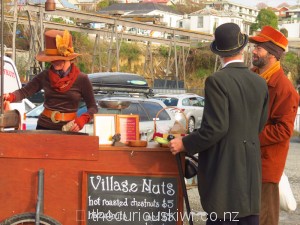 The final event we attended was the Steampunk NZ Fashion Show on Sunday afternoon. Te Radar was once again the host and told the stories attached to the outfits in the Work Wear, Scientist/Inventor, Adventurer/Explorer, and Evening Wear categories. 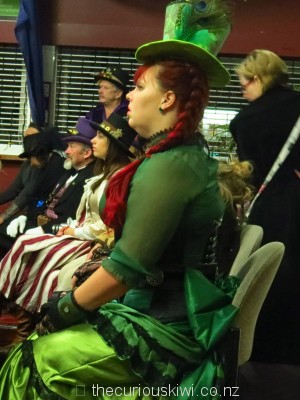 There were around 20 entrants all up and I’m sure I wasn’t the only one inspired to be more creative with steampunk fashion. Photos weren’t allowed but the lovely ladies above and below were in the audience. 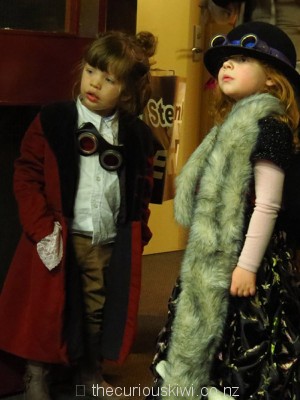 One of my favourite photos

We had an awesome time at the Steampunk Festival, it was our first, but won’t be our last steampunk event – thank you Oamaru steampunks. As for Oamaru, I could rave on for ages about how much we like the character of, and the characters in, the little town, with or without steampunk it’s well worth a visit. 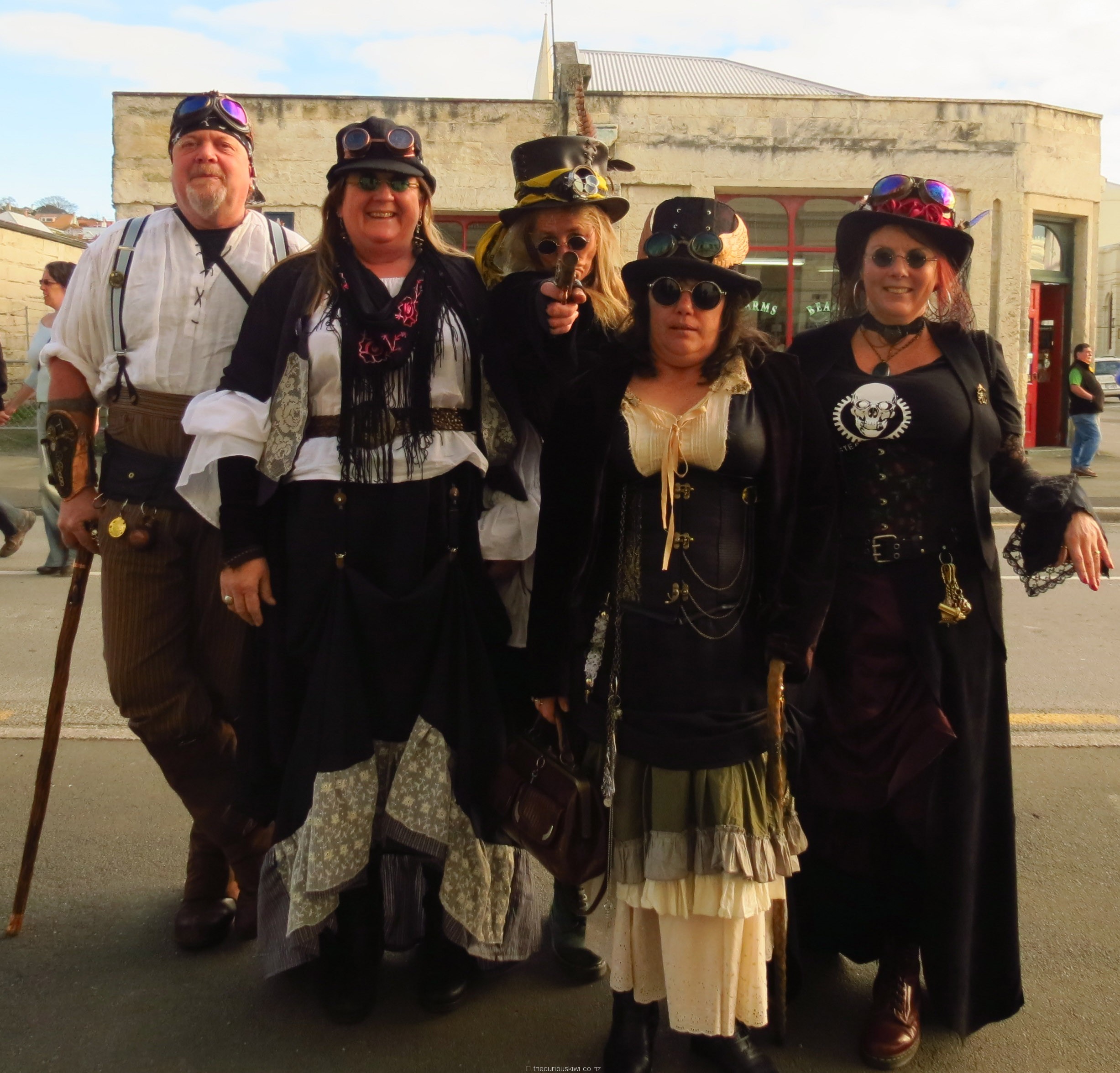 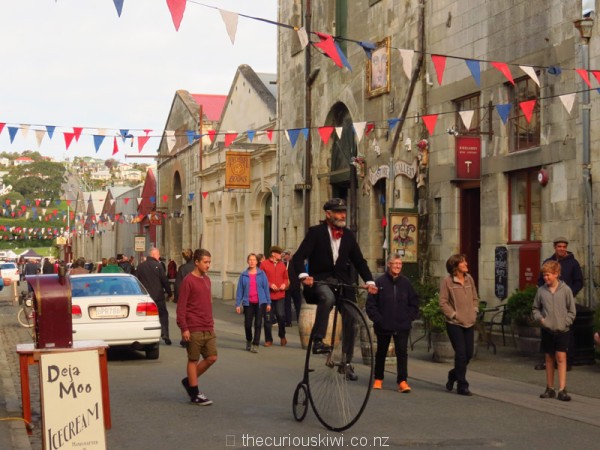