Te Kuiti bills itself as the ‘Shearing Capital of the World’ and has a 7.5 tonne sheep shearing statue to prove it. What gives the town more shearing capital kudos is that David Fagan, a multiple World and NZ Champion Shearer, is a local. David’s son Jack followed him into the woolshed, he’s a gun shearer too, so Te Kuiti should hold its title for a while yet. 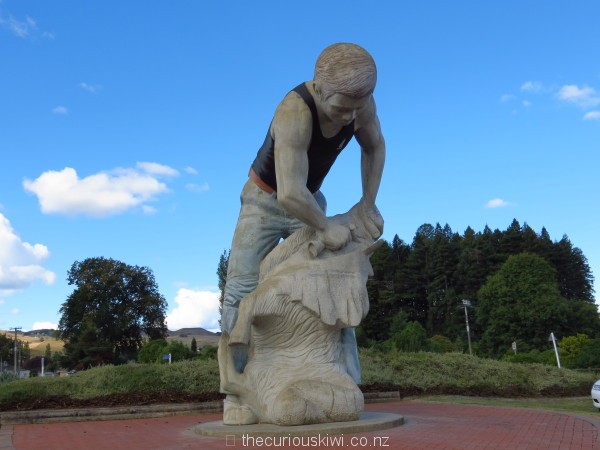 If you visit the shearing statue you’ll read that the NZ sheep population peaked in 1982 at 70.3 million, try counting to 70.3 million the next time you can’t get to sleep!  You might have more luck guessing the number of sheep that run down Te Kuiti’s main street in the annual Running of the Sheep aka The Great NZ Muster. 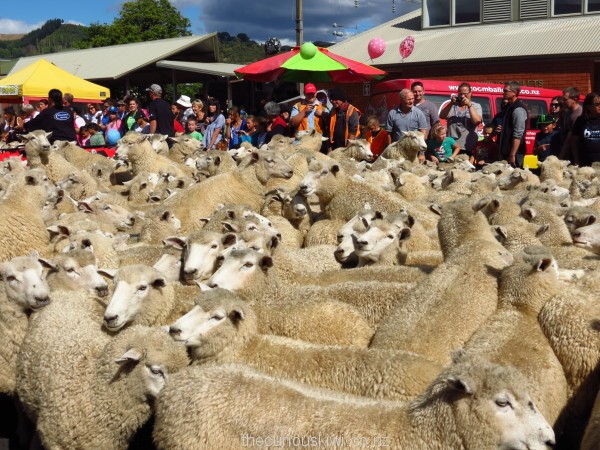 As you see from the photo above, the sheep can have different ideas about which direction they’re heading. In 2013 the musterers had to work hard getting them down the street and onto the back of the waiting trucks. The Tui girls also had their work cut out for them – yeah right. 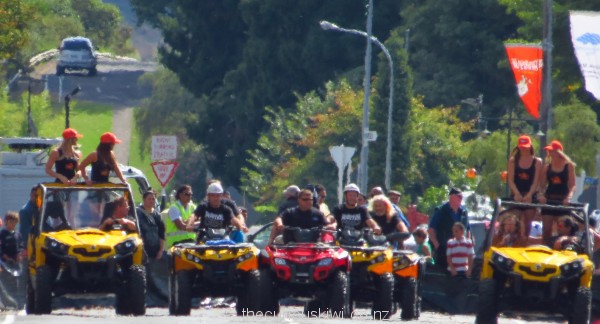 Musterers and Tui girls at work 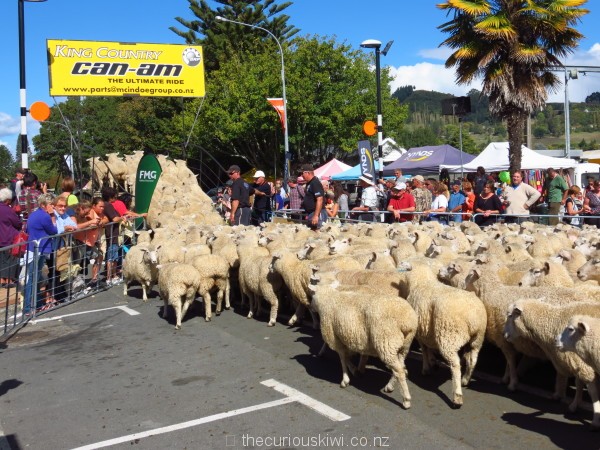 Up the ramp and onto the truck

It felt like all of Te Kuiti came to town to join the festivities. Local businesses changed names for the day, although one of the lawyers – Lamb, Bain, Laubscher, got off scot free in regard to paying for a sign. 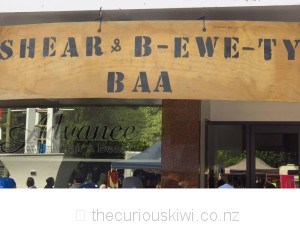 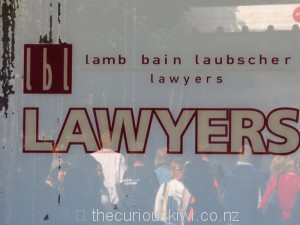 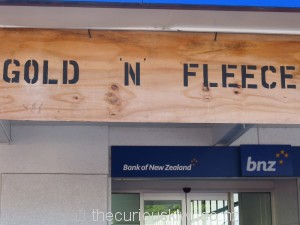 Te Radar was the MC and brought his own brand of sheep humour and his cowboy hat. Mike agreed with him about sheep being excellent for eating and had hot roast lamb roll seconds at the Pio Pio Play Centre stall. 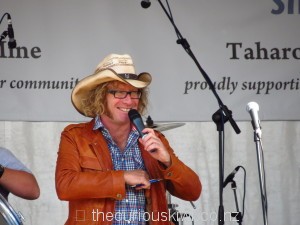 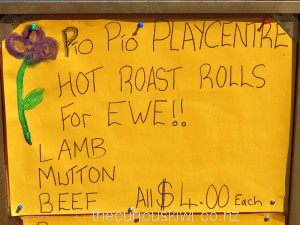 I liked the renegade Highland Pipe Band who performed John Clarke’s (aka Fred Dagg’s) ‘The Gumboot Song‘, appropriately in their gumboots. You can see part of their performance in our short video of the 2013 Great NZ Muster . 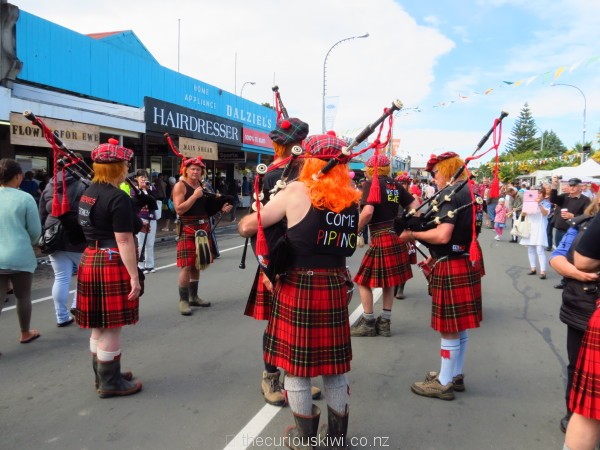 PS. If you’d like to see a sheep being shorn we made a 2 minute sheep shearing video in Matamata, note that world champion shearers like David Fagan can shear a sheep in around 20 seconds!