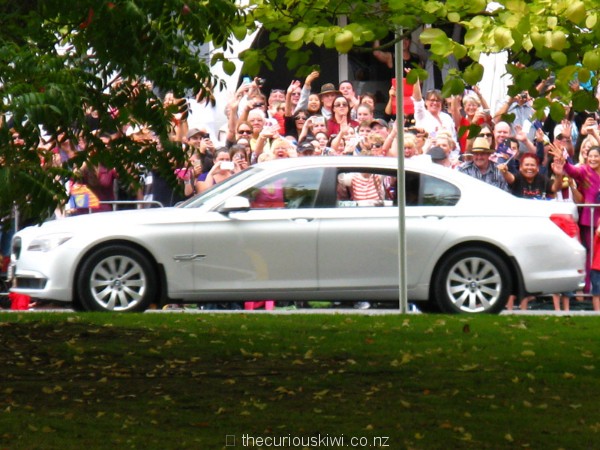 Thirty one years later Prince William has returned to New Zealand with his beautiful wife and son. When I read that the Duke and Duchess of Cambridge would be visiting their namesake, the small Waikato town of Cambridge, I knew it was my chance to capture a wow moment of my own. 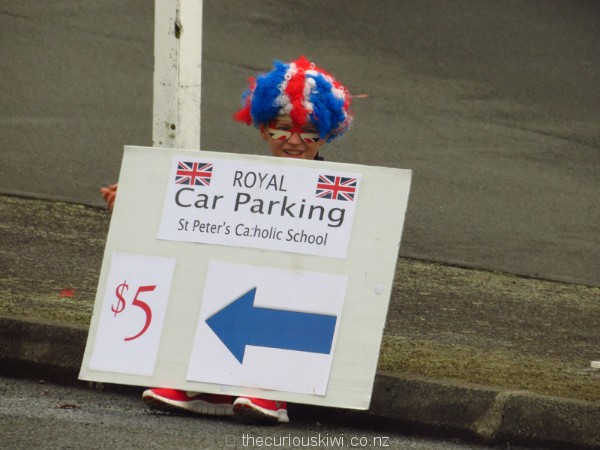 Entrepreneur in training, colour co-ordinated down to the shoes

I was suitably wowed and excited, the crowd cheered as the Duke and Duchess arrived and chants of “William, William” broke out at one point proving that royalty can be treated like rock stars. 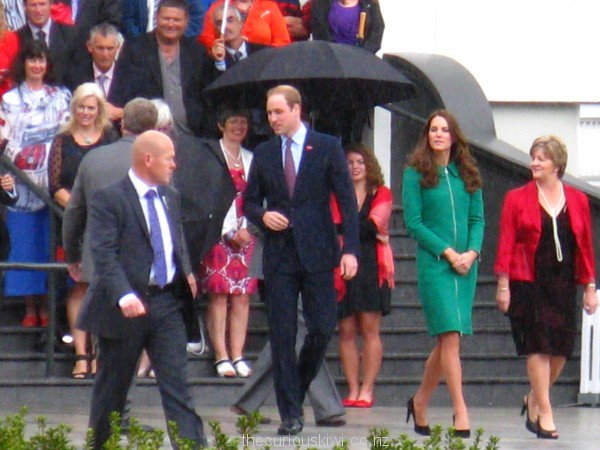 Smiles all round for the Duke & Duchess of Cambridge

Princess Diana would be so proud of her son and daughter-in-law, they have made special memories for so many people in New Zealand, ourselves included. The royal couple will be making special memories today too as they experience a thrilling Shotover Jet boat ride. If the rock star adrenalin didn’t kick in yesterday in Cambridge it will today in Queenstown. 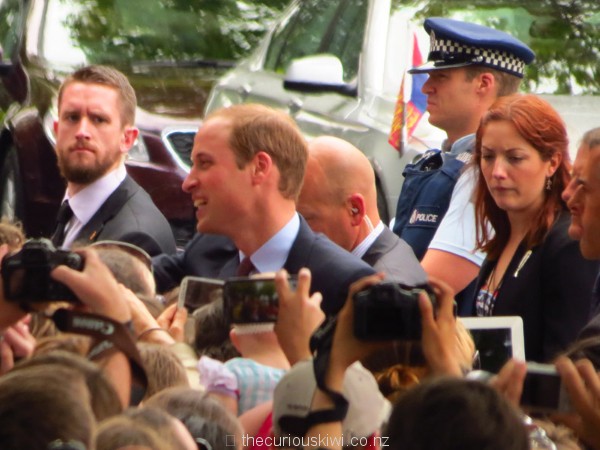 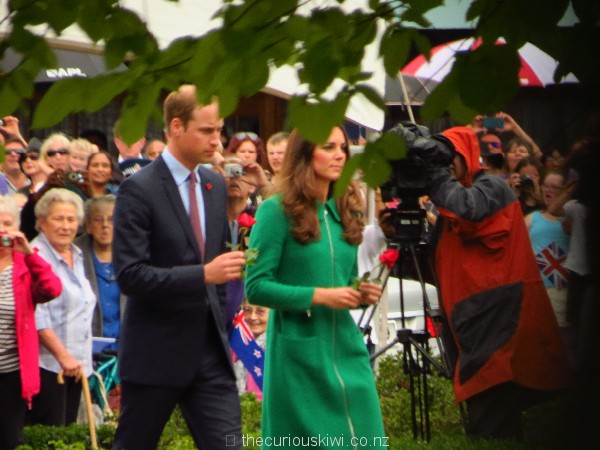 The Duke & Duchess with roses of remembrance at the Cambridge Cenotaph 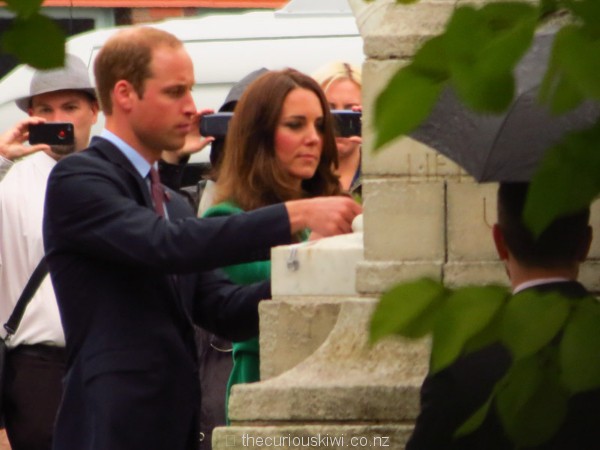 A thoughtful moment at the Cambridge Cenotaph

The flag below was hanging in a window in Cambridge and is an original from the 1953-54 Royal Tour. It was the first time a reigning monarch had visited New Zealand. If I knew the Queen and Prince Phillip had attended 110 functions and visited 46 towns or cities during their 40 day tour I may not have been so surprised that the Prince and Princess of Wales went to Wanganui. (If you’re curious, details of the 40 day tour are here). 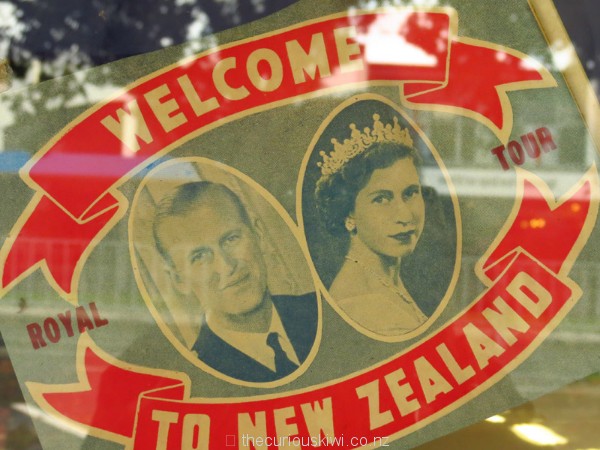 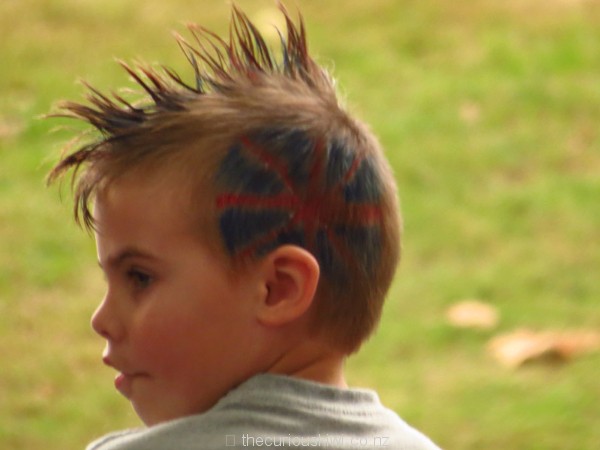 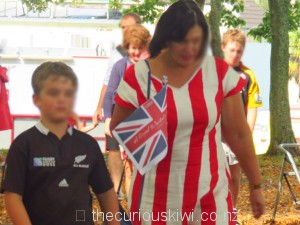 Future All Black & a Royalist 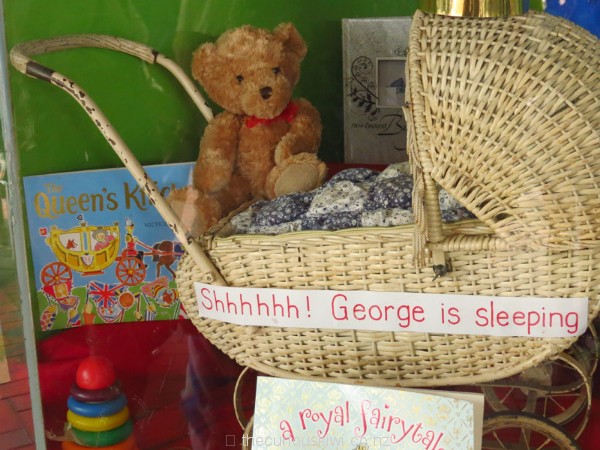 A royal fairytale in Cambridge … shhhh George is sleeping 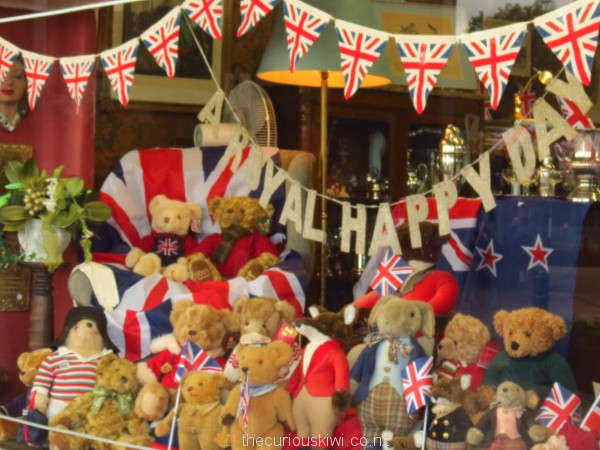 2 thoughts on “Royal Tour: The Duke & Duchess come to Cambridge”