“Oh, you can search far and wide, You can drink the whole town dry, But you’ll never find a beer so brown, As the one we drink in our hometown …” so goes a song written by the film writers of The Lord of the Rings trilogy. 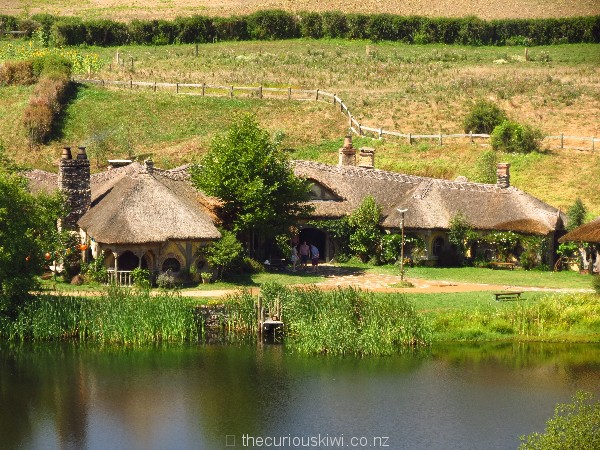 The Green Dragon Inn from afar 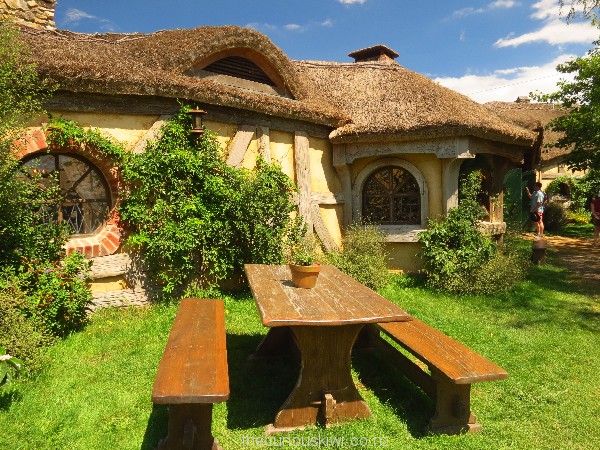 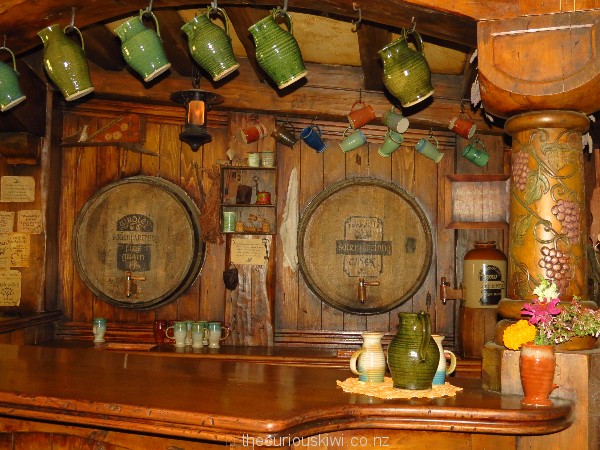 Cheers from the Green Dragon Inn

Mike matched a stein of Girdley fine grain amber ale with a beef and ale pie. I chose the non alcoholic Frogmorton ginger beer, just in case the alcoholic brews put hair on my feet. 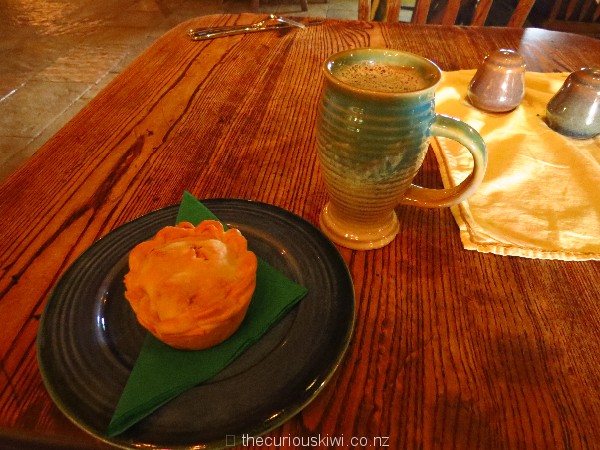 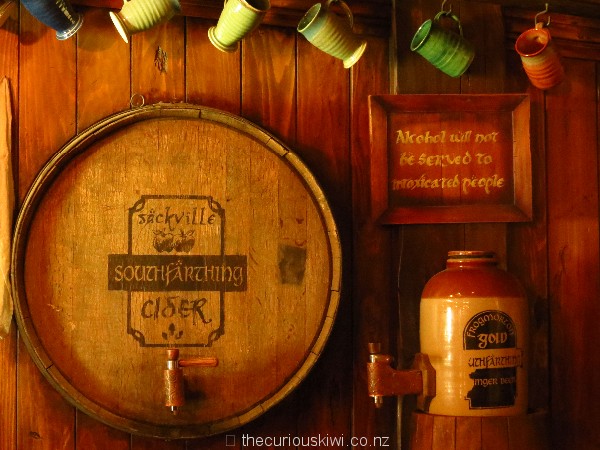 Barrel of Sackville Cider and flagon of Frogmorton Ginger Beer

Unlike the hobbit houses you see on the Movie Set Tour, The Green Dragon Inn has been faithfully reproduced both inside and out. Given I’m not a big fan of the movies I don’t remember how the Inn looked on film, but in real life it’s one of the best looking pubs I’ve had the pleasure to drink in. 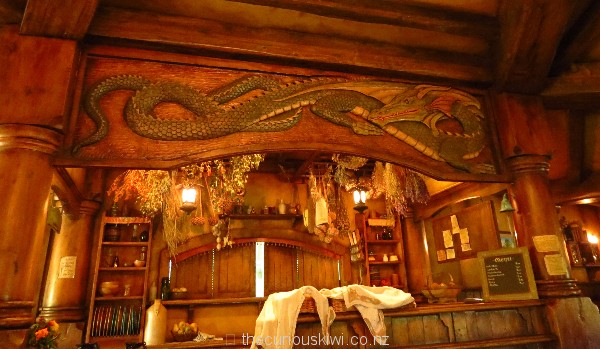 The carved green dragon above the food service area

The wood, stone and earthy colours used in its construction and design make it feel warm and inviting. Bright colours hang in the bar in the form of steins and jugs, and carved grape vines curl around some of the wood work. 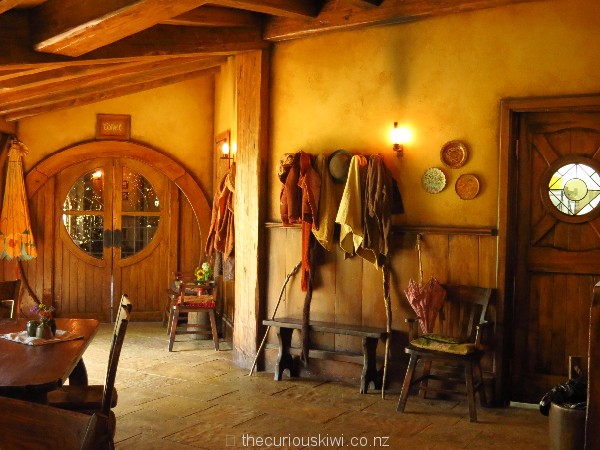 Walking sticks and jackets waiting for their rightful hobbits

It’s tempting to settle in by the fire, or take up knitting in the leather arm chair by the window, but unfortunately time is limited* in the fairy tale setting that is Hobbiton and The Green Dragon Inn. 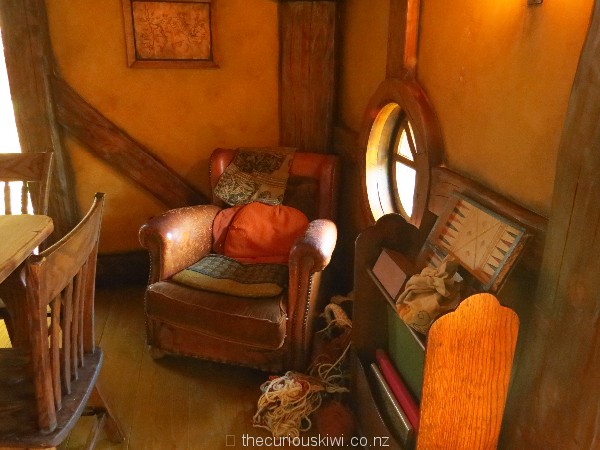 A good spot to sit by the window and knit 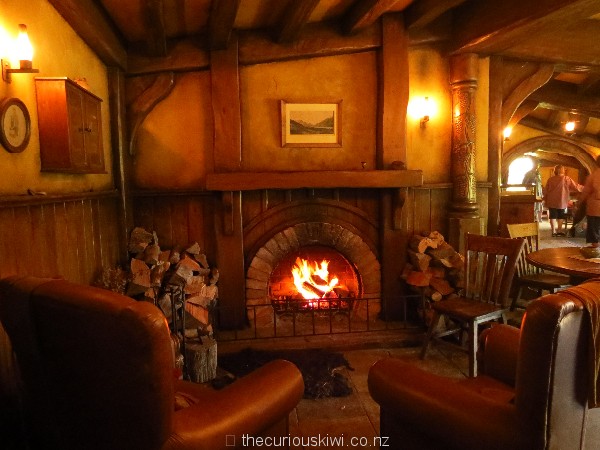 A blazing fire for a winters day 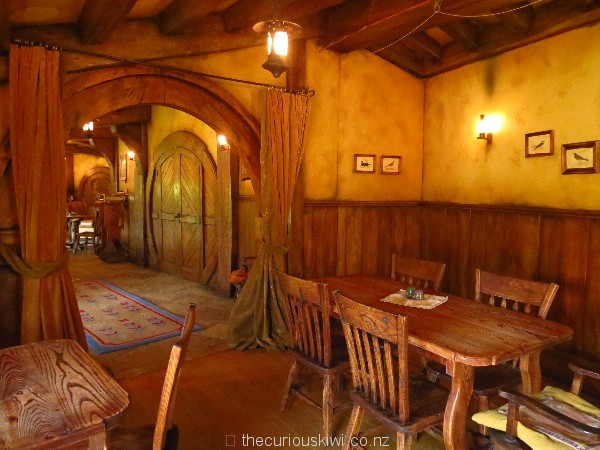 There’s plenty of seating inside 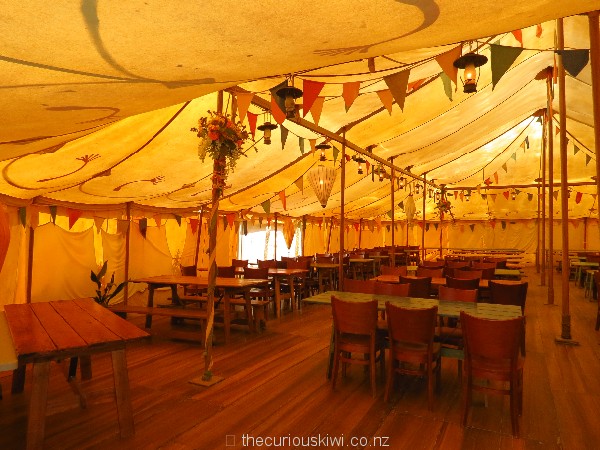 Themed marquee next to The Green Dragon, used for private tour groups and functions

*If you’re wondering why you can only spend 20 minutes in The Green Dragon it’s because of the large number of people taking a Hobbiton Movie Set Tour. Below is a photo that shows three tours in progress, there’s no way the Inn could hold all those who would like to stay for another Southfarthing brew or two. 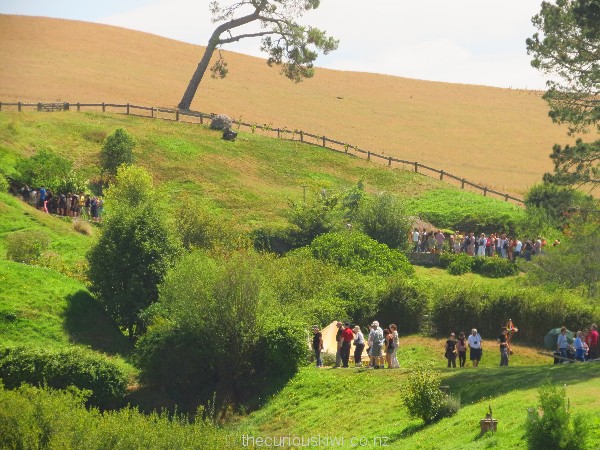 Shortly after we left The Green Dragon a woman on our tour asked me if the sheep below was real (I saved my giggling for later). Fair enough, Hobbiton was a movie set, and it’s also an usually big sheep. If Weta Workshop can create King Kong, I’m sure they’d also design a realistic Romney. 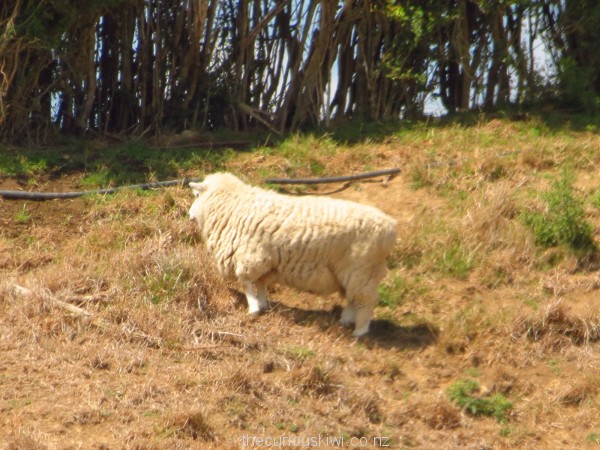 Is this sheep real?