It was a bring the brolly Beach Hop this year and the changeable weather had an impact on the number of spectators at the Grand Parade on Saturday morning. We found it a lot easier to find a space to watch the vehicles rumble by than we did last year.

Krusnn in the Grand Parade 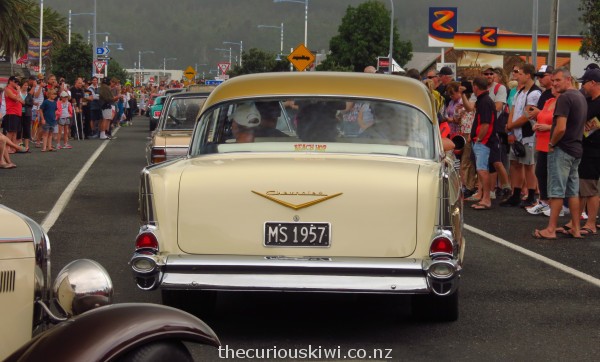 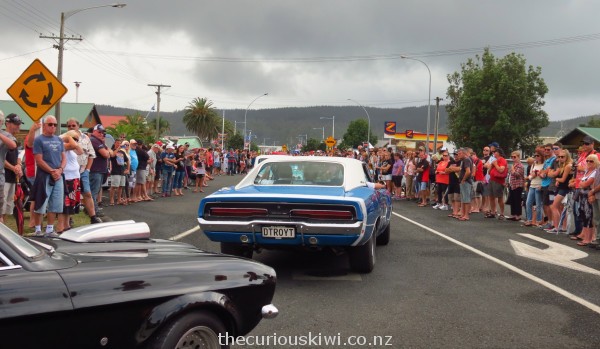 We arrived in Whangamata on Friday to see the Thunder Cruise to Onemana Beach. We followed the lead of all those parked along the route to watch the convoy.

Waiting for the Thunder Cruise convoy

Two of the loudest cars I heard on the Thunder Cruise crossed paths on Port Road in Whangamata later that day – the big American Chevy (US SAM) and the blue Holden Monaro (PROFAT). There’s definitely an unofficial competition at Beach Hop – who can do the most lengths of Port Road, the Z petrol station gets all the prizes. 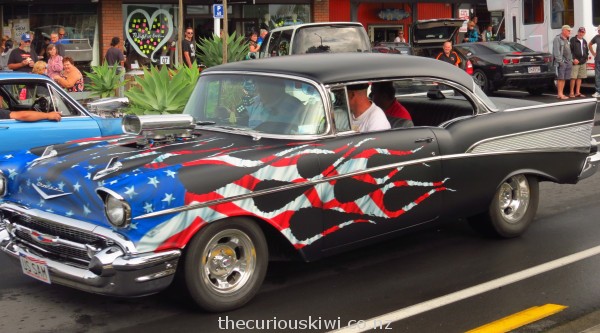 Bringing the thunder to Beach Hop

On Friday night we listened to Redemption Brothers at the Whangamata Club and watched rock ‘n’ roll dancers twirling and fast stepping all over the dance floor. If you’re into rock ‘n’ roll music there’s plenty of opportunity to hear some really good bands over the five day festival. 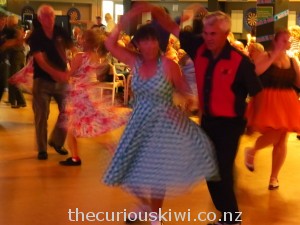 There was a big gathering of umbrellas at the Ford NZ Reserve on Saturday afternoon for the Hop Idol finals, Retro Pin Up competition and Junkyard Fashion Show. There was also an auction for a surf board with all funds going to support local Ella Williams, 2013 Junior Women’s World Champion Surfer. It’s Ella’s dream to be a World Open Champion, after watching this video and reading about Ella’s family it’s easy to see why a really good bloke engaged in a bidding war and paid $20,000 for the surf board. Go Ella. 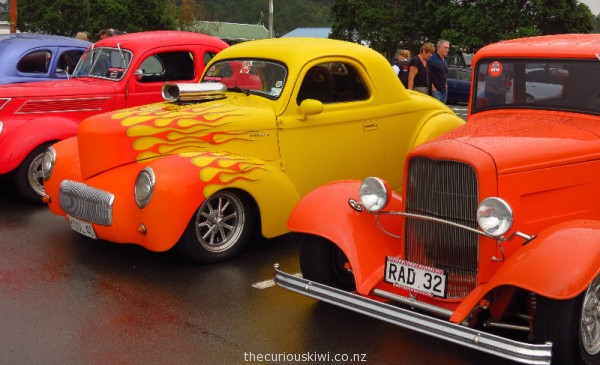 When it came time for the major prize draw a guy called Russ found out he was at the wrong place at the right time. A redraw was made and a young woman from Auckland was at the right place – the Ford NZ Reserve. She chose the 1950 Ford Mercury as her prize over the Betty Boop caravan or $10,000 cash. 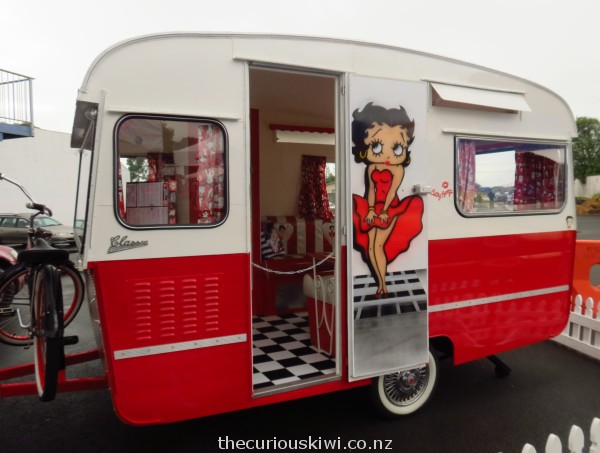 PS. A selection of  cool caravans at Beach Hop. For excellent day by day coverage of Beach Hop 2015 head to The Motorhood.