I’ve always been curious about gum digging and wondered what the gum was used for. I could have gone to Google but there is no better place to learn about the industry than the Gumdiggers Park near Awanui.

The park is set on an original gum field and preserves the history of the gum digging era. You’ll see the tools and equipment used in gum digging as well as what a typical gumdiggers village would have looked like – sack huts with chimneys that caught fire. 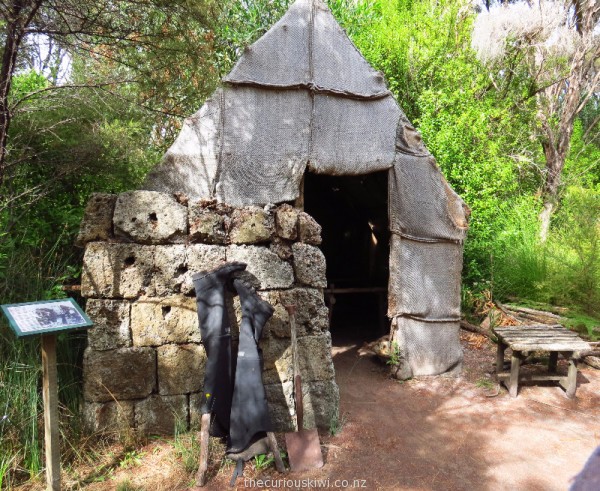 There are also big holes where the diggers dug for gum (watch the kids), as well as kauri logs that are thousands of years old. A video, photos and newspaper articles provide interesting background information on the gum digging industry and the history of Northland.

What some countries call Wellington boots, New Zealand calls gumboots*, some say it’s because so many gumdiggers wore them.

Gum digging was a big source of income for the Northland area between 1870 and 1920. The gum digging industry grew from kauri trees. When a kauri tree is damaged it produces a resinous sap to seal the wound and protect the inner wood. The sap settles into hard lumps and eventually falls to the ground. Over thousands of years the sap hardens and forms kauri gum, also known as copal.

The kauri gum at ground level was collected by Maori and used to light fires, chew, and as a pigment for tattooing. 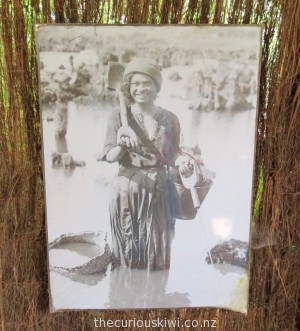 Maori woman at work on the gum fields in Northland

By the mid 1840’s kauri gum was being exported to England and America to be used to make high quality varnish.

By the 1860’s much of the ground level gum had been collected, but demand for gum was still increasing. 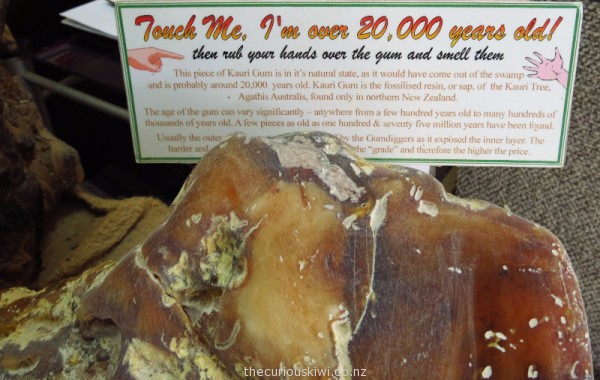 In the 1870’s around eight thousand men arrived from Dalmatia to dig for gum in the ancient kauri forests that had been buried after a natural disaster – possibly a tsunami or meteorite. Parts of the forest had been preserved in peat for thousands of years so there was still plenty of kauri gum to be found.

Inevitably, as the number of gumdiggers increased, the demand for gum fell due to over supply. However the First World War saw supply drop due to men being posted overseas. 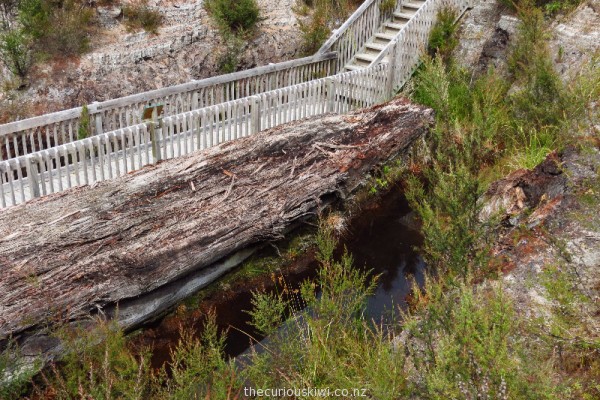 Around 1910 low grade gum began being used to make linoleum, but by the 1930’s kauri gum alternatives were being developed and the gum digging industry fell into decline. Many men moved on to, or returned to farming, and some of the Dalmatians established wineries in West Auckland.

The story of the gumdiggers doesn’t end there though, the kauri timber that they unearthed is today being used by scientists studying climate change.

4 thoughts on “Gumdiggers Park near Awanui”