G Force Paragliding, Skyline Gondola, Bob’s Peak
After a legal high in Paihia with Flying Kiwi Parasail I’ve been keen to keep my feet on the ground, or at least on the water. It was the white collar crim turned high flyer who was brave enough to fly off Bob’s Peak with G Force Paragliding. 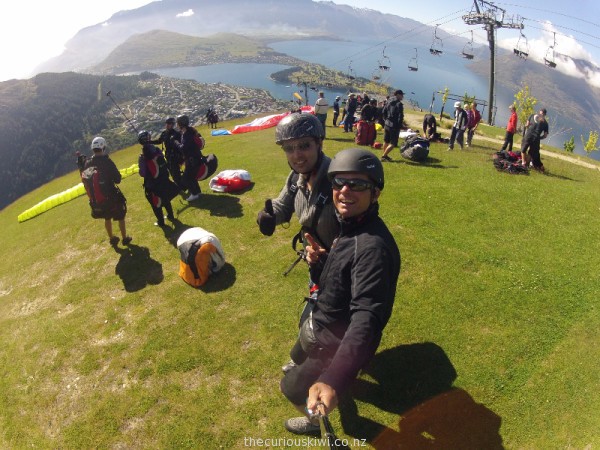 Getting ready to go

Mike was matched with Rene for the tandem flight, and strapped into a harness – part of the harness turns into a chair once you’re in the air. With the paraglider wing open behind them, they took a few steps down hill, the wing inflated, and they had lift off. 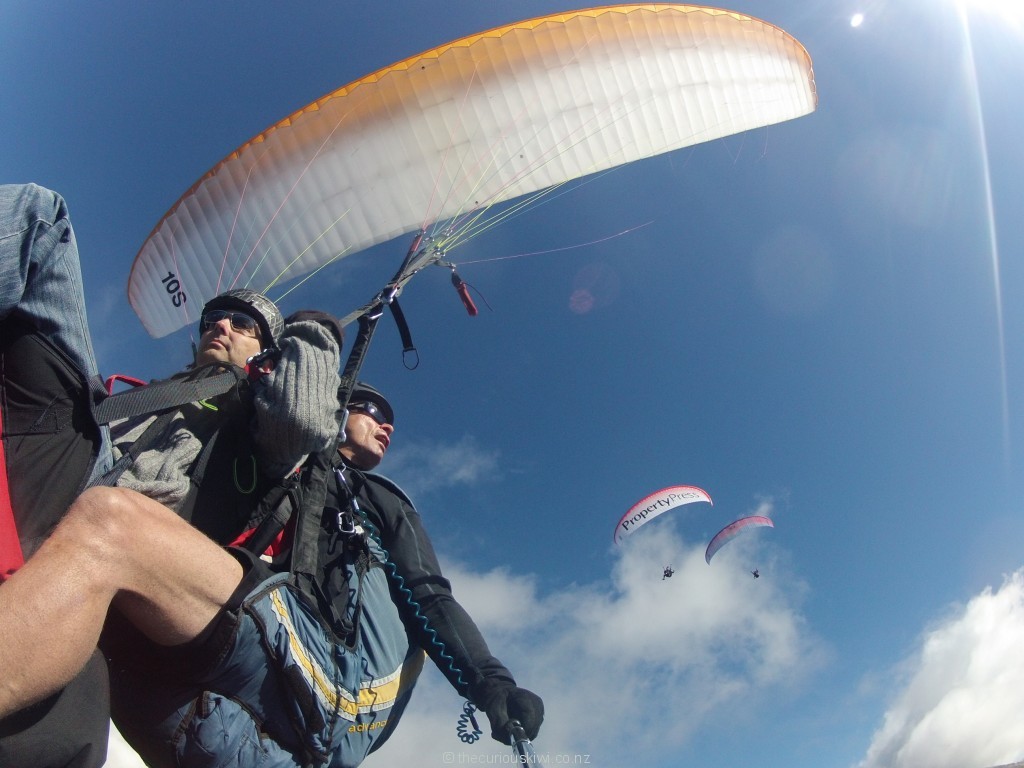 A trio of tandem flyers 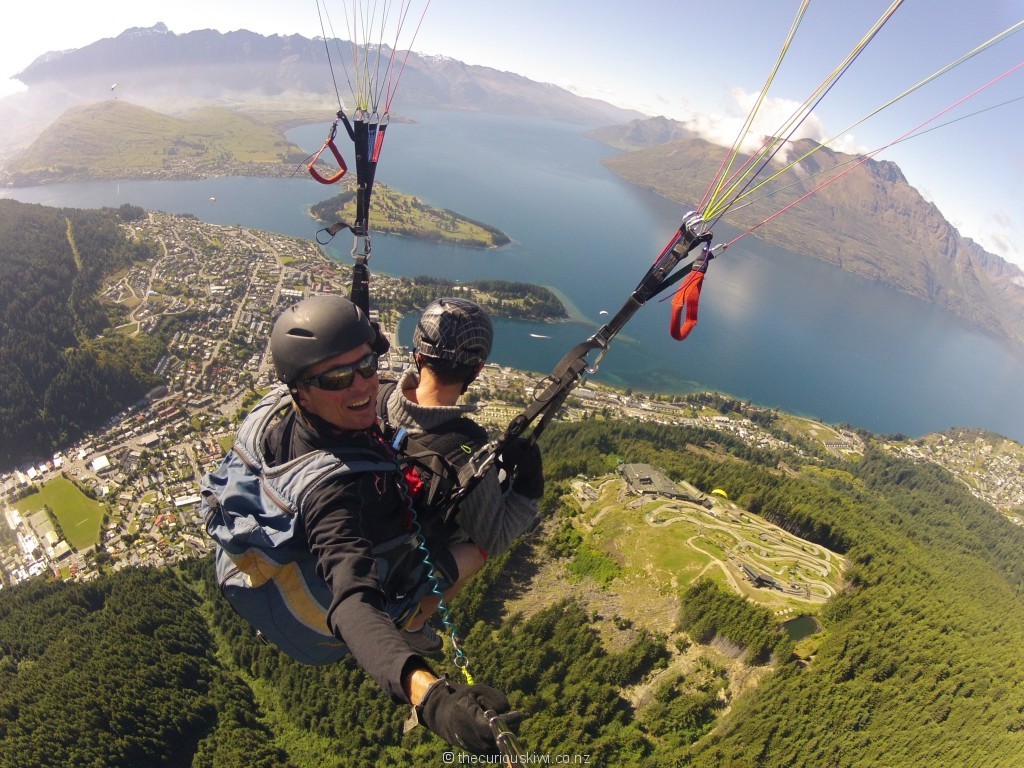 Warm air currents lifted them up and they soared above Queenstown for at least 15 minutes (G Force advertise an 8-12 minute flight). Mike highly recommends paragliding – floating and swooping in the air is amazing he reckons, I’ll take his word for it. 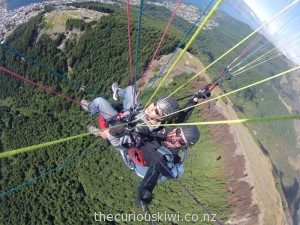 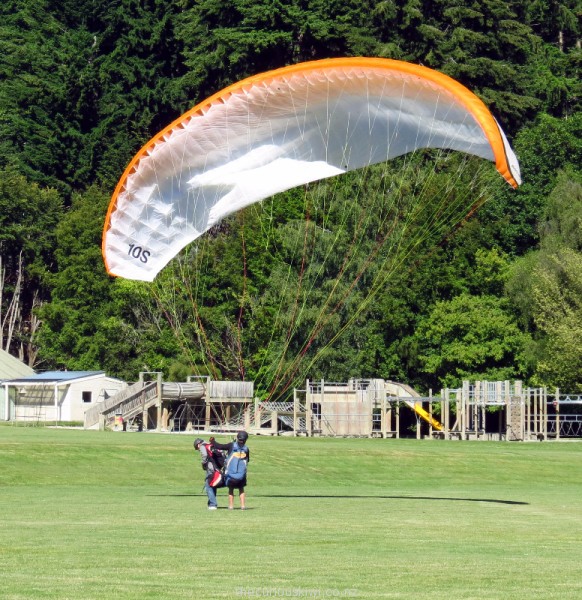 He did an unexpected breakfast release manoeuvre near the end though, his tips – release to the side, and consider taking something for motion sickness if you think you might get queasy. (He apologises to Rene for any decorations he may have left on the harness)

A tandem trip with G Force Paragliding costs $199 per passenger or glide before 9am for $179 (Skyline Gondola trip included). Add an optional $40 for photos and video. If you’re a spectator head to Queenstown Primary, 20 Robins Road to watch the paragliders land. (G Force also launch from Coronet Peak and land near Arrowtown).