Take a walk with words to celebrate National Poetry Day …..

Haiku Pathway, Katikati
Sandwiched between Robert Harris Cafe and Hammer Hardware in Katikati you’ll find the main entrance to the Haiku Pathway.The haiku are engraved on boulders along the path that follows Uretara Stream …. 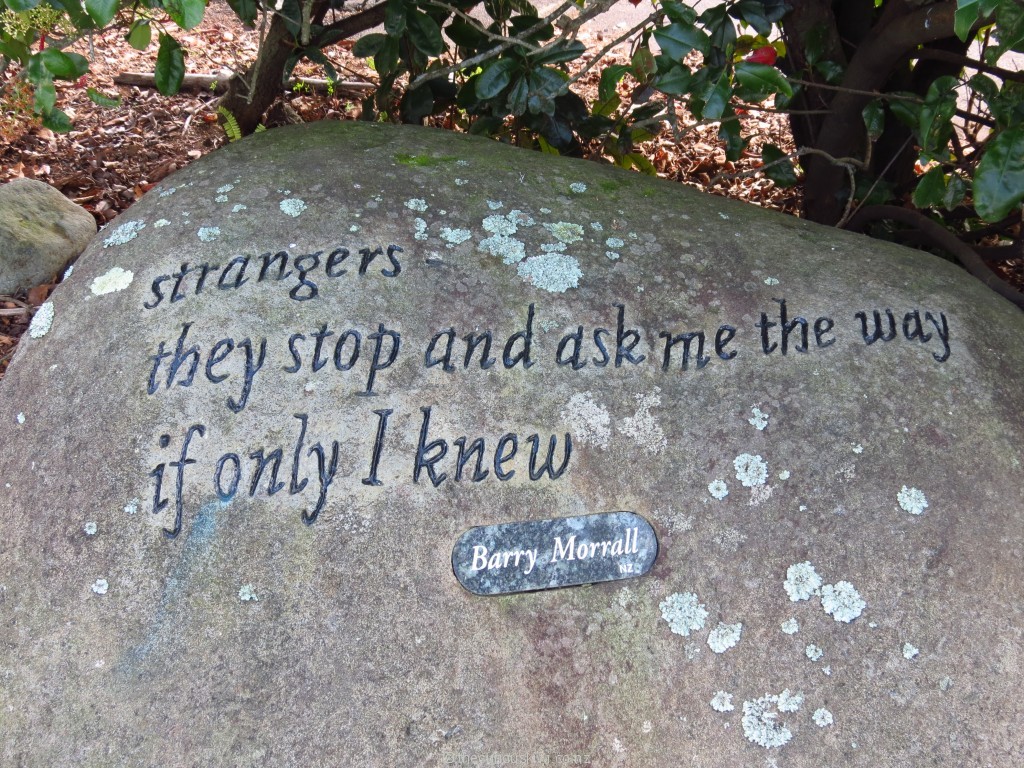 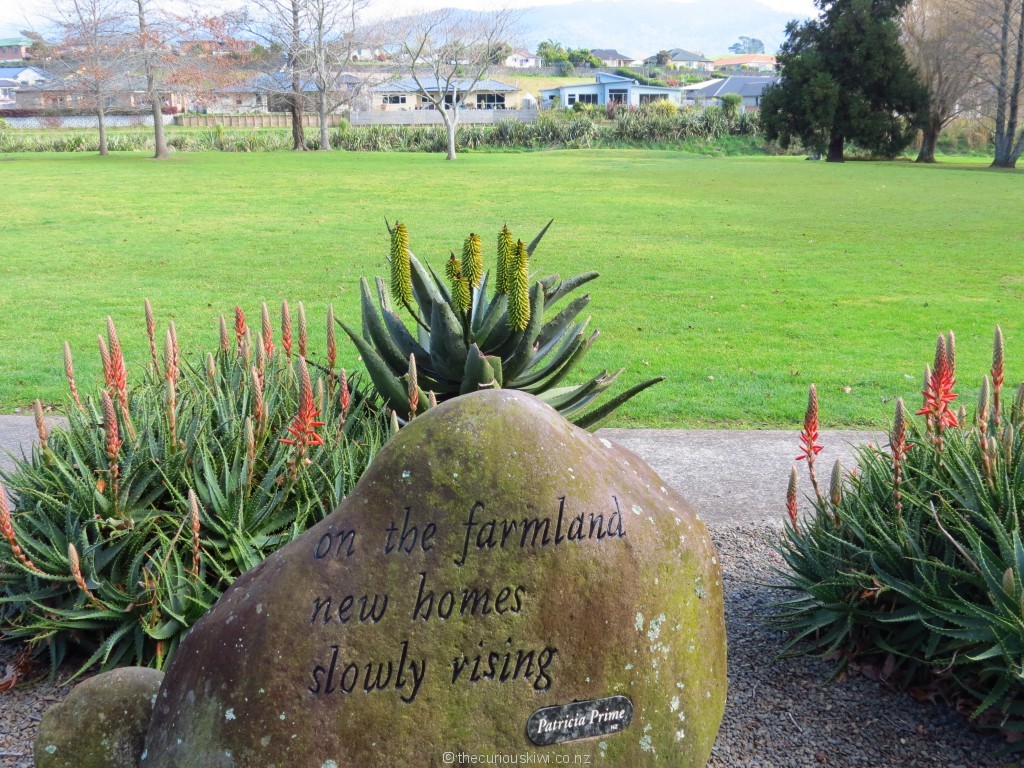 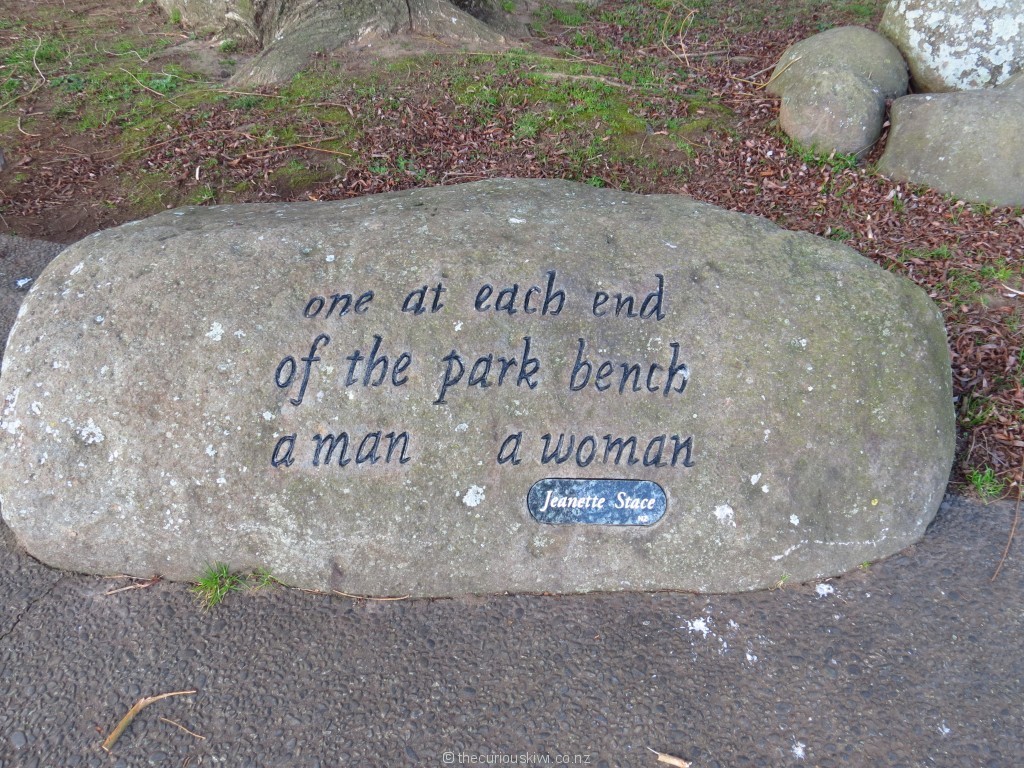 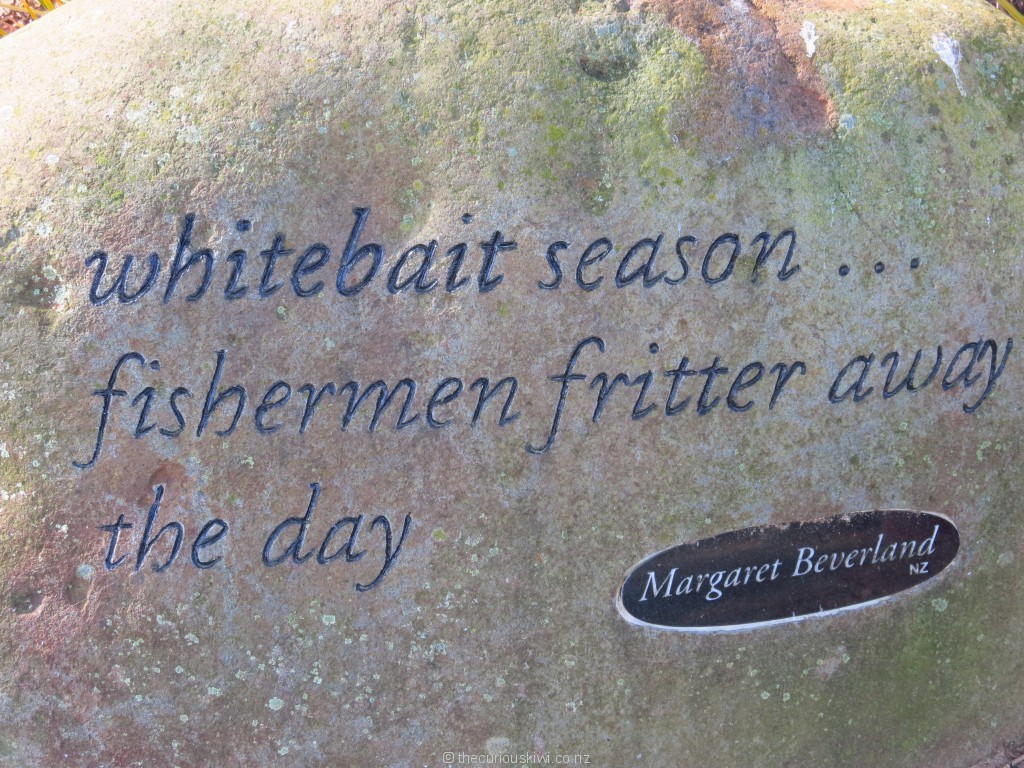 Words on Walls in Napier
Many of Napier’s streets are named after poets, it seems a natural progression to write Words on Walls….

Janet Frame’s words (above) are on the wall in Theatre Lane near The Kitchen Table Cafe and Community Art Space.

Words on Walls is an ongoing project, visit the i-SITE on Marine Parade for an up-to-date map.

Wellington Writers Walk
The Wellington Writers Walk on the waterfront has a series of sculptures with quotations from New Zealand writers with a Wellington connection. Poets quoted include James K Baxter, Denis Glover and Sam Hunt. Vincent O’Sullivan is quoted below, the words are from the poem “Driving South with Lucy to the Big Blue Hills”.