The Whanganui River was first settled by Maori, this map shows the numerous marae and former pa sites (fortified villages). One of the most striking features of the *79km Whanganui River Road is the number of meeting houses you see along the river. There is protocol surrounding a marae visit so it’s respectful not to enter without an invitation. 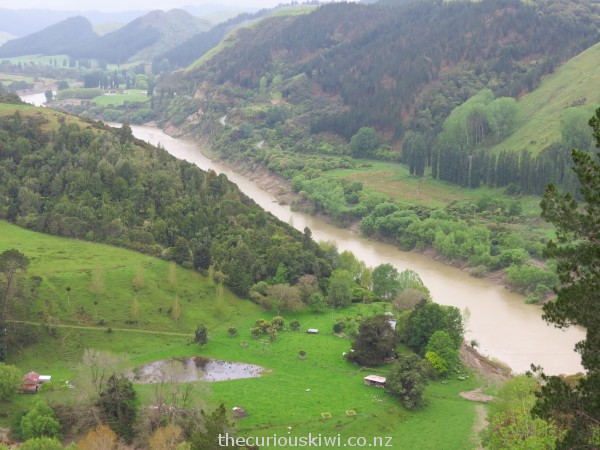 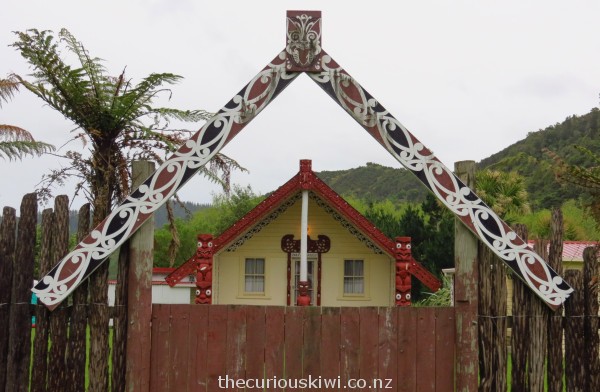 We travelled from Wanganui to Pipiriki in the rain which added a moody feel to the landscape, and rain mixed with mud made a good reason to clean the car when we got home.The road is narrow and windy in places so take it slow and be prepared to give way. 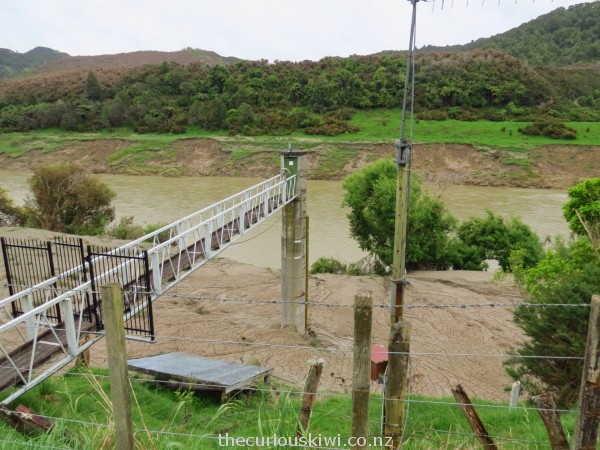 Around three kilometres after the river level marker look out for the Oyster Cliffs. This area was once under the sea and layers of fossillised oysters can be seen in the cliffs along the road. 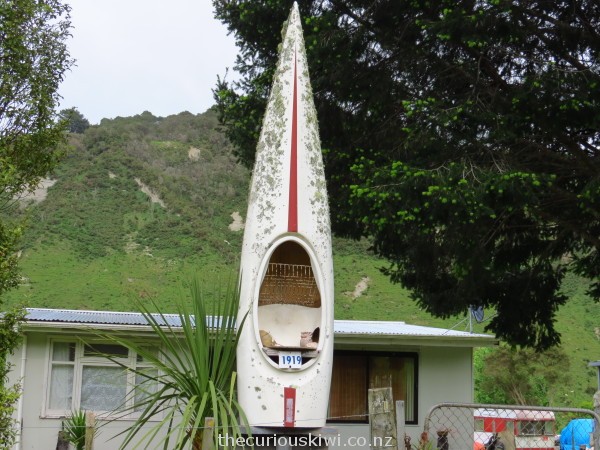 For a glimpse back in time, this photo shows a group of Maori outside Te Rangihekeiho meeting house (below), the photo was taken between 1874 and 1900. I’m not sure if all the meeting houses we saw along the river are original, but all of the marae are well looked after. A recent Whanganui River settlement ensures a healthy future for both the river and all associated with it. 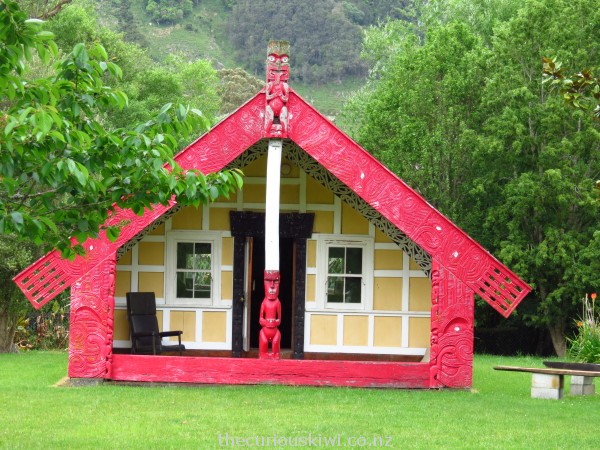 The cute little Downes Hut is named after Thomas William Downes. Mr Downes worked for the Whanganui River Trust and used the hut as his headquarters in the 1930’s. The hut is now owned by the Department of Conservation and is used by canoeists and trampers. 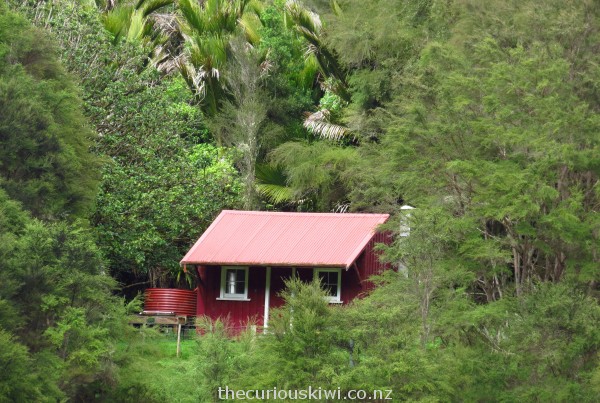 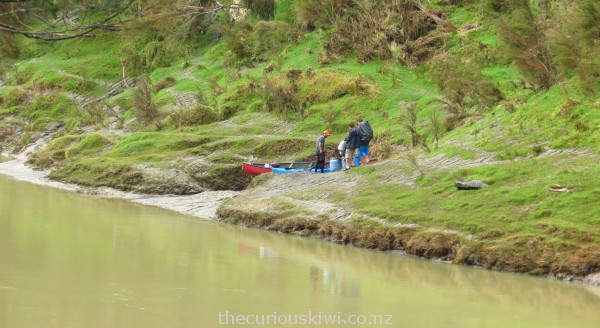 Canoes are a popular way to get down the river today

The Flying Fox is an unusual accommodation option 42kms or so down the river road. Sadly one of the talented owners, Mr John Blythe, passed away suddenly in 2013 so the property was closed for a time. He had started another accommodation project which has now been completed and bookings can be made from September 2014. You can stay in a unique cottage or in the hand built cabin on wheels – The Glory Cart. 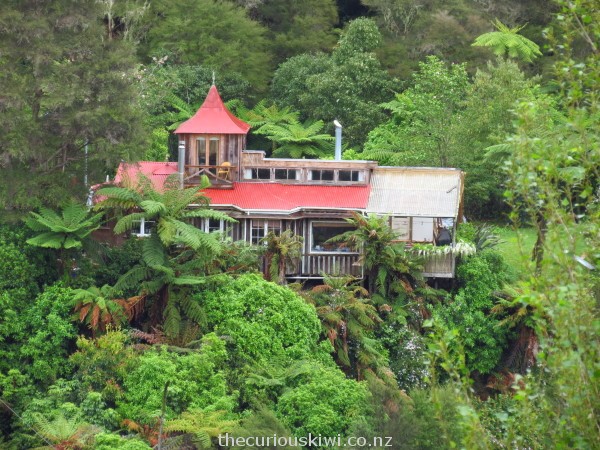 The Flying Fox Retreat, located across the river 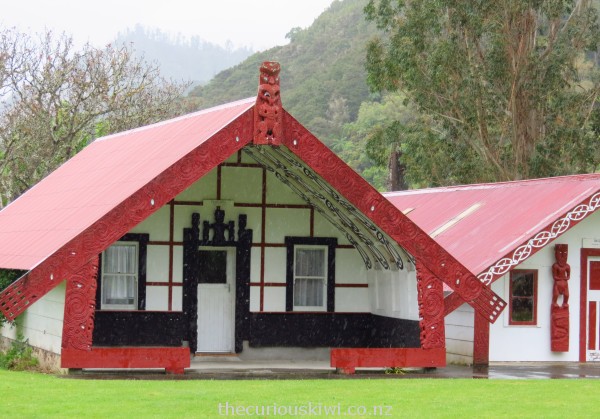 Kohu Cottage is another accommodation option. 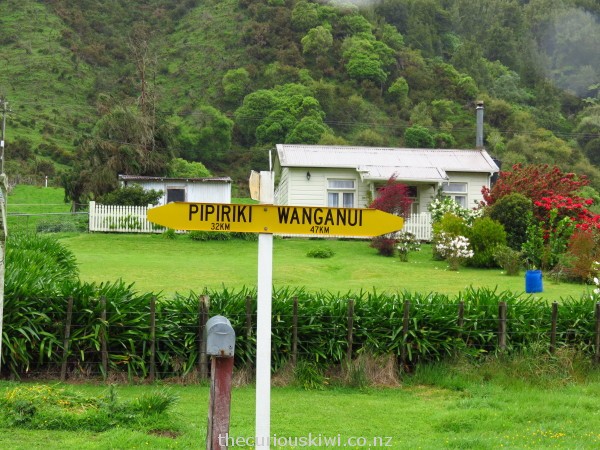 Kohu Cottage accommodation in the background

A former school is now Matahiwi Cafe & Gallery. Outside the cafe is the wooden boat used in the movie River Queen which was filmed on the Whanganui River. 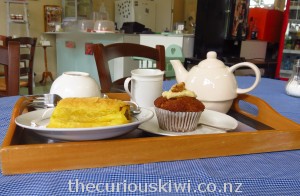 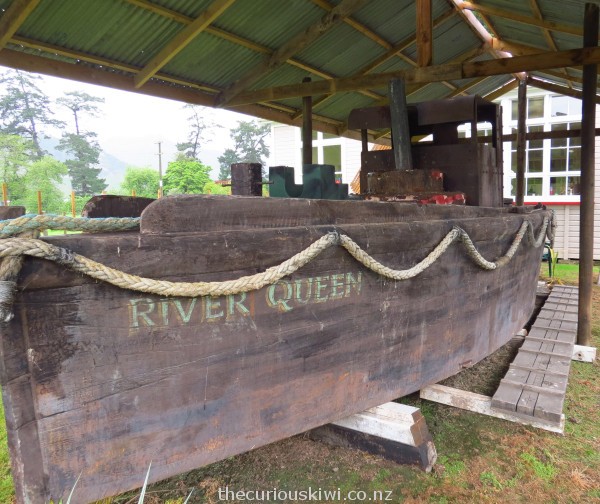 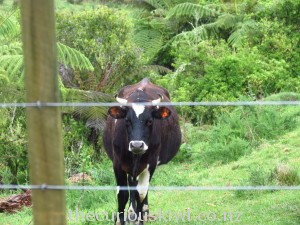 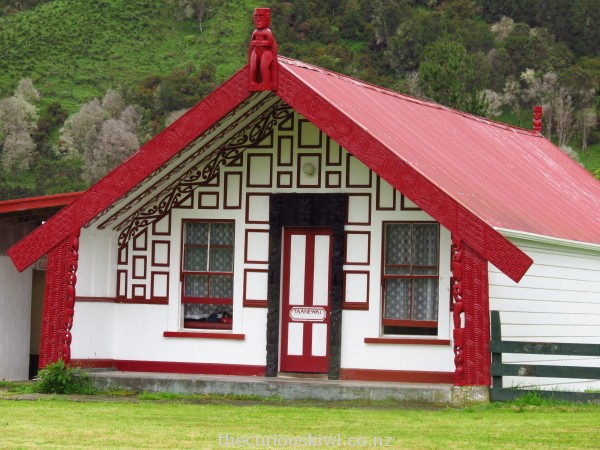 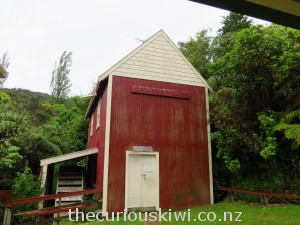 The Kawana Flour Mill operated from 1854 until 1913. The mill building is a replica but the water wheel and millstones are original, as is the relocated miller’s cottage. (The flour mill is 54kms from Wanganui). 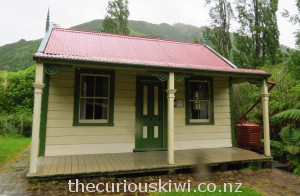 Miller’s cottage behind the mill

It’s worth going inside the mill to see photos of the river boats that graced the Whanganui River, once promoted as ‘The Rhine of the South’. The first regular steam boat service started in 1892, prior to the river road opening in 1934 river boats were the way to travel and were popular with tourists.

Today you can board the paddlesteamer Waimarie in Wanganui and travel up to Upokongaro. The boat was salvaged from the Whanganui River in 1993 after sinking in its berth in 1952. Restoration work was completed and the PS Waimarie started transporting passengers again on 1 January 2000. 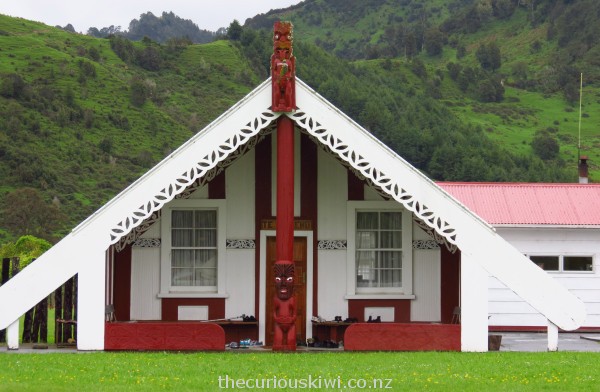 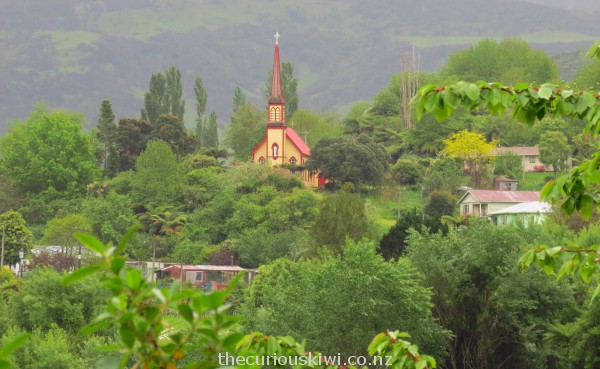 Hiruharama (Jerusalem) from a distance

We stopped briefly in Jerusalem (64kms from Wanganui) and walked around the pretty and peaceful garden at the Sisters of Compassion Convent. There is accommodation at the old convent in dormitory style rooms from $25pp. There’s also one double room with an ensuite. The accommodation is self catering and you need your own bedding. 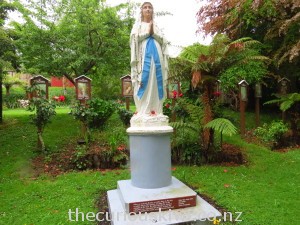 Garden at Sisters of Compassion Convent

Jerusalem is also the resting place of poet James K Baxter who established an alternative community nearby in 1969. I’ve always liked his words on the Wellington Writers Walk, the rest of the poem can be read here. 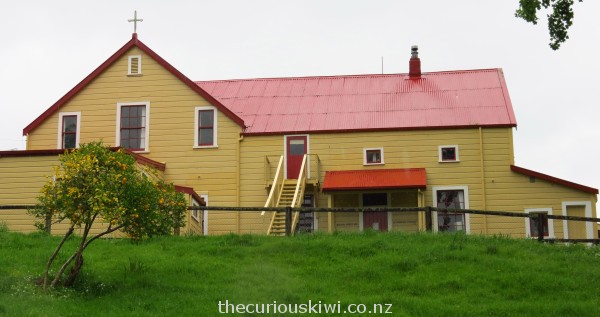 The Whanganui River Road ends at Pipiriki, the gateway to Bridge to Nowhere (tours and accommodation).  It’s a unique journey the river road, with its twists and turns alongside farmland, Maori meeting places, and reminders of early European settlement. It’s likely you’ll encounter a typical rural traffic jam – farmers and their dogs moving sheep or cattle. Travelling well under the speed limit is the safest way to complete the 79km journey. Allow 1.5 – 2 hours including stops.

We drove from Pipiriki to Raetihi and on to Taupo. You can drive the Whanganui River Road as a round trip, from Raetihi follow the twisty Paraparas (State Highway 4) back to Wanganui. 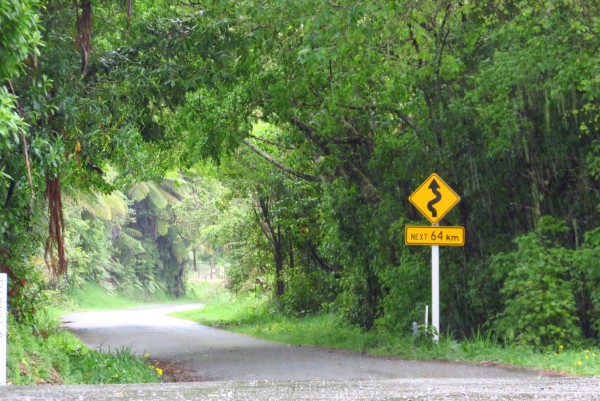 *Some tips for the trip:
Visit the Wanganui i-SITE at 31 Taupo Quay and pick up the Whanganui River Road brochure. (There are also i-SITES in Taumarunui and Ohakune).
It’s a rural road with no petrol stations or shops, fill up with petrol and stock up on food if you intend to stay the night.
The road is now completely sealed but it’s narrow and windy in places so take it slow and be prepared to give way to traffic (even if you think you’ve got right of way), also watch out for farmers moving stock.
If you don’t have your own transport you can take a Whanganui River Road Mail Tour, they offer other tour options as well.
More about Whanganui River. 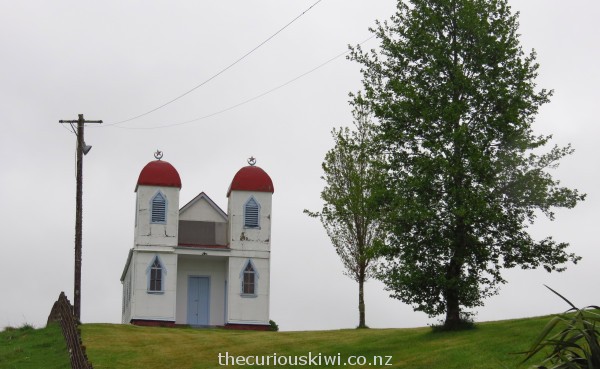