We often wondered about people who went to the same destination every year for a holiday, it didn’t seem like something we would do. Then one year we went to Gisborne and turned into the sort of people we wondered about. We don’t go every year, more likely every second, but it’s the one place we return to regularly. Given I recently resurrected Driving the East Cape from Gisborne to Opotiki, I thought I’d share some of what makes Gisborne a favourite destination for us. 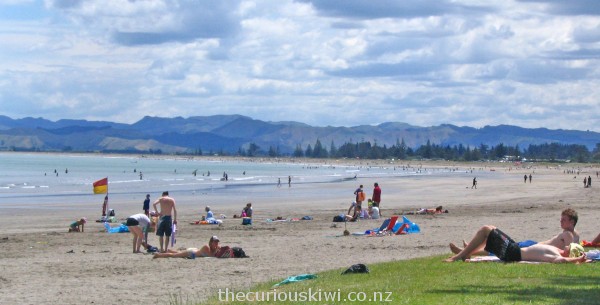 The weather – It seems every Christmas/New Year in one part of the country at least, soggy campers are packing up their tents and returning home from a vacation cut short by bad weather. In the seven or so years we’ve camped at the beach over Christmas/New Year we’ve only ever had a few short showers of rain. Gisborne rocks on the weather front and I think the long sunny days are one reason people travel from far and wide to pitch their tents at Waikanae Beach TOP 10 Holiday Park. 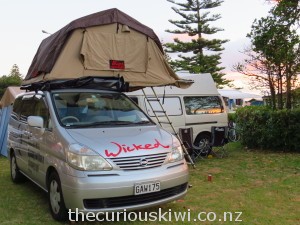 The Waikanae Beach TOP 10 isn’t the flashest TOP 10 around but we’ve always appreciated that it’s been kept immaculately clean and tidy over the busy holiday period. It’s the location that gets top marks from us. The holiday park isn’t quite beachfront but take a short cut through the tennis courts and you’re nearly on the sand. (Waikanae Beach TOP 10 is at 280 Grey Street). 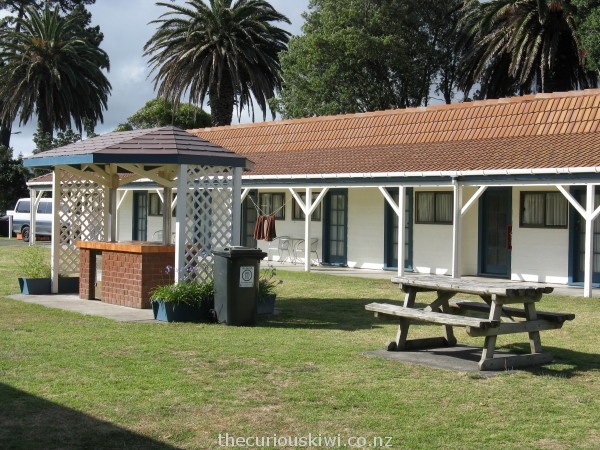 Even though I like camping (and love caravanning), I also like a latte. The holiday park is a short walk from town, and my favourite cafe at Muirs Bookshop, 62 Gladstone Road. Aside from the friendly bunch of women who work in the cafe, there are ceiling fans to keep things cool, much appreciated when the sun starts to sizzle. 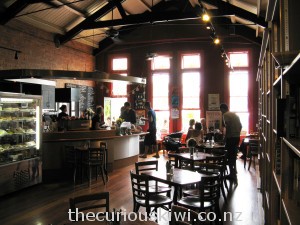 Another favourite is the cafe at the Poverty Bay Club where you can sit outside under the verandah. Dome Cinema is onsite, although we’re yet to have the pleasure of seeing a movie as it seems to take a break from screening when we’re in town. (Update: In February 2016 we finally saw a movie at the Dome). If you like colourful accessories Mediterranean Living is onsite too.  (All located at 38 Childers Road). 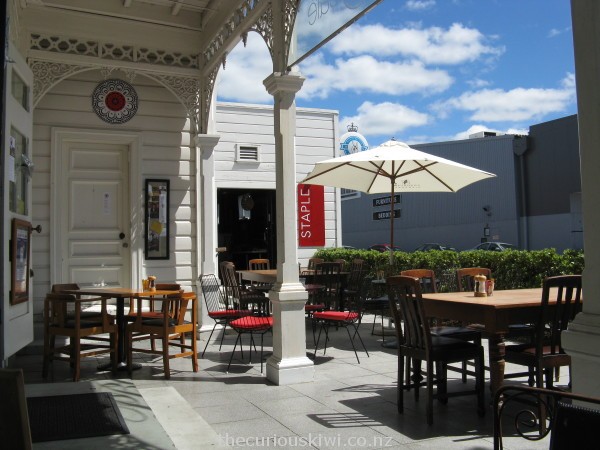 Dining – There are a surprising number of smart restaurants like The Works, USSCo Bar & Bistro and Marina Restaurant. Our ‘go to’ place for a drink and/or meal is The Rivers at 1 Gladstone Road. The Rivers serves really good pub food at reasonable prices, we started making dinner reservations last year as it’s deservedly popular.

We also like the Wine Centre, set in Gisborne’s little equivalent of Viaduct Harbour in Auckland. They sell bottles of ‘Gizzy fizzy’ if you’re looking for something to toast the new year in Gisborne style. 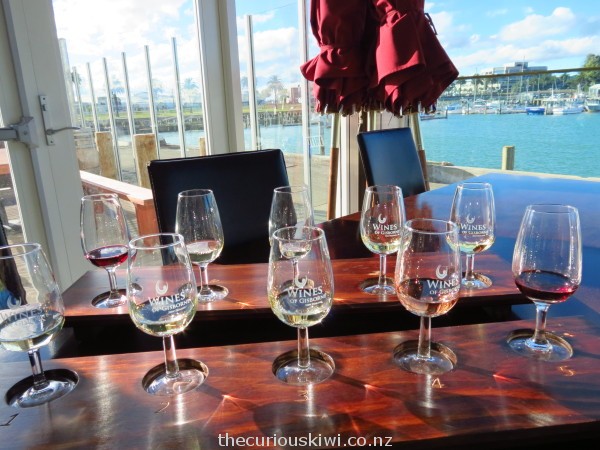 There are a few wineries in the area, some with cellar doors and a few that serve platters including Matawhero Wines, and Wrights Vineyard and Winery. 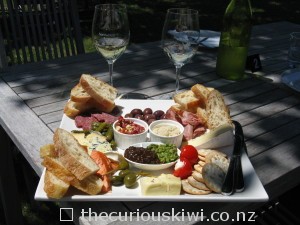 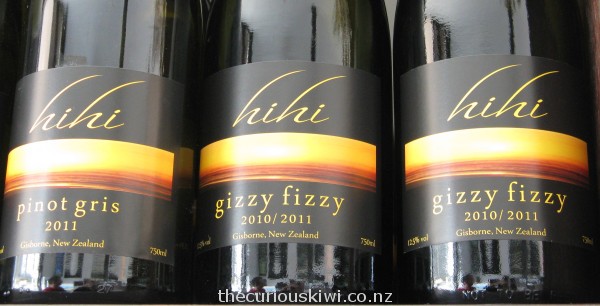 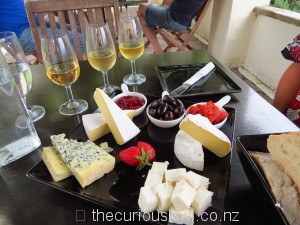 If you’d prefer to have a beverage somewhere that’s definitely different, Smash Palace could be your place. They have the locally brewed beer Gisborne Gold on tap, made by the aptly named Sunshine Brewery. 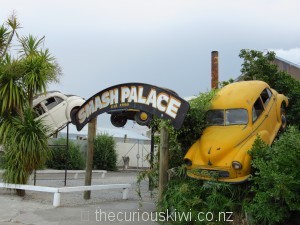 What to do in Gisborne?
We go to Gisborne to relax at the beach, but I’m embarrassed to type that I still haven’t been to Tairawhiti Museum despite intending to visit every year. Wyllie Cottage, Gisborne’s oldest house is onsite. 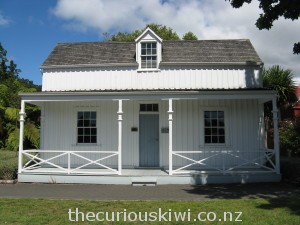 Guys especially may like East Coast Museum of Technology, another place we’re yet to get too.

We’ve followed the neat Mural Trail painted by the late Mr Graeme Mudge. A mural marks the site of the Gisborne Farmers’ Market held every Saturday on Stout Street from 9.30am – 12.30pm.

You can snorkel with stingray at Dive Tatapouri, 16km east of Gisborne. Wainui Beach nearby is popular with surfers.

Rere Rock Slide is a product of Mother Nature, it’s around 60 metres in length and provides hours of fun for visitors. Even if you’re not keen on sliding down yourself (that’s me), it’s worth the visit, particularly on summer weekends when plenty of people are slip sliding away. A boogie board or inner tube are the best way to go down, you’re less likely to hurt yourself that way. Another option is to hire a sled from the i-SITE. 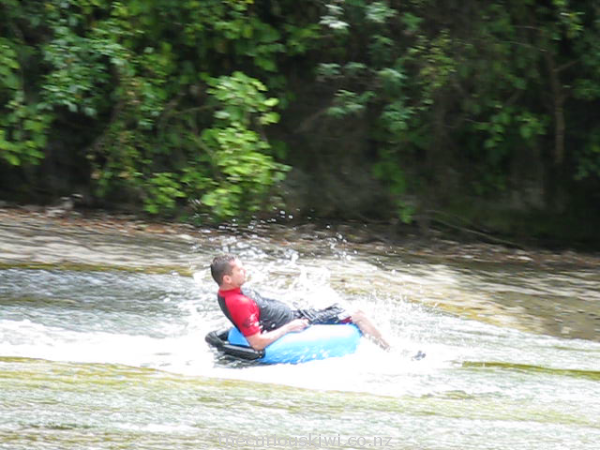 The rock slide is around 50km from Gisborne on Wharekopae Road, it’s on the way to Eastwoodhill Arboretum. There are toilets onsite and signs about water quality. Note that Rere Falls are before the rock slide, best not to get the two confused. 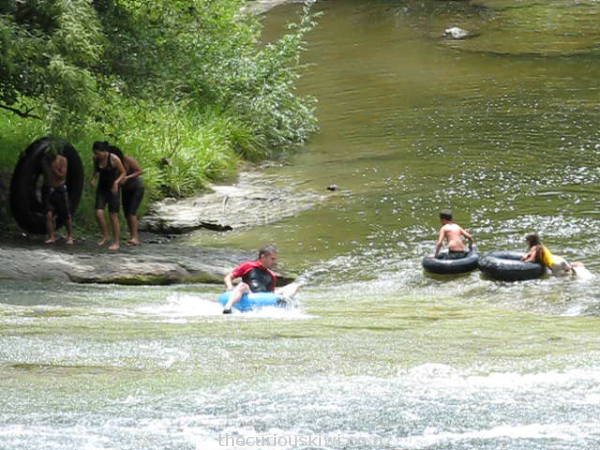 Out you get and back up you go

Rhythm and Vines, and BW Camping Festival pull in the crowds from 27 December – 1 January every year. Queues form outside Subway and any place that sells pizza, and the traffic flow down Gladstone Road seems constant. Waikanae Beach TOP 10 is often home for those who want a bit more luxury with their camping experience. We’ve always found the festival goers add a good vibe to the town and the holiday park. 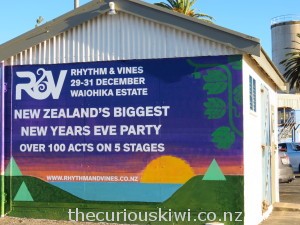 On 31 December last year 744 people, mostly festival goers, got themselves into the Guinness World Record books for the largest skinny dipping, definitely the most eye opening event we’ve attended. Clothes weren’t the only thing that were shed, over 700 camping chairs, tents and airbeds were left behind after the BW festival. The goods were auctioned with proceeds going to organisations and charities that helped with the clean up.

We drove to Tolaga Bay on January 2 this year for the Kaiaua Beach Horse Races. The races are a laid back, good fun day out, and an easy day trip to make from Gisborne. 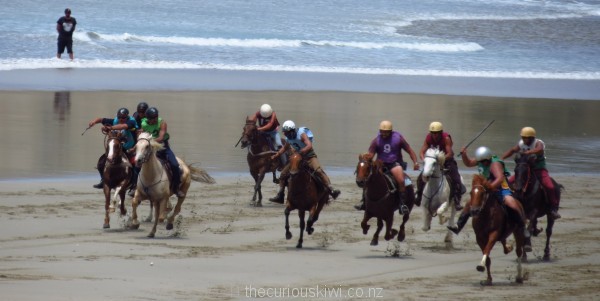 Spectator in the surf at Kaiaua Beach Horse Races

For more information about what to see and do in Gisborne visit Gisbornenz.com. 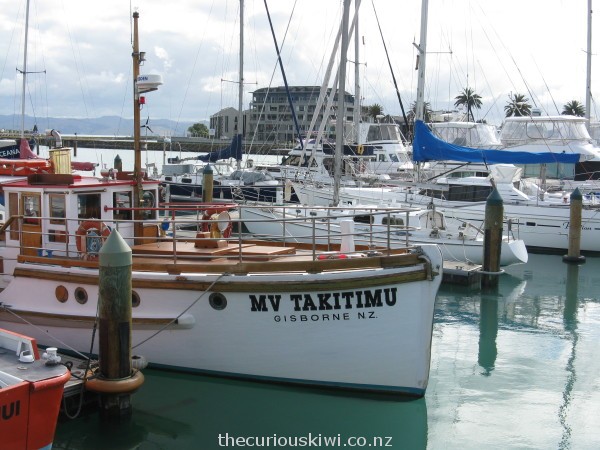