The Dunedin Chinese Garden was built to acknowledge the contribution that Chinese people have made to Dunedin and Otago, many arrived during the Otago Gold Rush in the 1860’s. “Lan Yuan” is the Chinese name for the garden and it was designed and built as a Scholar’s Garden. Opened in 2008, the garden is unusual in that it is an authentic Chinese Garden, one of only a few outside China. 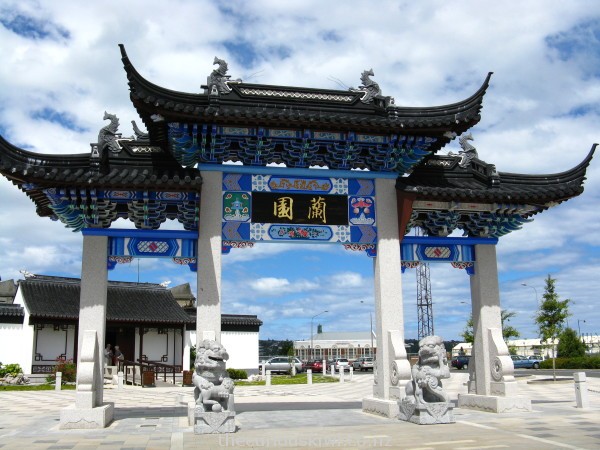 What’s an authentic Chinese Garden? It’s built by Chinese builders and artisans using traditional methods, and all above ground materials come from China. In keeping with that, all of the wooden structures in the garden were built in Shanghai, then taken apart, and shipped to Dunedin. No nails were used to build the wooden structures, instead the method of mortise and tenon joints was used, a method used in China since the fourth century BC. 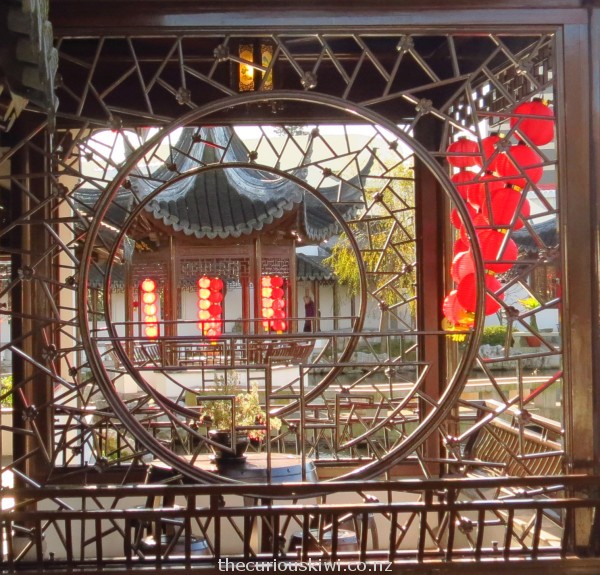 Some of the woodwork in the garden

In addition to wood (Chinese Fir), 970 tonnes of lake rock and 130 tonnes of granite were shipped to Dunedin. Workmen and support staff came from Shanghai to help with the garden’s construction. I particularly like the mosaic pebble paths, and if you look closely, you’ll see flowers on the edges of the roof tiles. Authenticity comes with a hefty price tag though – the construction cost was over $7 million dollars. 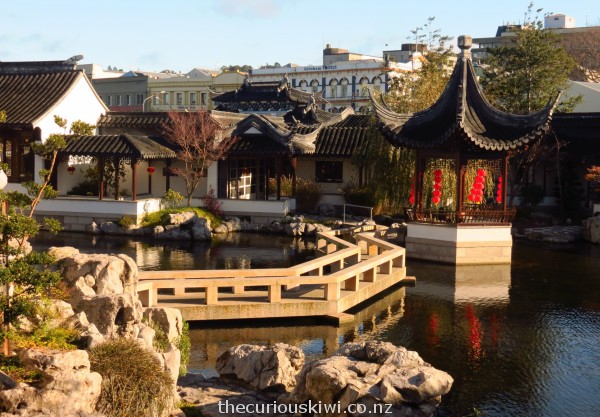 Dunedin city in the background

The landscape design of a Scholar’s Garden is meant to ’emphasise the idea of harmony between Heaven and Earth.’ I’m not sure I get that, but the surrounding wall blocks the garden off from the city sounds making it a peaceful setting. There are a lot of quiet spaces where you can sit and ponder your ‘fortune’ courtesy of a fortune cookie from the tea shop. The little tea shop menu includes steam buns, dumplings, Chinese tea and plunger coffee. 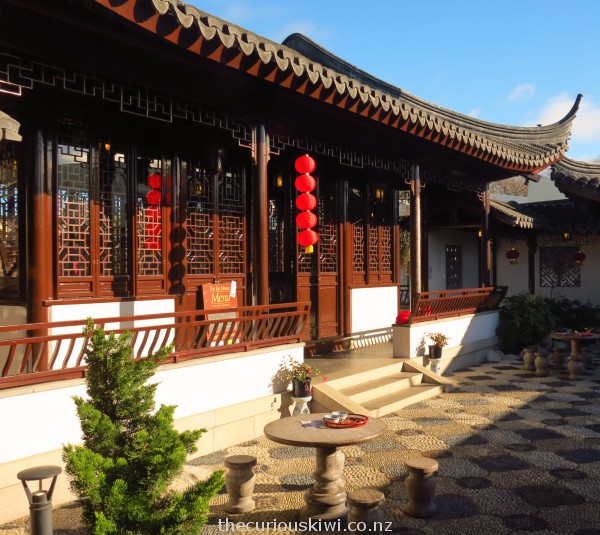 A new addition since my last visit is a collection of traditional costumes to be tried on by potential Emperors and Empresses. Two giant pandas have also taken up residence in the school holidays to entertain children, possibly not the best time to visit if you’re looking for serenity.

Try on hats and traditional costumes

It’s not a large garden to walk around, for me it’s more a place to sit quietly with a cup of tea and take a break from the city’s sights and sounds. It’s a rainy day option as most of the walkways are covered. There are also board games to play including Chinese checkers, which apparently didn’t originate in China, but that doesn’t stop the game being addictive. First time visitors may like to read the information panels about the garden’s construction and design that are posted along the walkways.  Admission to Dunedin Chinese Garden is $9.50 adults, children under 13, free. Open 7 days. 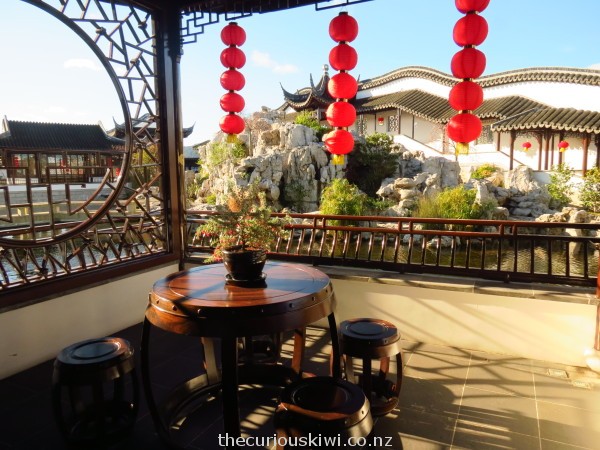 PS. If you’ve landed on this page because you’re interested in $12 attractions, Otago Settlers Museum (free entry) is nearby. Otago Museum on Great King Street is also free, entry to the Tropical Forest full of exotic butterflies is $10 adults, children $5.