Artist John Noakes (1938-2006) painted murals on 65 bus shelters in Dunedin. The photos below were taken as we drove around Otago Peninsula. The bus shelters got me thinking about how creativity can be applied to necessary and functional structures in our environment. Why do bus shelters need to be so uniform when they can be a canvas for flying pigs? 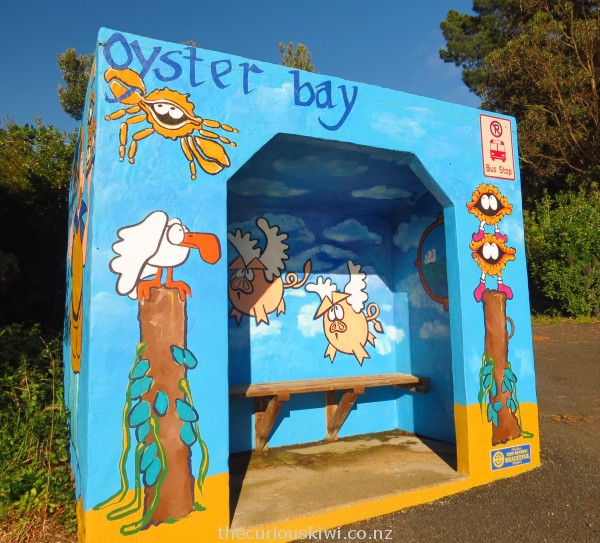 Mr Noakes had the idea to paint bus shelters when he was on a bus travelling to work, it was raining, and he saw children huddling in the Company Bay shelter. The children looked miserable and he thought their lives needed brightening up. This is the same thoughtful man that put a fresh flower in a vase every day for his wife – John Noakes – The Bus Stop Artist Documentary. 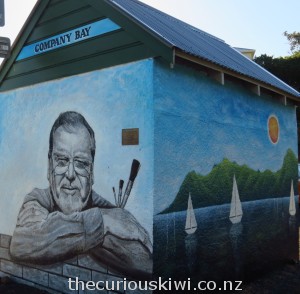 I read that some of Mr Noakes’s original murals have been restored or replaced so the photos may not necessarily all be of his work. The talented Daniel Mead replaced the mural on the bus shelter at Burkes, as well as painted the portrait of Mr Noakes at Company Bay. The Company Bay mural was officially opened in April 2012 as a fitting tribute to the ‘innovative painter of Dunedin’s unique bus shelters’. 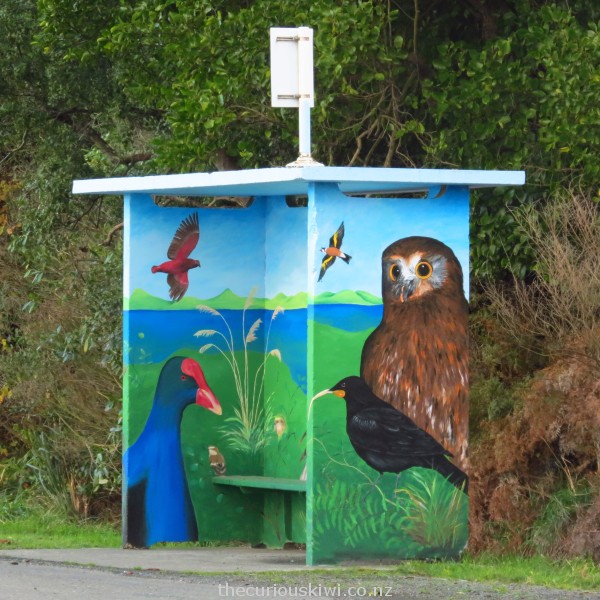 The foliage almost looks part of this vivid mural 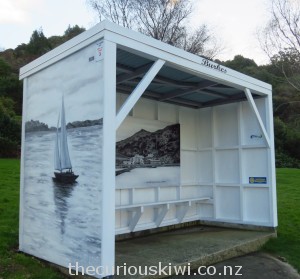 Painted by Daniel Mead, the sailboat a reminder of the original mural 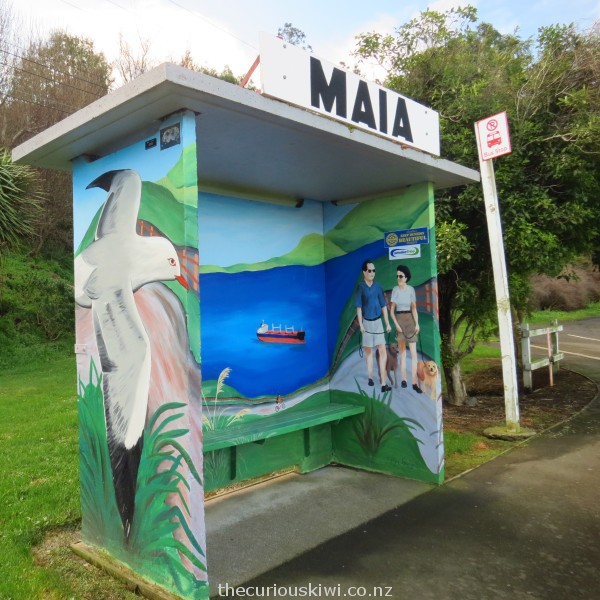 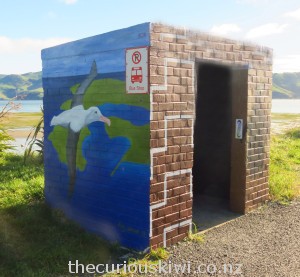