Steampunk HQ is a collision between a wreckers yard, a horror movie and fertile imaginations. I received a very enthusiastic introduction, what I would see was going to ‘blow my mind’, it sort of did, but I’m still wondering if it was in a good way. All the adjectives like unusual, bizarre and weird apply. The works are described as industrial steampunk, anything goes, it’s all about creative imagination. This is what happens when some people let their creative imagination run riot ……… 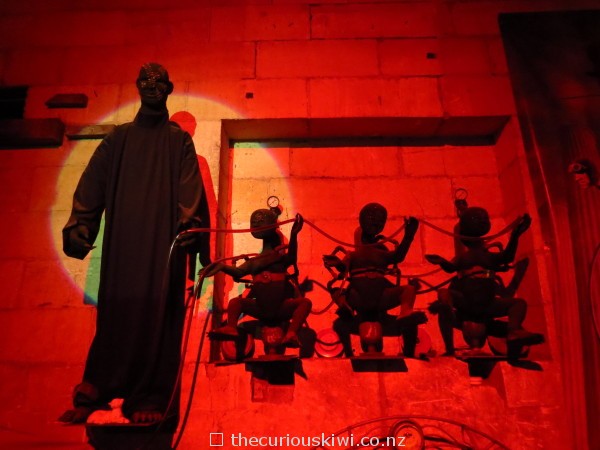 Lonely Emperor and his children … ‘An immortal, roguish being who always struck out in love (who or what would want it?) In despair it finally exiled itself from its race. However, unable to cope alone with the vast emptiness of space, it constructed itself children, made from its distant memories of once visiting Earth. Bound to it forever, they must share its blood’. 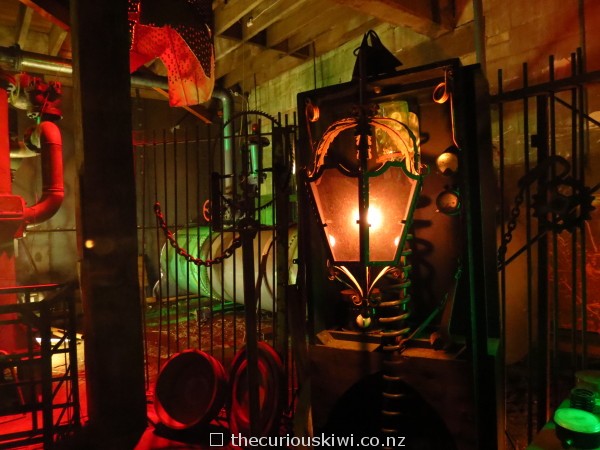 It’s cold, it’s dark, and it’s a bit spooky. You may end up wondering exactly what it was that you took a photo of, still like the photo though. 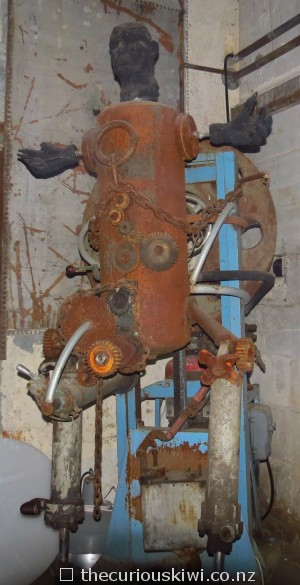 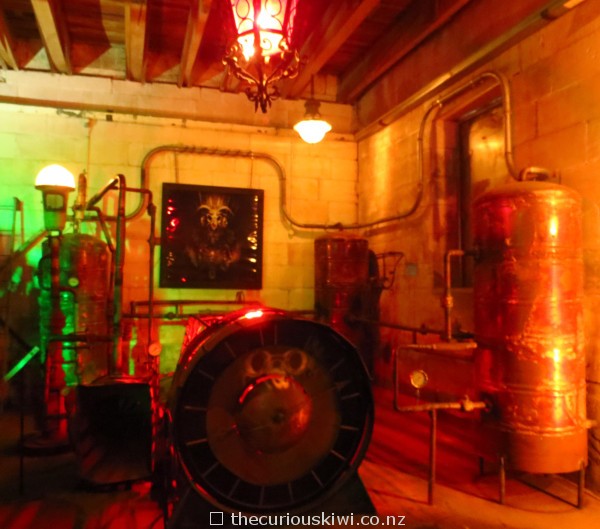 Could be a Mayan clock or a steam powered camera? 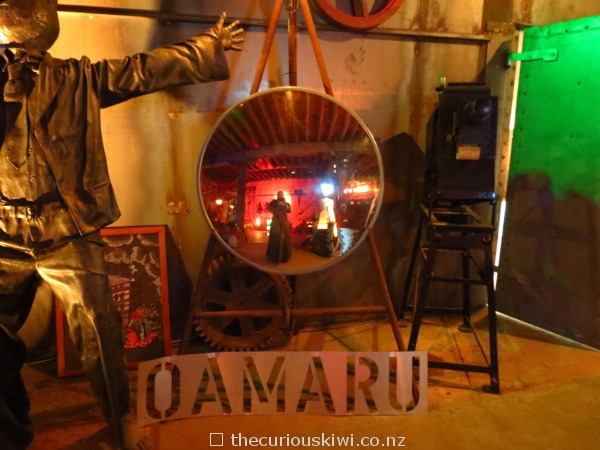 It felt good to step forward in time and step outside …. 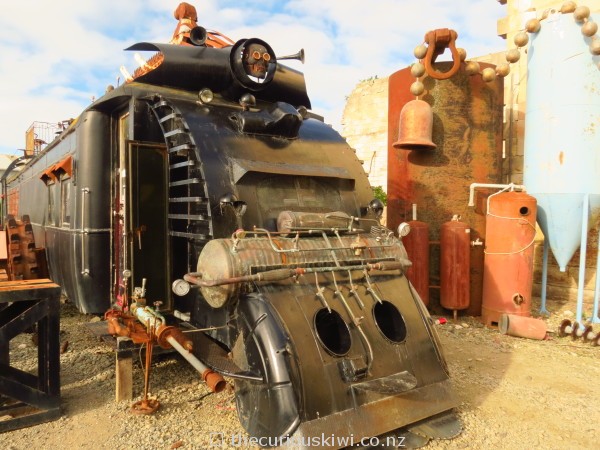 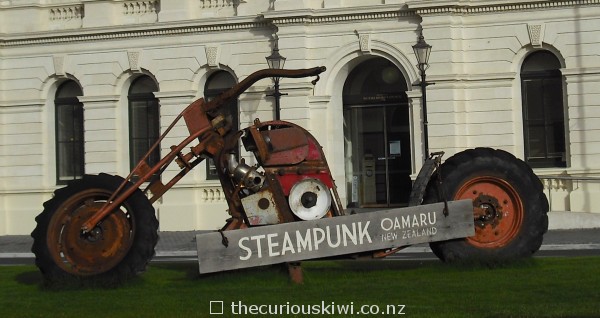 Cool steampunk bike, was in the main street, now at HQ 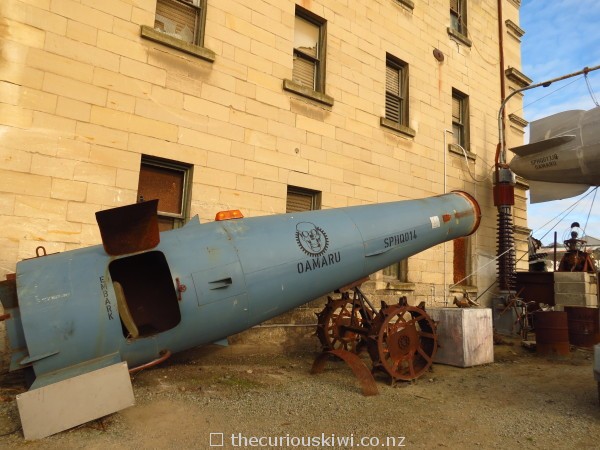 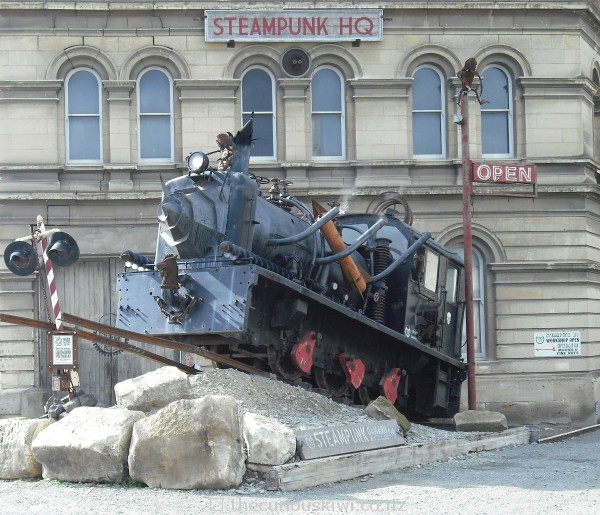 It’s worth putting $2 in this runaway train at night

I felt like a cup of tea and a lie down after leaving the weird world of industrial steampunk. For the cup of tea I walked around the corner to Steam Cafe at 7 Thames Street. I found the early beginnings of the Oamaru steampunk movement on the cafe’s counter. 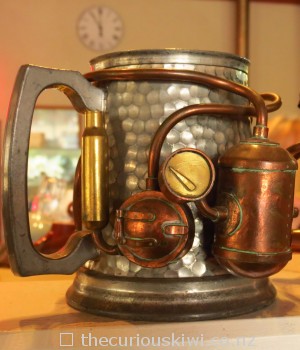 Local jeweller Iain Clark is credited with kicking off the steampunk movement in Oamaru. He was making steampunk jewellery without realising it, and then made a steam powered beer tankard to take to a dinner party. The steampunk movement gathered momentum from there – our take on the 2014 Steampunk Festival. 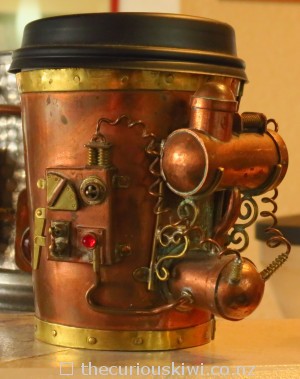