Before you get to The Waterworks on The 309 Road you’re probably going to see some free range pigs, if you stop they will run after you and expect food. Don’t be meanies like us and stop empty handed, slices of bread will do. 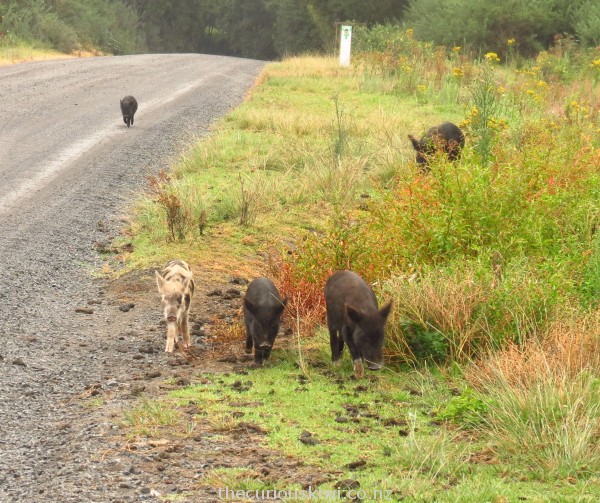 All sorts of stuff has been recycled and reused to create The Waterworks. Unusual contraptions include a large water powered music box made out of old car parts and butter knives, and a kitchen utensil water wheel. 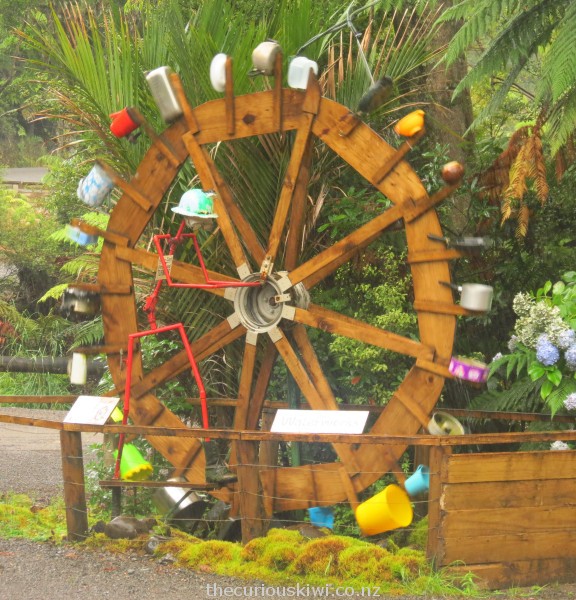 There’s a decent dollop of humour in the park and if you’re curious about the origins of sayings and traditions there are plenty of ‘facts’ to read ….. 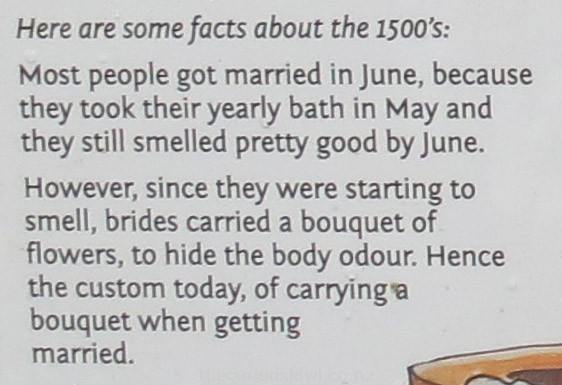 The founder of the The Phrase Finder describes the above and below as part of a collection of twaddle, given his credentials he’s probably right. 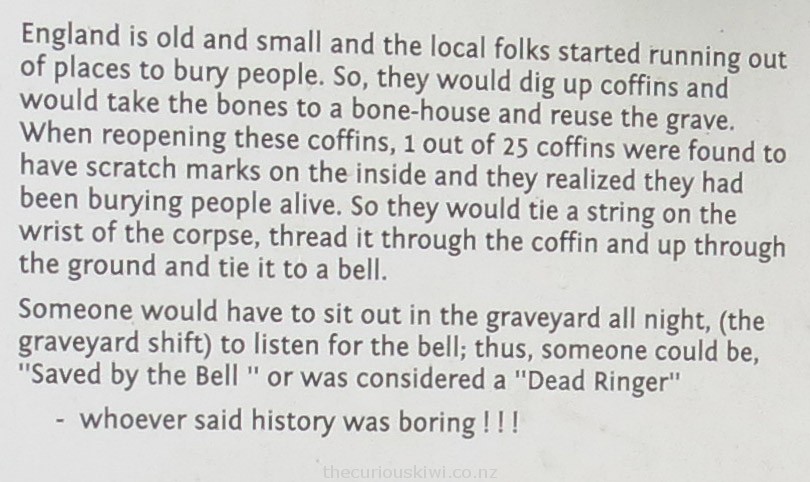 Saved by the bell

I was intrigued by the saying ‘saved by the bell‘ which turns out to be boxing slang. However the fear of being buried alive did lead to safety coffins being patented. Pyrotechnics, feeding tubes, and connections to church bells were all considered or used in the coffin designs. If the pyrotechnic method was used successfully you were described as a ‘blast from the past’. (That last sentence may be a porky pie).

Moving right along to my favourite creation – the gumboot dogs … 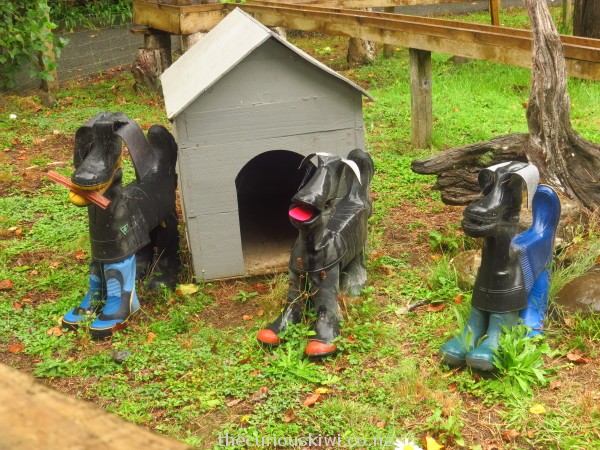 These boots were made for more than walking 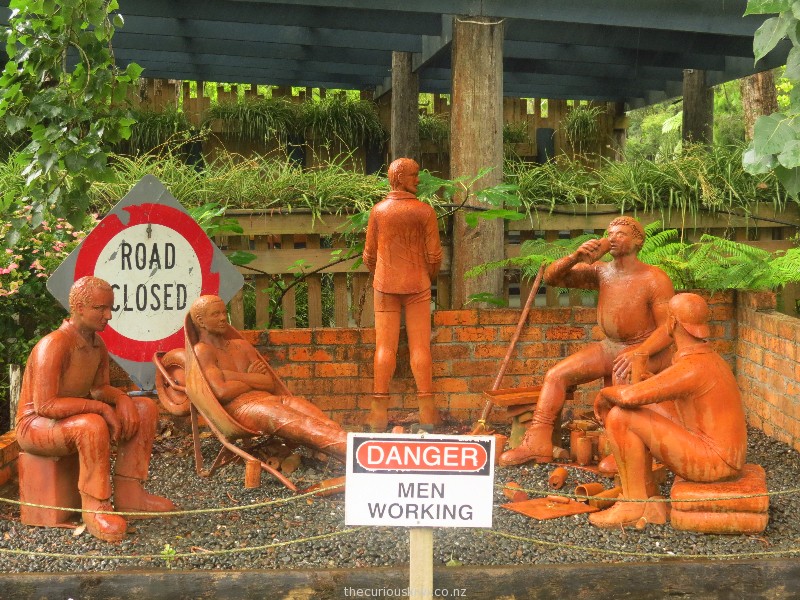 Men at work at The Waterworks

The Waterworks is an interactive place and it’s unlikely you’d make it around the park without getting wet, so take a sense of humour. If you’ve got mischievous children you might also need to take a change of clothes. 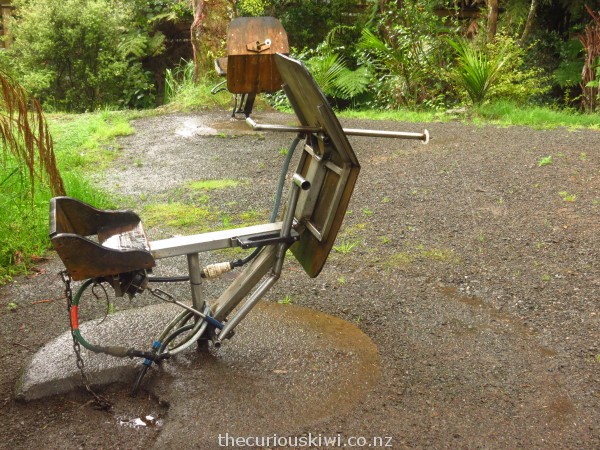 There are 3 of these water cannons 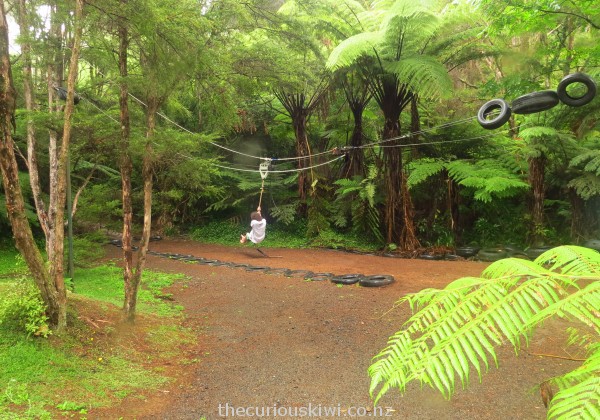 A favourite with the kids

I had a ridiculous amount of fun racing a mini boat called ‘Happy’ against Mike’s ‘Honey’ down a water race and into the tub of an old washing machine. Obviously I’ve never been to Disneyland. 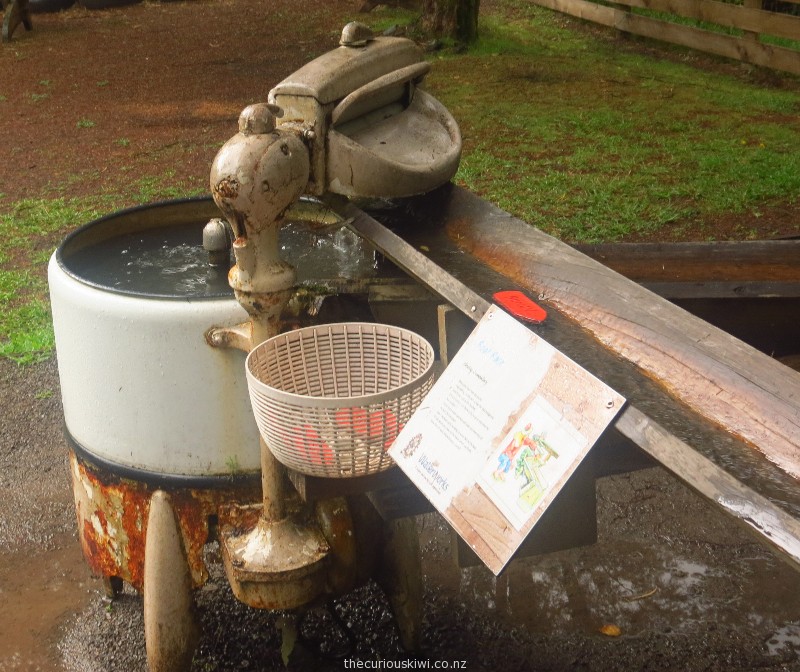 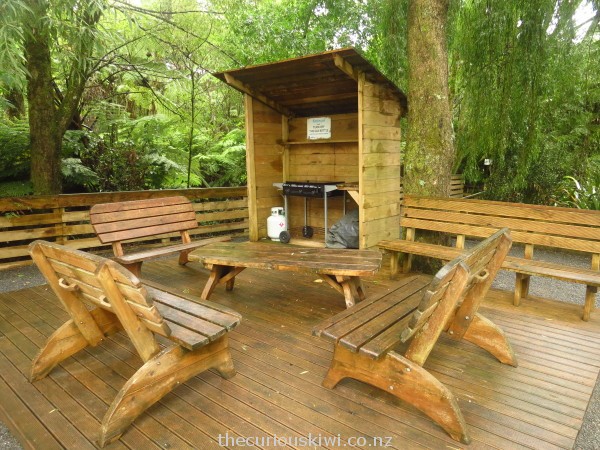 Cook lunch on the BBQ, there’s a swimming hole if you’re not wet enough already

Entry to The Waterworks is $25 adults and $20 children, it’s probably best appreciated by families – family passes from $75. You’ll find the Waterworks at 471 The 309 Road near Coromandel Town. 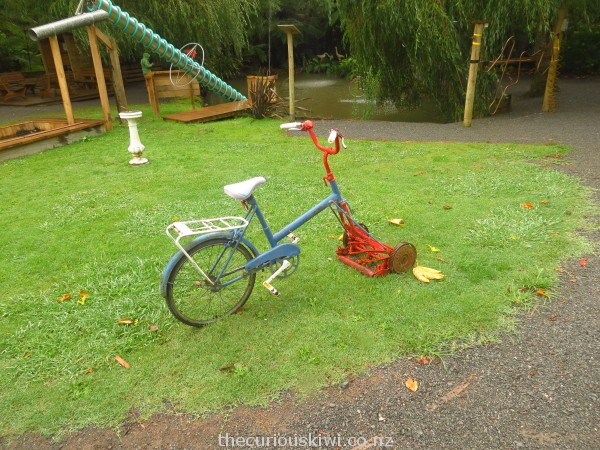 Not your usual ride on mower

2 thoughts on “The Waterworks, The 309 Road, Coromandel”