Below are a few unusual places for a brew, alcoholic or otherwise in Wellington ….

The Backbencher Gastropub, 34 Molesworth Street
The Backbencher Gastropub is opposite Parliament and has a political theme. There have been a series of satirical political puppets strung up over the years. Prime Minister John Key unveiled a new set of puppets in 2013, including one of himself disco dancin’. We’ll see if he’ll be ‘stayin’ alive’ after the 2014 election. 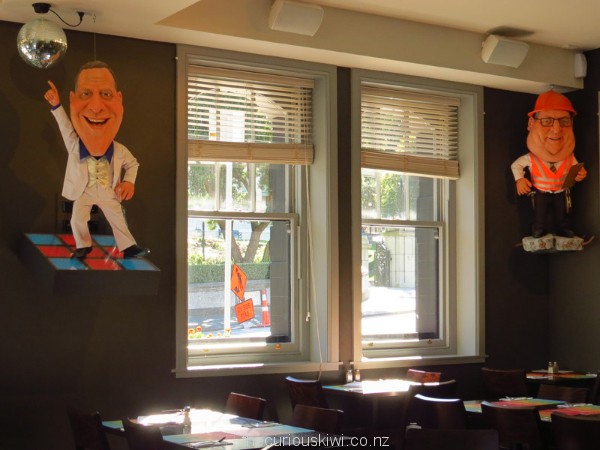 There are a few spaces to eat and drink. You can head to the Back Bar to watch sport onscreen and have sports legends Tana Umaga, Colin Meads and Jonah Lomu for company. 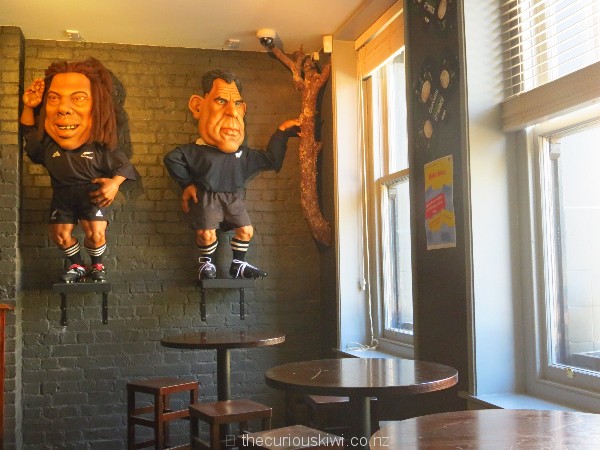 Tana Umaga and Colin Meads in the Back Bar

Metiira Turei, co-leader of the Green Party, keeps watch in her camoflauge gear in the Dining Room. 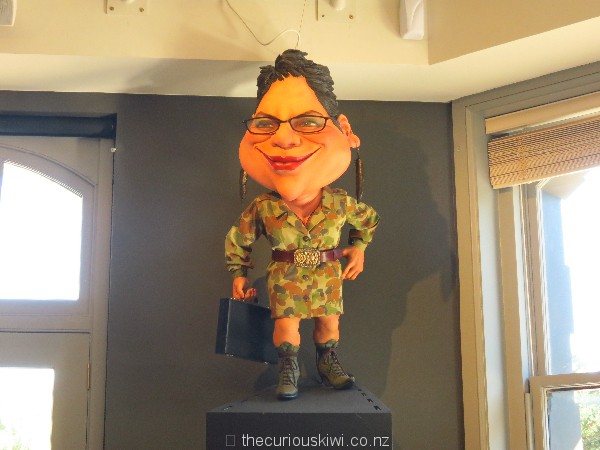 Metiria Turei watches over the dining room in camouflage gear

If you’d like to see the politicians in the flesh head across the road and take a free one hour tour of Parliament Buildings, if the House is sitting you can watch the politicians at work. 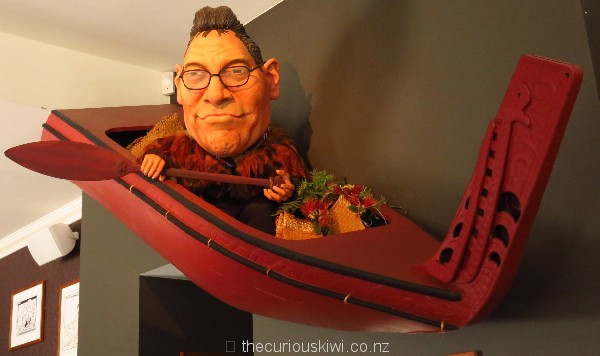 Hone Harawira paddling his own waka at Backbencher Gastropub

Havana Coffee Works, 163 Tory Street
I like a classic set of wheels and the Buick parked outside Havana Coffee Works caught my attention. Havana makes me think of the ‘cool kid’ – the one who’s cool without trying, they just have ‘it’. From the elegantly faded exterior of their art deco headquarters to the effortless design style in the cafe – Havana, the cool place with the cool wheels. 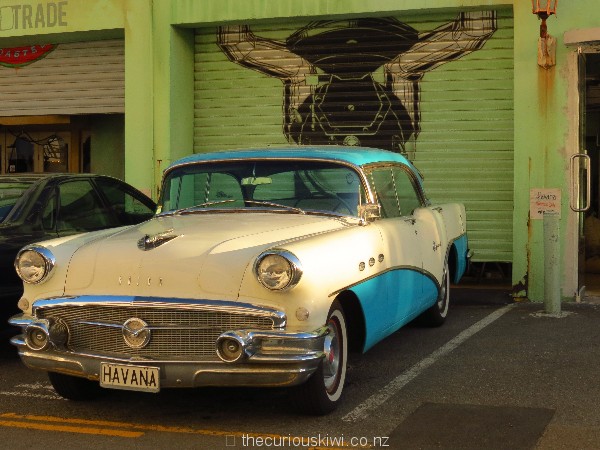 It’s really all about the coffee at Havana but there is some food in the cabinet. I missed the chance to get a photo of the guy working in the adjoining roastery dressed in coffee sack overalls and hat.

I did however find that Hills Hats and Havana have worked together to create a range of hats made from coffee sacks including this cool (ofcourse) trilby. 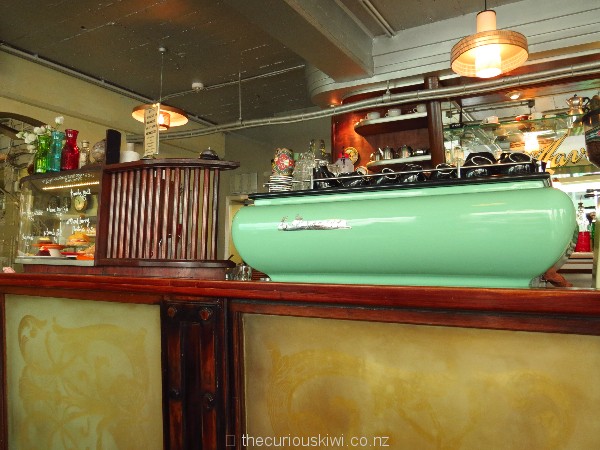 One of the Havana owners, Geoff Marsland, has also produced two CDs, I doubt you’d hear them in any of his establishments, although they could work well at closing time.

The first CD, Surburbia Volume 1, is 64 minutes of lawn mowing. Apparently The Warehouse bought 5000 copies and the CD sold in 16 countries! Impressive for something produced in humourous response to complaining apartment dwellers back in the year 2000. 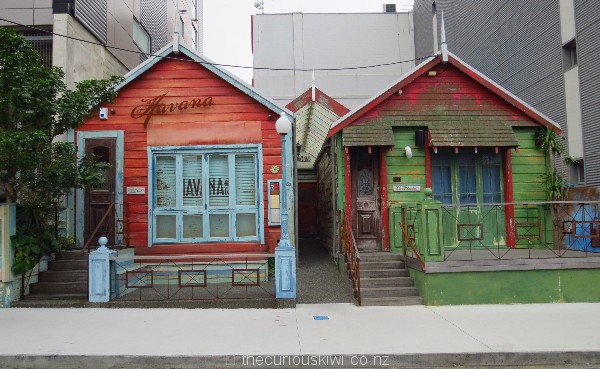 One cottage is a bar and the other a restaurant, there’s a neat little shrine that links the two. Lawn mowing hour was approaching when we arrived so we need to return another time to soak up the atmosphere of this colourful and unexpected inner city find.

Southern Cross, 39 Abel Smith Street
We were at the Southern Cross on a Sunday evening and were surprised to find so much going on – free salsa classes, Mrs Smith was recruiting bingo players, and sausages were sizzling for the charity of the month.

Had we visited on Monday night we could have joined a knitting circle, and on Tuesday morning those with a little person can get a free massage. You get the idea, there really is a lot going on. 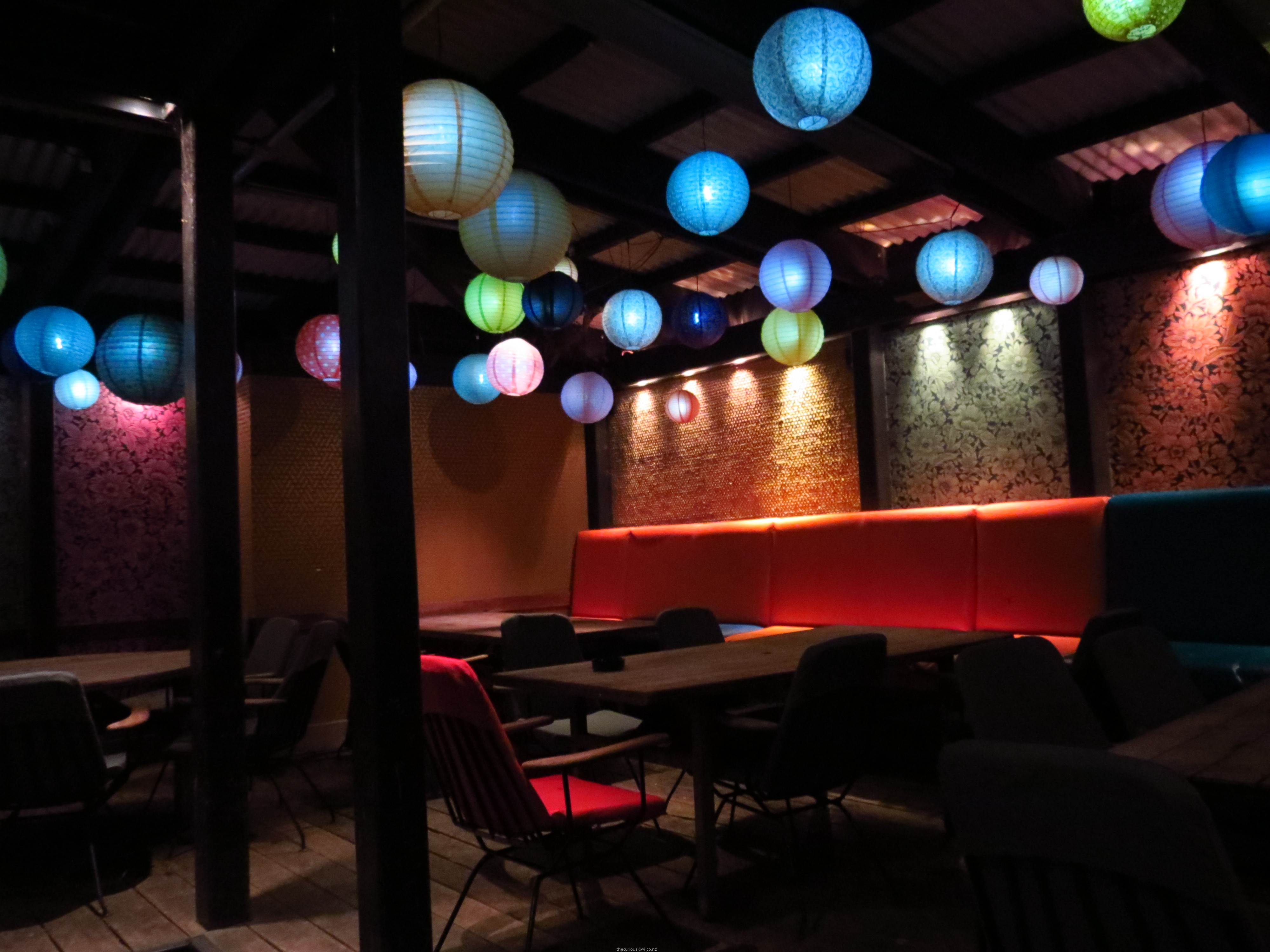 Sit under the lanterns in the garden bar

There’s a lot to like about the Southern Cross and we’re especially keen to head back given the top service we received, and to support a bar who in turn supports its local community. Southern Cross is open 7 days, Monday-Friday from 8am, weekends from 9am. 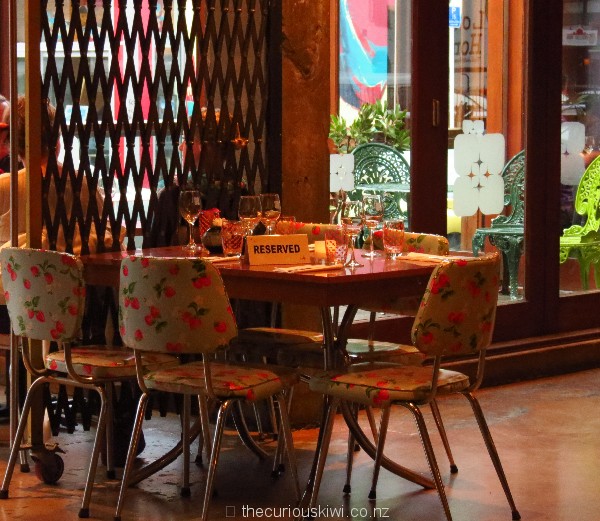 PS. For two more unusual places for a brew see More than movies at Wellington Cinemas.