I knew Mike was having the most fun when he roared down the straight in the Holden V8 at Taupo Motorsport Park. He was kitted out in racing gear and had New Zealand’s version of ‘The White Stig’ in the passenger seat. This Stig talks on camera and off and it’s his job to guide drivers round the track, he also has his own set of pedals incase things turn to custard. 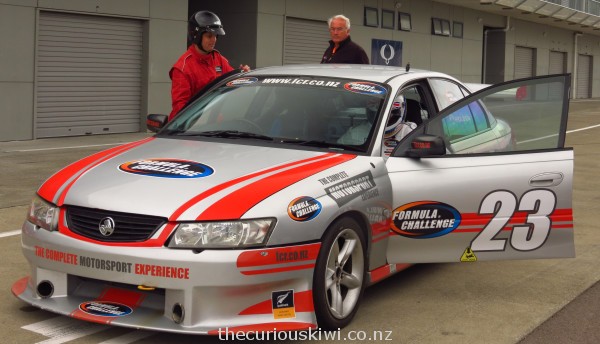 Mike had no issues out on the track, but pre-race he came out of the introductory DVD session quite a few shades whiter than when he went in. ‘Surely I don’t have to remember all that do I?’, he whispered. I was fairly certain ‘No’ was the right answer, and infact it’s just part of helping would be racers get ready for the track. 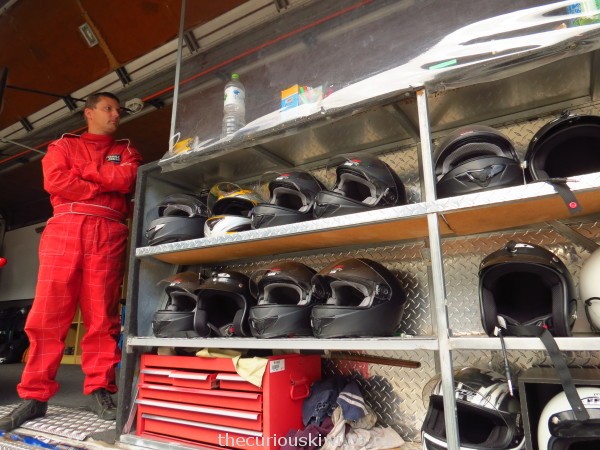 Another part of the introduction is a fast lap with an experienced race car driver behind the wheel. The best part for me was that I got to go along for the ride, and instead of concentrating on what the driver was saying, I was just smiling like a Cheshire cat and hanging on to the seat belt as we curved in and out of the chicanes. 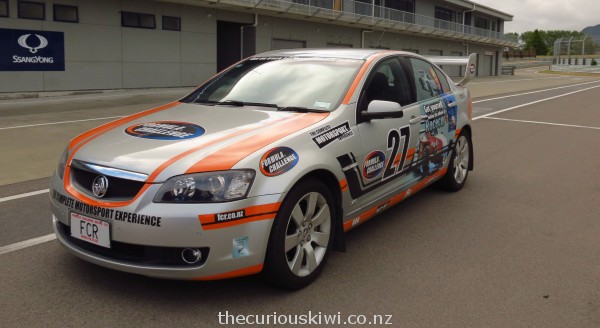 You do the fast introductory lap in a standard car, the racecars are stripped of all extras like the back seat, and fitted with roll cages and other racing and safety features. What was a surprise was the covered speedo in the racecar. It makes sense though, Mike said he didn’t need the distraction of checking his speed while he was trying to master the track in a car that can go from 0-100 kph in 5.9 seconds. 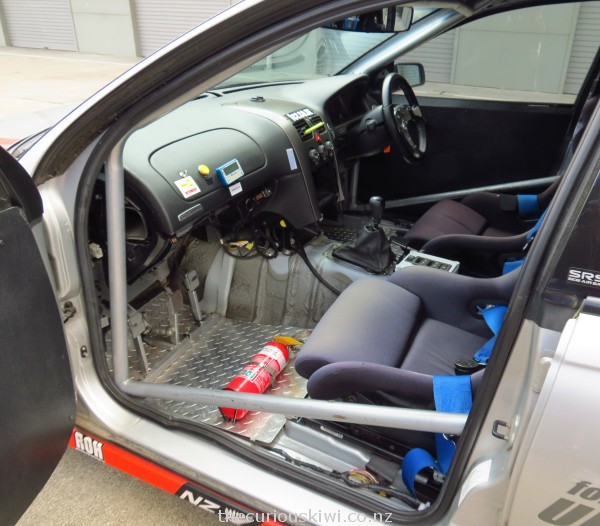 Although you don’t know your speed, you can see how you measure up time wise against other drivers on the Leaderboard. Mike found the need for late braking and sharp turns on the steering wheel a challenge on the curvy track, but roaring down the straight made it all worth it.

Additional information:
Cost – Formula Challenge Experiences start at $240 to drive a single seater racecar. I bought Mike a $290 gift voucher which he used to drive 6 laps in a V8 Holden, Ford fans can choose a Ford V8. 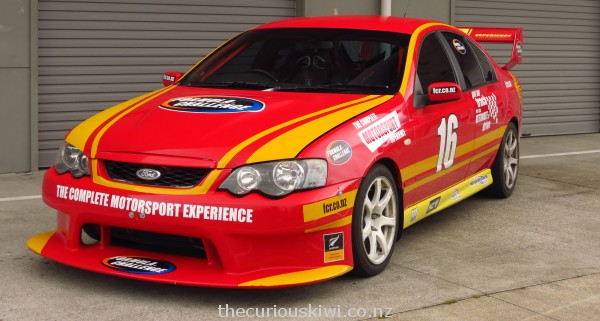 The car for Ford fans

Damage waiver and GoPro footage can be purchased on the day.

Familiarity with a manual gearbox a definite plus if you want to drive a V8 racecar.