Artist Owen Dippie (OD)* is packing up his spray cans and relocating to Auckland. He has left his mark on many walls in the Bay of Plenty, but especially down Ashworth Lane in Mount Maunganui, the location of his soon to close studio, shop and gallery.

The painting of The Notorious B.I.G. glowers down and I swear I can almost hear him asking ‘What you want?’. Although given I initially thought he was just some staunch guy, and not a famous rapper shot down in his prime, he may have said something else entirely, or rapped even. 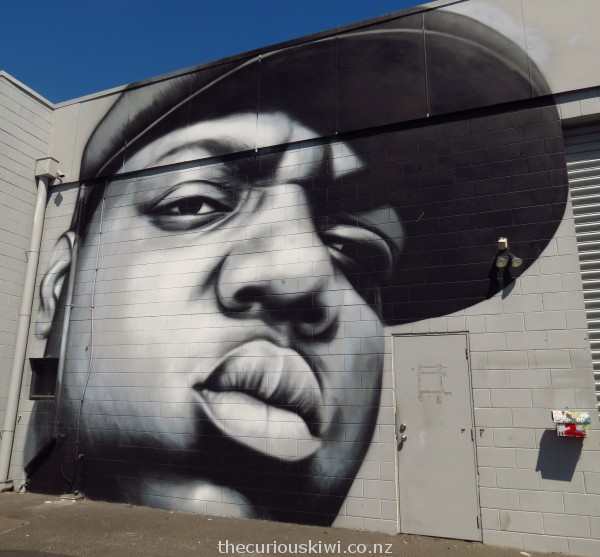 The Notorious B.I.G. in Ashworth Lane

Someone who is a bit more familiar is Nelson Mandela, this representation makes me think it’s a shame walls can’t talk as he looks like a man worth listening to. A man with a thousand years of kindness and understanding running through his wrinkles. 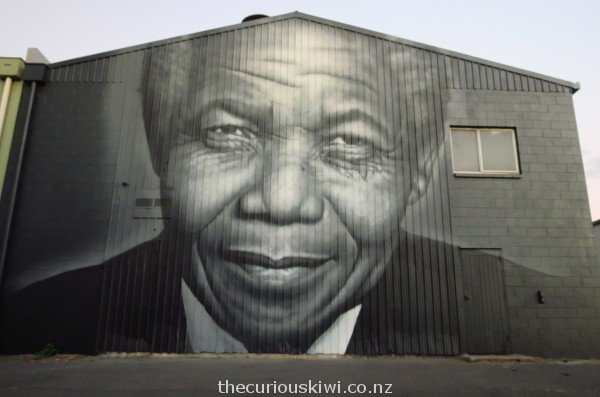 All of the art works on Ashworth Lane are part of the ‘Respect for the Dead’ series. Other portraits include Princess Diana, Johnny Cash and Albert Einstein. 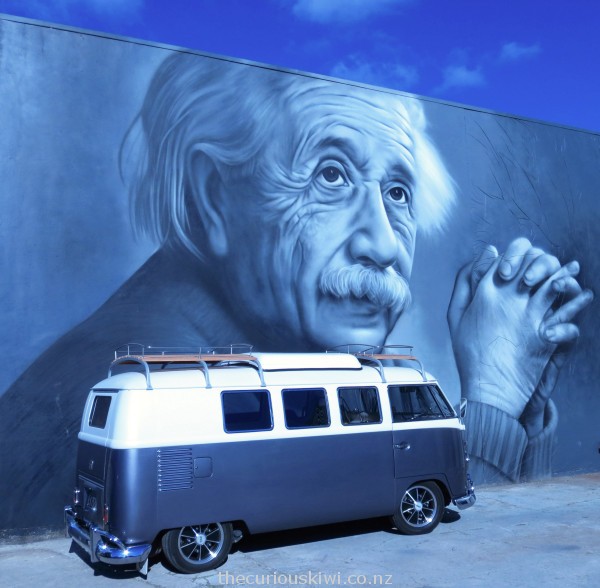 Last year I mentioned Owen Dippie in a Street Art in Auckland post, noting he was commissioned to paint ‘Larger Than Life’ – a series of murals in Tauranga. Three works are completed with a fourth near completion – a six storey high recreation of the Birth of Venus by Sandro Botticelli. The fourth and by far the biggest of the art works is on Harington House, Harington Street in Tauranga. 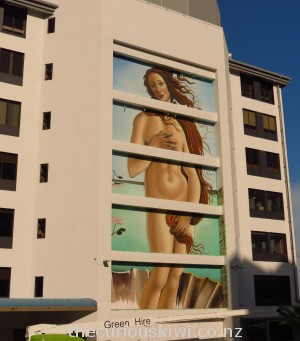 The Birth of Venus on Harington House

The first mural in the ‘Larger Than Life’ series is Girl with a Pearl Earring, you’ll find the girl with the enquiring eyes on the side of Kale Print at 219 Cameron Road. The art work is a depiction of the painting by Johannes Vermeer. 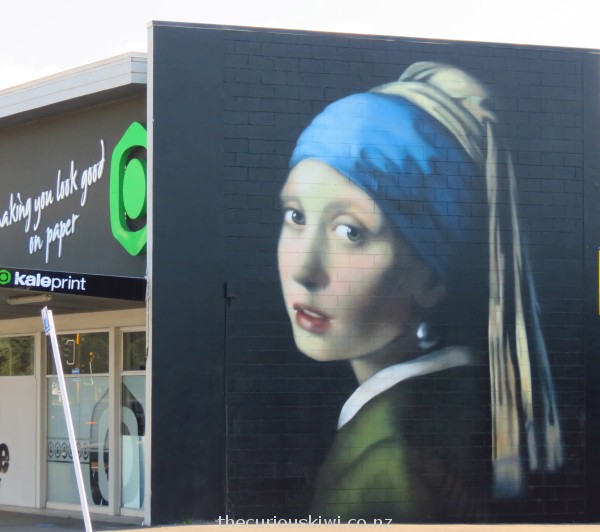 At the entry to the building he has recreated the face of Mary from the sculpture Pieta that sits in St Peter’s Basilica in Vatican City. The painting and sculpture were created by Michelangelo, Owen’s all time favourite artist, curiously the sculpture is the only work that Michelangelo signed with his name. 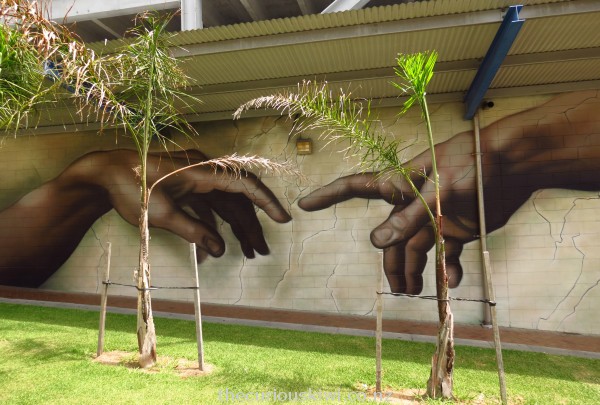 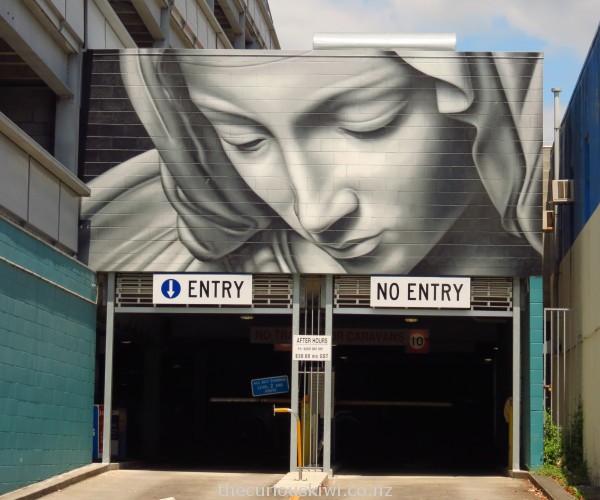 The face of Mary from the Pieta sculpture, Elizabeth Street car park building

There is more of OD’s art around the city including a series of murals at Tauranga Boys’ College. My favourite wall in town is on the side of Broncos Sports at 88 Willow Street, it’s home to Owen’s recreation of one of Charles Goldie’s portraits of Ina Te Papatahi. (Update 2020: Unfortunately this mural has been painted over). 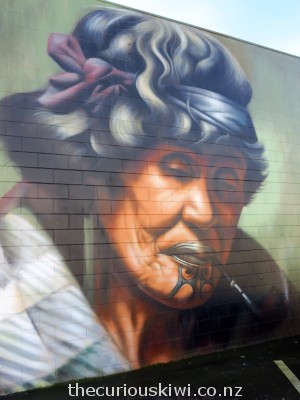 I’ve read that Owen would like to paint a huge ‘Goldie’ on a New York street. The Dippies are flying to America before relocating to Auckland, so I hope the talented artist gets a chance to fulfill his dream of giving a ‘Goldie’ to the people of New York. (*See Owen Dippie on Facebook for up to date information on his whereabouts and art work in progress).

2 thoughts on “OD leaves his mark in Mount Maunganui”