There’s a rave review ahead for Art Deco Masonic Hotel in Napier. We remember when the hotel had a Breakers Cafe on the ground floor, what a transformation! In 2012 the hotel was renovated significantly and many of its Art Deco features were restored. The work of the owners’ was recognised recently when they picked up two awards at Hospitality NZ Awards for Excellence – Best Accommodation, and the top award – Supreme Award Winner. 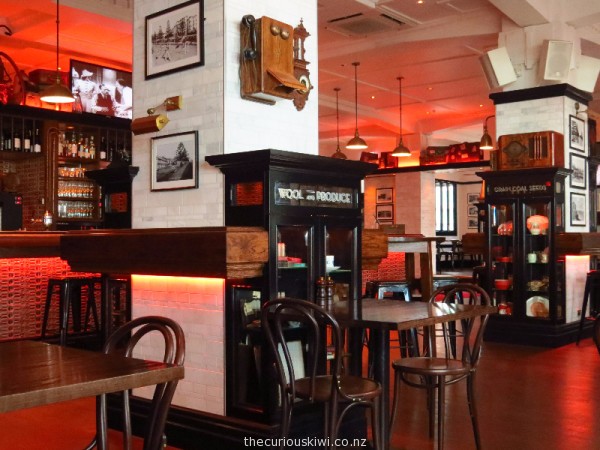 From Breakers to Emporium Eatery & Bar

We checked in to a Superior Queen Room to find we had French doors opening to the balcony overlooking Marine Parade, it was a lovely surprise. 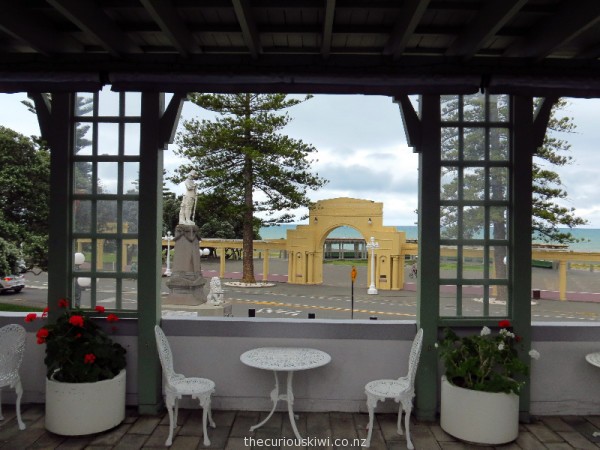 Other nice room touches were the china cups and saucers, wallpaper feature wall and art deco style lamps and framed print.The bathroom was awash in white tile with a shower over the bath, plain yet stylish at the same time. While neither the room or bathroom could be described as large they were perfect for our overnight stay. 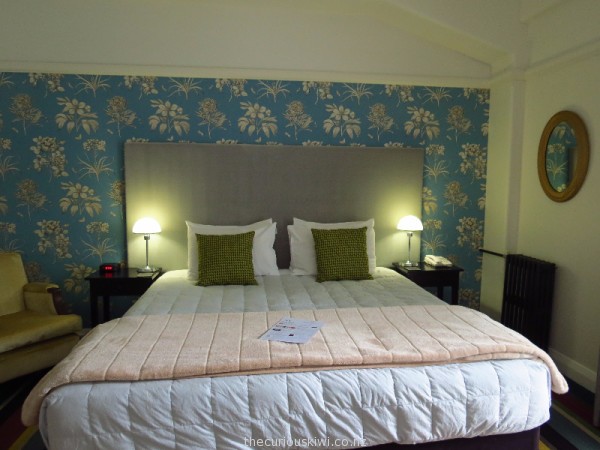 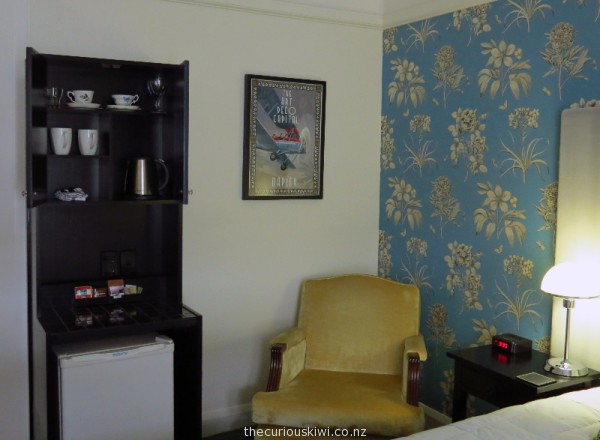 We followed the stripey carpet down the stairs for dinner at Emporium Eatery & Bar. The menu is designed for sharing, although I wasn’t keen to do that. The Moroccan lamb tagine (below) is a small plate ($17) , and the pear, walnut and blue cheese salad (or garden plate as they call it) is $10 so it’s excellent value. I left Mike to a photograph free dinner but he enjoyed the braised Hawke’s Bay lamb shoulder. As an indication of drink prices, wine by the glass costs from $8.80. 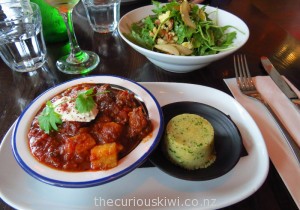 The service is excellent at Emporium (and the hotel in general). I don’t do Emporium justice with my photos but it’s definitely worth checking out if you’re in Napier, there’s also outside seating if you were looking for a cup of coffee on a fine morning. 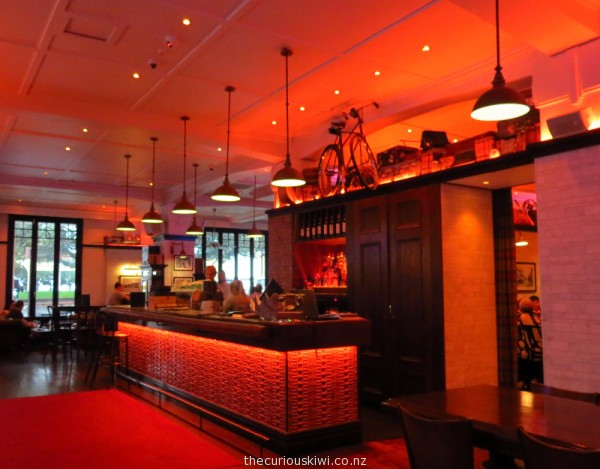 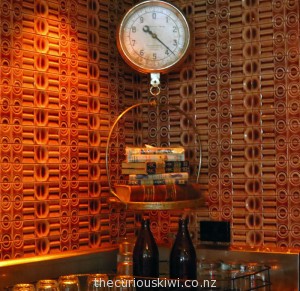 If you’re curious about the hotel’s history, it opened on 14 September 1861, on 23 May 1896 it was destroyed by fire. A new Masonic was built in the early 1900’s and it was described as ‘the most elaborate hotel in New Zealand’. The hotel was destroyed by fire again in 1931, this time the fire was the result of the 1931 Hawkes Bay earthquakes. A temporary building was erected until the hotel was rebuilt again in Art Deco style in the early 1930’s. 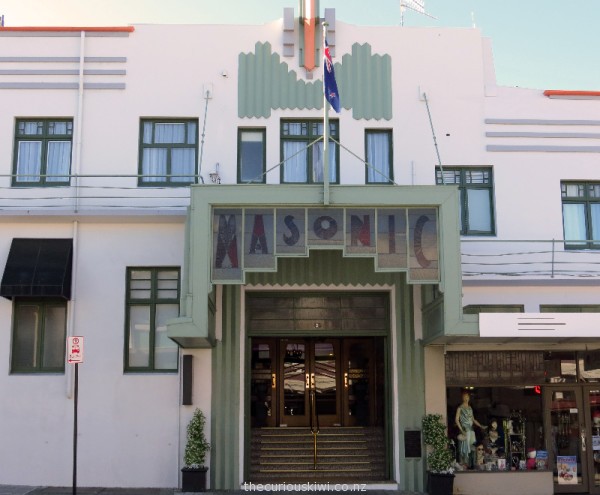 Today Art Deco Masonic Hotel is a recently restored treasure and is surely one of the brightest jewels in Napier’s Art Deco crown. The hotel even has the royal seal of approval and the Royal Coat of Arms hangs in the foyer. If you’re keen to follow in the footsteps of the Queen you can stay in the Royal Suite, Queen Elizabeth II & Prince Phillip spent the night during their 1953-54 royal visit. 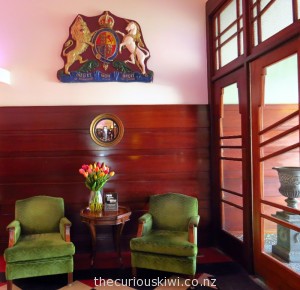 Royal Coat of Arms hangs in the foyer