History
There is some interesting history surrounding the site of the Nelson Classic Car Museum. The land was purchased by the Government in the late 1950’s to build a cotton mill. The mill was never completed and the project was canned, it cost £280,000. The land and mill buildings were sold to Standard Triumph New Zealand in July 1964 for £75,000.

Standard Triumph already had a car plant in Christchurch so the Nelson site allowed for expansion. Triumph 2000, Triumph Herald and Leyland vans were assembled and the first vehicle rolled off the Nelson production line in November 1965. Luxury cars like the Jaguar XJ6 and Daimler XD were also assembled for a time, alongside what surely has to be one of the world’s ugliest cars – the Austin Princess. 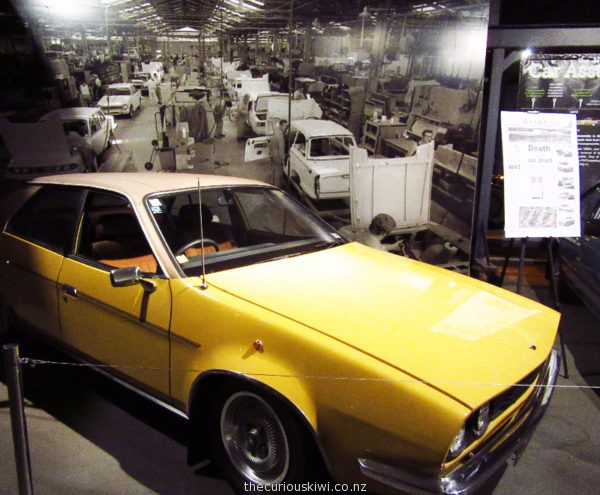 1980 Austin Princess assembled in Nelson, at the World of WearableArt & Classic Cars Museum

There were changes of company ownership over the years and in August 1988 Honda New Zealand was established. Staffing levels at the plant were halved but production remained the same at an average of 25 cars per day, including the Honda Civic and Honda Accord. The 100,000th car rolled off the line in December 1988.

In December 1997 a fatal announcement was made – tariffs would be removed on imported vehicles. On 21 August 1998 the factory closed after 33 years, and 190 workers were made redundant. The door was shut on one of the last car assembly plants in New Zealand.

The Cars
Today the doors are open on a classic car collection numbering around 150. What I really liked about this collection was the detailed information provided about a lot of the cars.

As a VW Beetle fan I was interested to read that there are Jeans Beetles with denim seats, cool! The Museum has a 1972 GT Beetle in Apple Green. The GT Beetles were built to celebrate the 300,000th Beetle imported into the UK. There were 2500 made – 1250 in Lemon Yellow, 1000 in Tomato Red, and 250 in Apple Green. 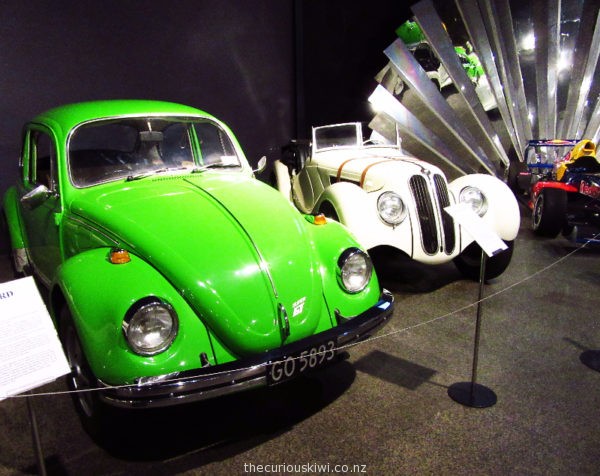 Another rare car in the collection is the Road Pacer AP (Anti-Pollution). Take a Holden body and put in a Mazda 1.3 litre 13b rotary engine and you create a Road Pacer, a gas guzzling big car with a small engine. The Pacers were made between 1975 and 1977 and only 800 were sold. Government departments bought most of them, probably because they could afford the petrol – a gallon would only take you 10 miles. A lot of Road Pacers were crushed so the cars are considered rare these days. 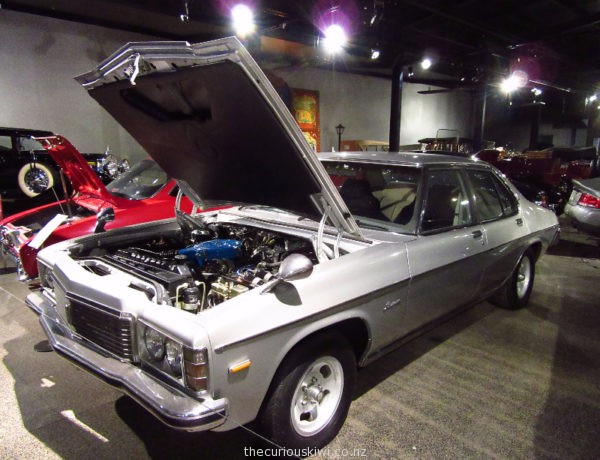 On loan to the Museum is another little rarity, a 1958 Messerschmitt KR Roadster. Most Messerschmitts have a Plexiglass cockpit but this is the convertible version, one of only 200 produced. 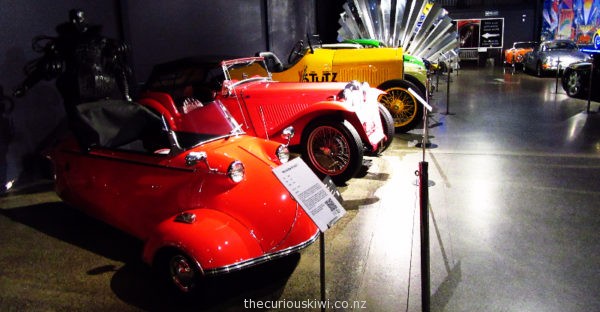 I’ve often wondered about cars I’ve seen that look new and old at the same time, turns out they’re called neo-classics, they’re modelled on the old but have modern components. One example is the 1988 Custombuilt Excalibur Sedan, it’s a replica of the Mercedes-Benz SSK sports car. The one below has 32 coats of pearlescent paint which makes it look extra smart. The paint job was offered to buyers as a US$10,000 optional extra. 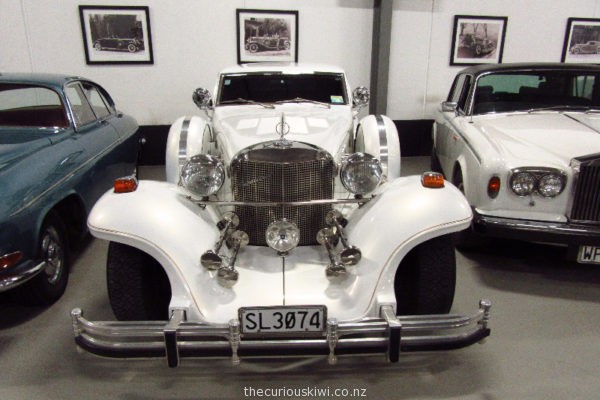 I like a good hood ornament so I’ll finish with a few nice examples you’ll see in this classic car collection ….. 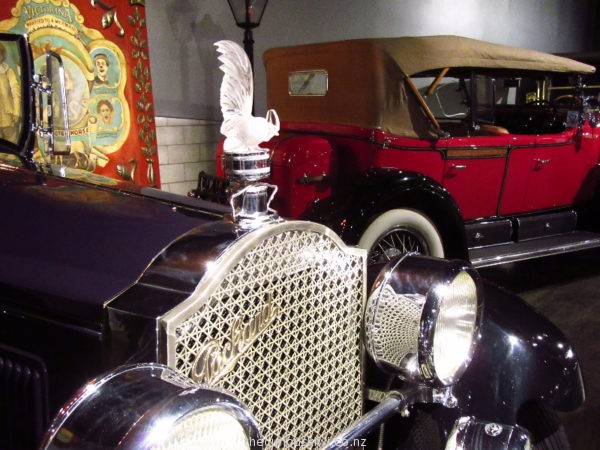 Hood ornament on a 1927 Packard 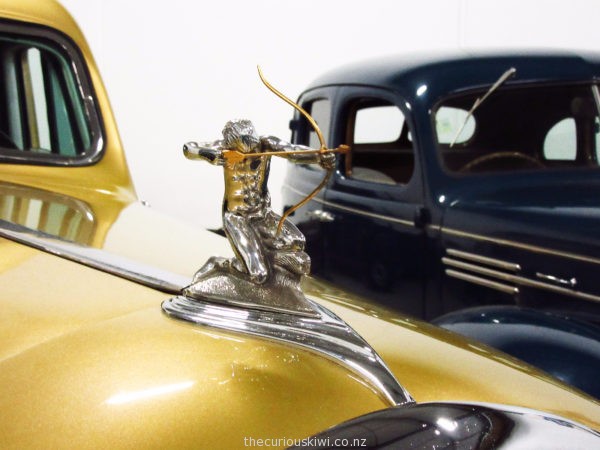 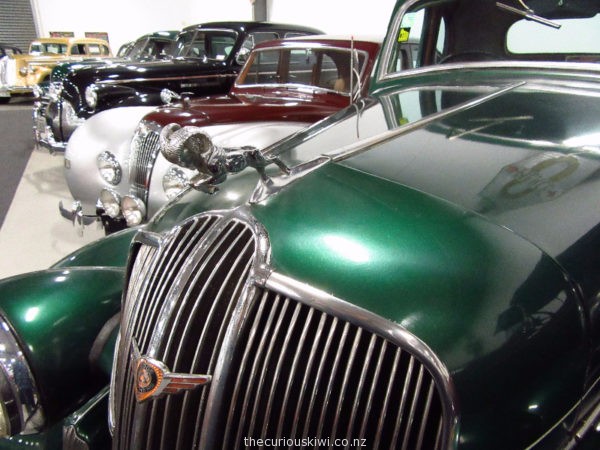 The Nelson Classic Car Collection is part of the World of WearableArt Museum at 1 Cadillac Way, Annesbrook in Nelson. Open every day except Christmas day from 10am – 5pm.

Find It (1.7km from Nelson Airport)