All sorts of curious items find new life as wearable art – used tea bags, bird wings, and even whole budgies – Budgerigar Brassiere. One designer mentioned half a gallon of Mac’s Gold beer in her materials list although that may have helped fuel her creativity.

It’s not only curious items but also common materials that are turned into stunning wearable art. In 2009 Alaskan carpenter David Walker won the Supreme Award at the World of WearableArt Awards Show (WOW) with ‘Lady of the Wood’. The design is a reproduction of a 17th century ball gown and is made entirely of American timber. 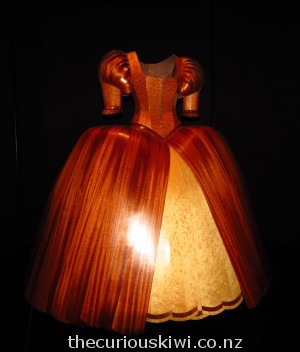 Lady of the Wood by David Walker

‘Hylonome‘ is another Supreme Award winner. Made by London based Mary Wing To, a former apprentice to the Queen’s master saddler, ‘Hylonome’ is an interpretation of the mythical female centaurus – a part human, part horse creature.

Although all entries in the WOW Show in Wellington need to be wearable, they don’t need to be practical so designers can challenge themselves as well as audiences with their creations. 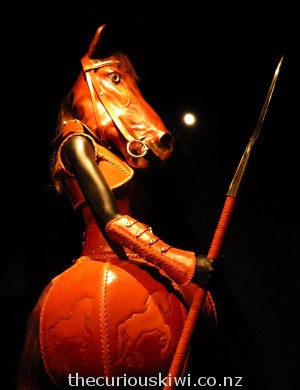 Hylonome by Mary Wing To

‘Inkling‘ by New Zealander Gillian Saunders is one of my favourite creations. Made from EVA foam and paint the colourful creature that is ‘Inkling’ came about due to the designers long time interest in body art and tattoos.

She had always wondered about the ratio of ink to blood in those with full body tattoos, could one more tattoo cause the images to come to life? ‘Inkling’ is her imagination’s answer to that question. The design won the Weta Workshop Costume and Film Section at the 2013 Awards. (A video about ‘Inkling’). 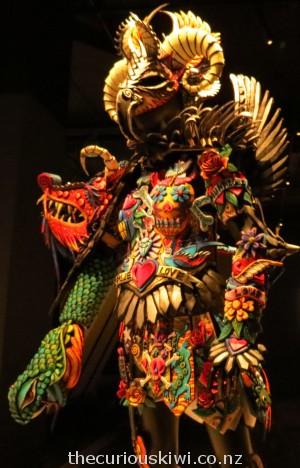 The annual WOW Awards Show is held in Wellington and takes place in September and October. 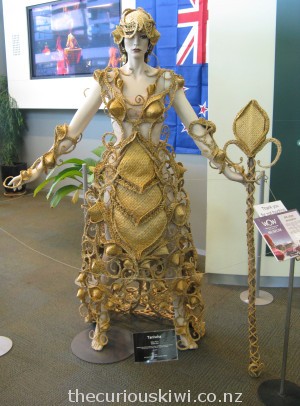 Taniwha by Debra Price from Golden Bay, seen at WOW Museum in Nelson

If you’re keen to try your hand at designing wearable art and would like some pointers, Fifi Colston has so far designed 21 entries for the WOW Awards and offers wearable art classes for individuals, teachers and students. Fifi’s ‘Lady Curiosity’ was commended in the Avante Garde section at the 2010 Awards. 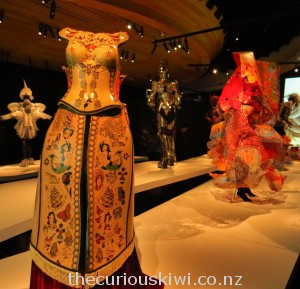