Mike’s keen to learn to fly a plane, but lessons are expensive, so instead I bought him a voucher to go gliding with the fine folks at Taupo Gliding Club. It costs $205 for an instructional flight that lasts 20 – 40 minutes depending on the weather. You get to take control of the glider, in Mike’s case for about 5 minutes. 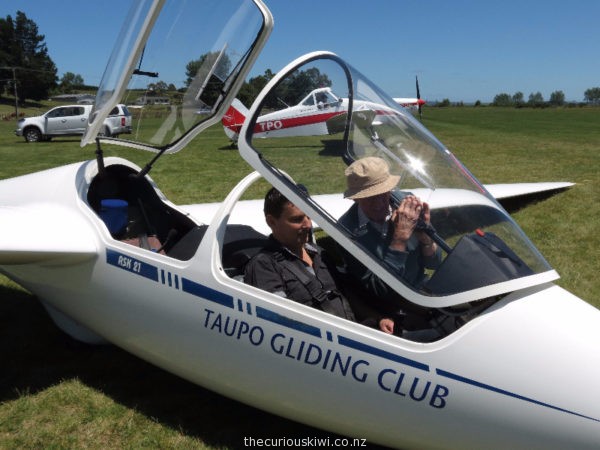 Seat belt on and under instruction at Taupo Gliding Club

The glider was a GTG, Mike sat at the front and the qualified pilot behind. Mike found it easy to understand the instrument panel and flying the glider involved using the stick in the middle and the pedals under his feet to turn. He also had to keep an eye on the variometer which shows rising or sinking air.  There’s more to it than that, but just knowing you get a chance to take control is exciting. 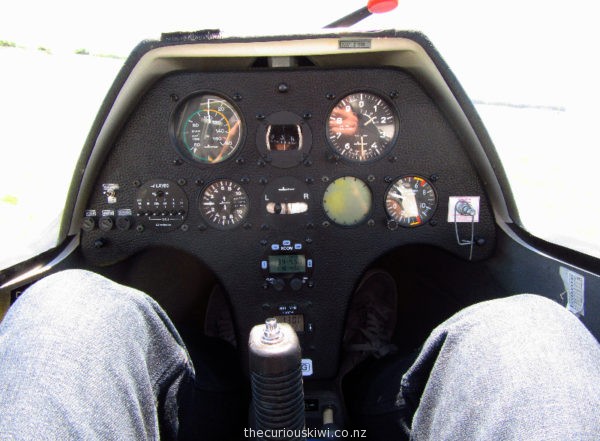 Flight instruments in the cockpit

Before you take control though, the glider needs to be attached by rope to the tow plane and taken up into the air. The rope is released at about 5000 feet and the glider is set free to soar. 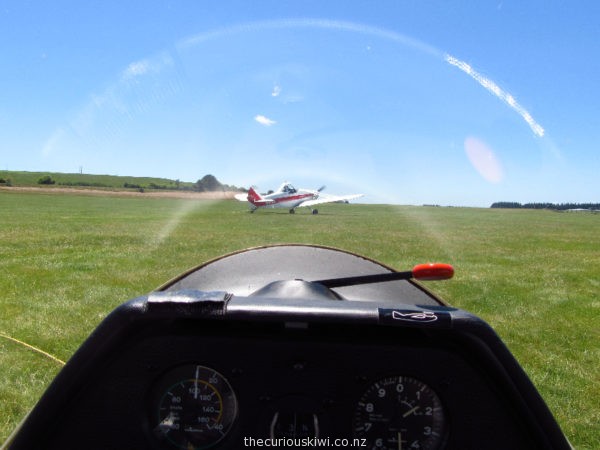 Glider attached to the tow plane 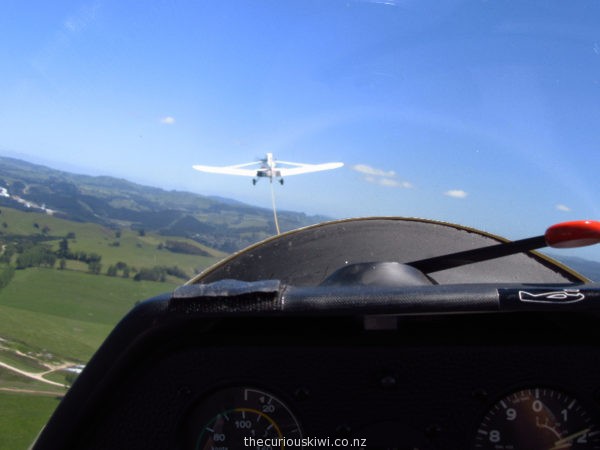 Up, up and soon to be set free

Taupo is a scenic spot on the ground, but more so from the air. The clear day meant good views of Mount Ruapehu, Tongariro and Ngaruhoe as well as Huka Falls and Taupo Motorsport Park. 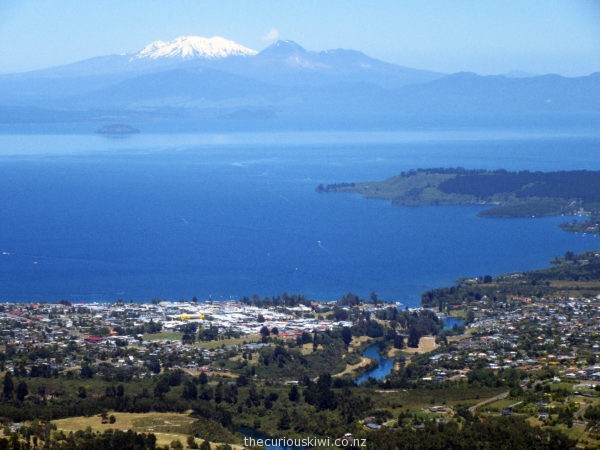 What Mike liked most about his 28 minutes in the air was ‘the silence, it’s so peaceful up there, and the large clear canopy means you get brilliant views’ he said. 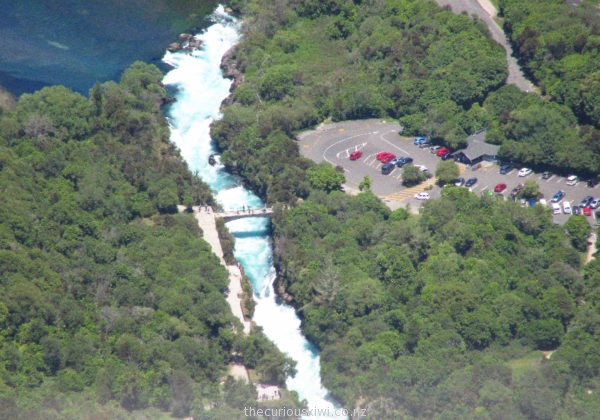 Huka Falls from above

One of the reasons I chose Taupo Gliding was because the voucher includes three months membership to the club and up to five flights at club rates. Unfortunately what Mike liked least about gliding was motion sickness and he’s decided gliding isn’t for him.

It’s a shame because the members of Taupo Gliding Club are some of the friendliest people you’ll come across. I took a book to read while Mike was gliding but I spent the time chatting to club members instead. 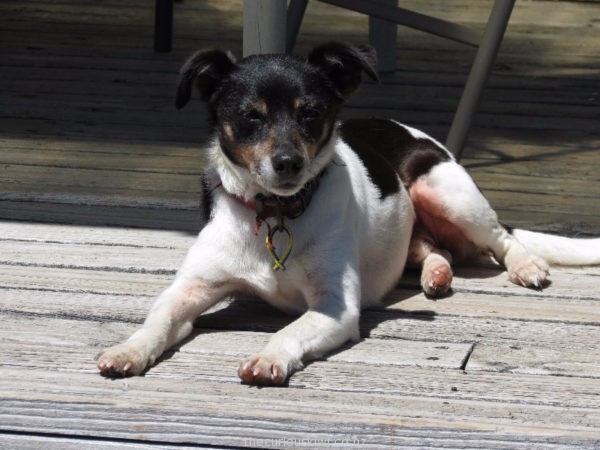 I also met Toby, the cute and friendly club dog. Toby lives across the road but the club is his second home. There’s also a club cat called Tiger, she arrived a year ago and was coaxed out of hiding with food and water. Tiger now has her own bed and a cat door, she earns her keep by catching mice.

We highly recommend Taupo Gliding Club for a scenic glide over Taupo, say hi to Toby and Tiger (and take motion sickness tablets if you think you might need them).