PangeaSeed Foundation is an international organisation that takes oceans into the streets to raise awareness of marine environment issues like pollution, plastic use and over fishing. They use what they call ARTivism – a combination of art and activism to educate and inspire people around the world to think more about their environmental impact, and it is done in a creative and thought provoking way ……. 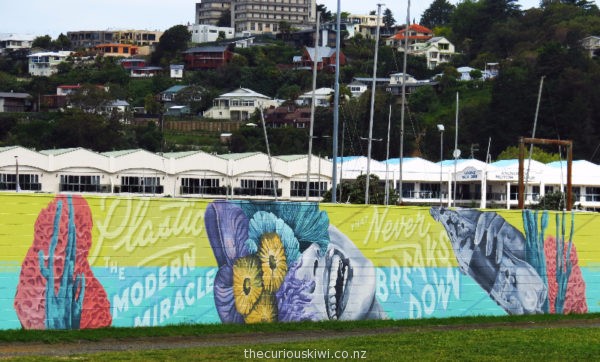 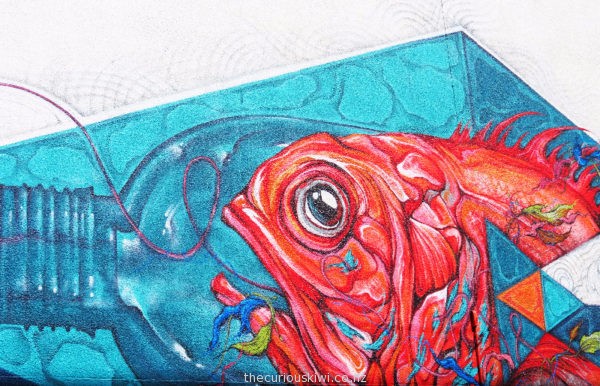 ‘Message in a Bottle’ – Plastic Pollution (this is only a small part of a much larger mural). By Meggs & Phibs

The first Sea Walls project brought 25 artists to Napier in March 2016. Their mission – to give the oceans a voice, one art work at a time. Twenty nine large scale murals brightened up the city’s streets, photos of some of those murals are above and below.

The artists put a lot of thought into their work and if I’ve been able to find descriptions they are included as links above the murals. The descriptions make interesting and thought provoking reading.

“Every second breath you take, comes from the ocean”.

If someone had asked me where most of the oxygen we breathe comes from, I would have said plants and trees, but no, it’s from the ocean. Infact every second breath you take, comes from the ocean. Reason alone to look after a precious resource. 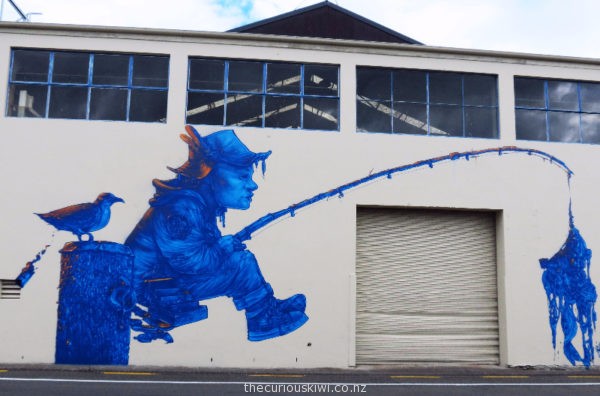 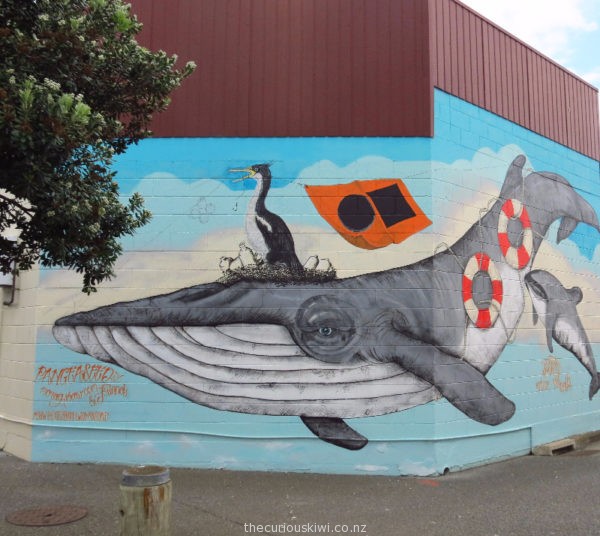 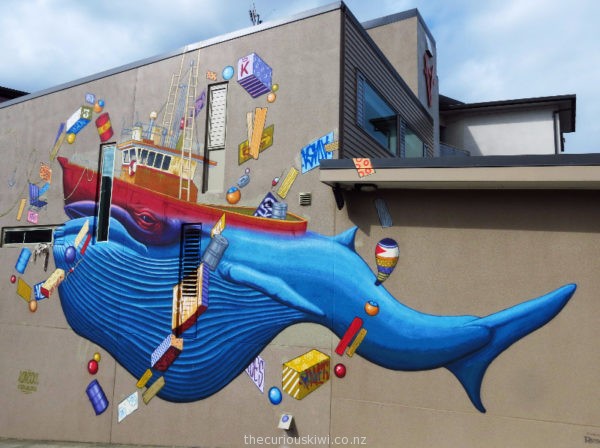 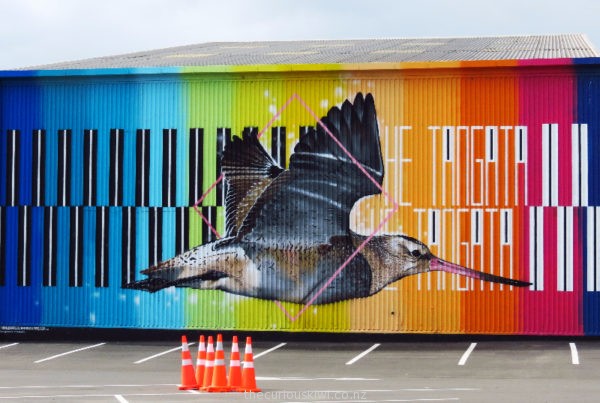 ‘Tautoko’, the bird is a bar-tailed godwit. By Charles & Janine Williams (at Napier Port) 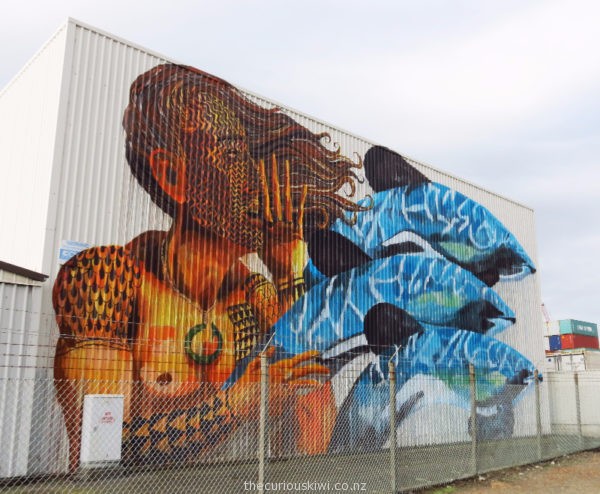 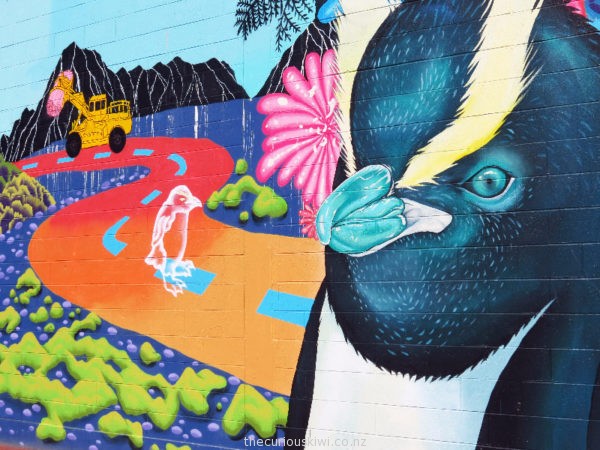 Dedicated to all Fiordland Crested Penguins & all of New Zealand’s 17 penguin species – Long May You Live. By Celeste Byers 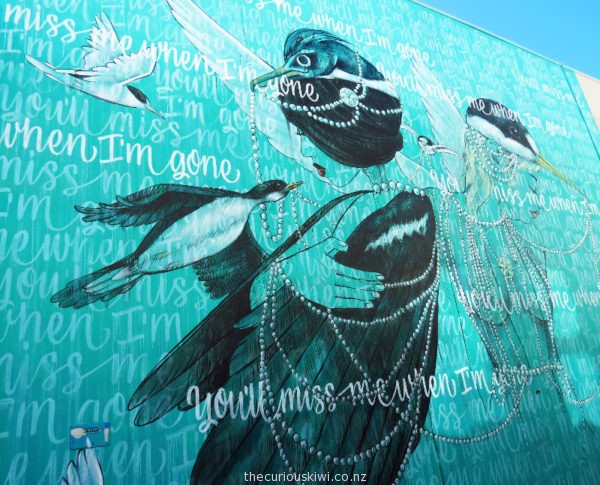 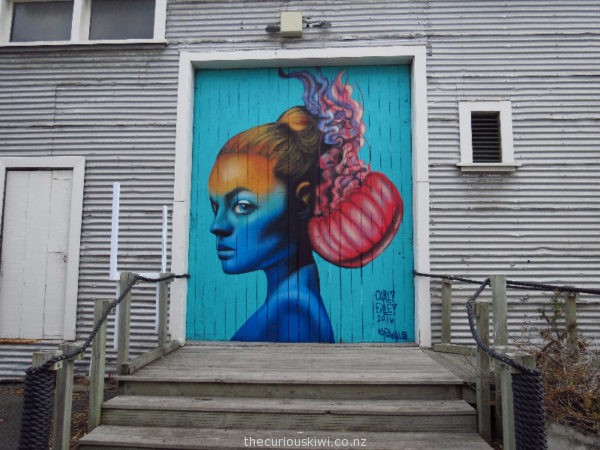 Cinzah Merkens lives in Napier and he co-ordinated the Sea Walls project for PangeaSeed. He also worked with Jason Botkin to produce the longest mural in town – it’s 130 metres long and covers the back of the National Aquarium on Marine Parade. 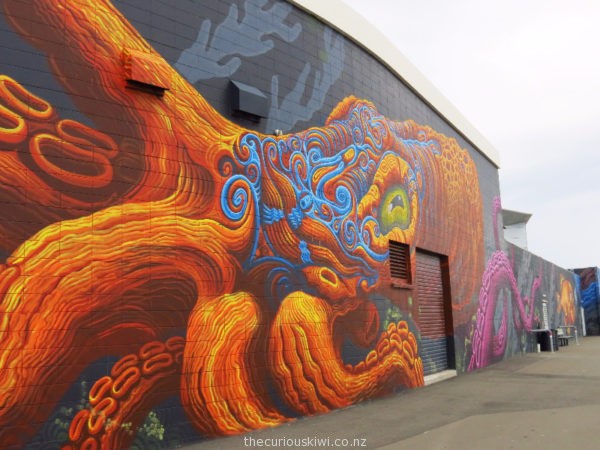 Part of the mural by Cinzah & Jason Botkin 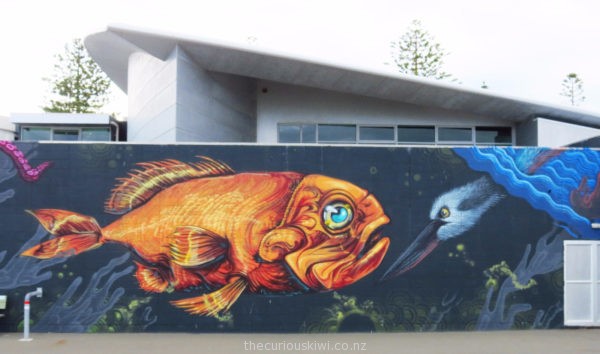 Another part of the mural by Cinzah and Jason Botkin

The Sea Walls project returned to Napier in March 2017 so there is more street art to see. Download the Sea Walls: Murals for Oceans Map 2017, the map includes murals painted in 2016 and 2017. Big thanks to the artists who provided their time and art work for free.

PS. If you’re wondering what is being done in New Zealand waters to help our oceans, I recently read about the dedicated efforts of Hayden Smith and the Sea Cleaners volunteers who have removed over 5.1 litres of rubbish from the sea.