Probably not. However I spent some time Googling phrases like ‘How do you know if it’s a genuine Banksy?’ before I came to that conclusion. It was fascinating reading, if you find the real deal on a wall here’s some of what you’re likely to need – 24 hour security, a diamond chainsaw, a team of art curators and builders, and a lot of money to pay for it all. 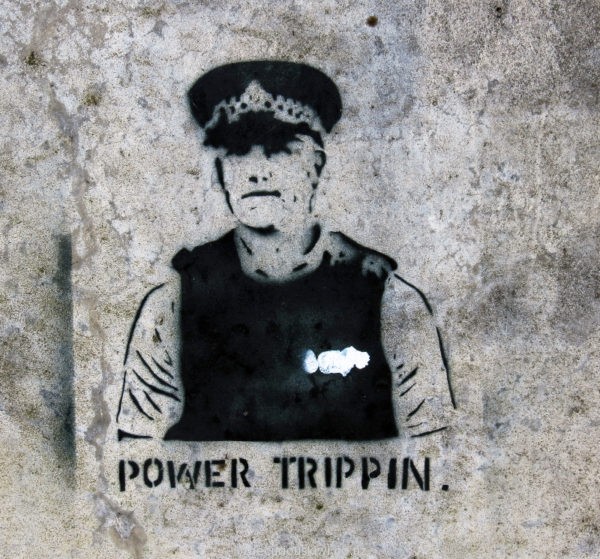 How do you know if you’ve found a genuine Banksy? A couple of tips – Banksy’s work is painted in busy areas where it will be seen, so not in a drain where Mike found the Banksy-esque work in Rotorua. I read Banksy also asks for permission to do his art work so I’m sure if he or an associate had been in touch with the local council we’d have read about it. 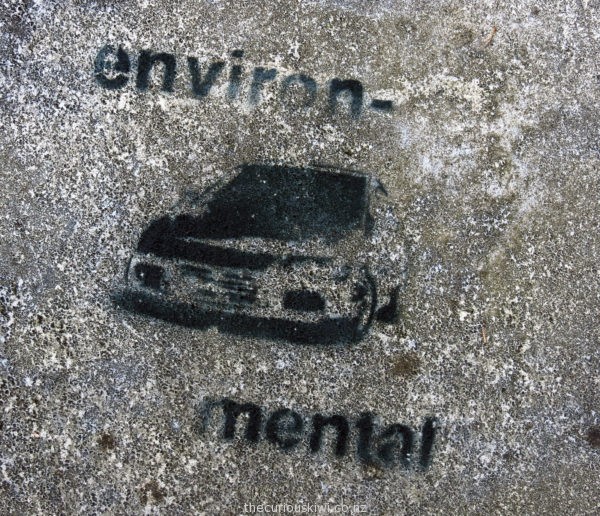 Why did I think Mike might have found some art work by Banksy? Although his (perhaps even her or their) identity is unknown, Banksy’s work has characteristics that are recognizable – the stencil style and the heavy use of the colour black. Some of Banksy’s work also features police, and has environmental messages. The Monopoly banker image and the text also seemed like something he might do. There was also some wishful thinking – who wouldn’t want to find the work of a famous artist in a drain on a Saturday afternoon in Rotorua? But wait, there’s more …… 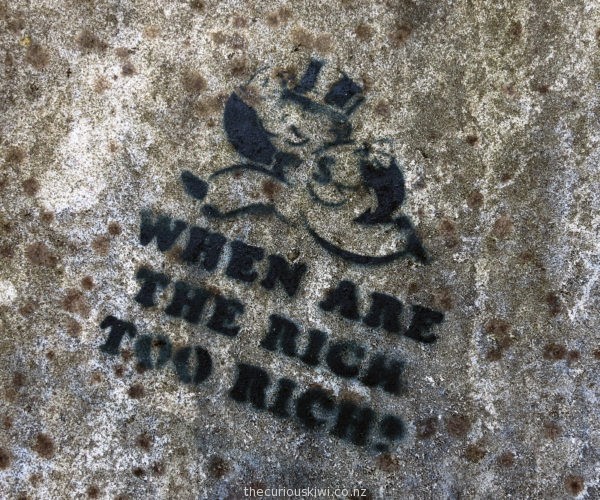 Adding another layer of mystery / possibility to the Banksy-esque find was a ‘Free Ahed Tamimi’ poster advocating freedom for Palestinian prisoners. I knew The Walled Off Hotel had opened in Bethlehem and Banksy was involved with it – the plot thickened. Then after some time on Google I decided no, Banksy in Rotorua, impossible, probably. 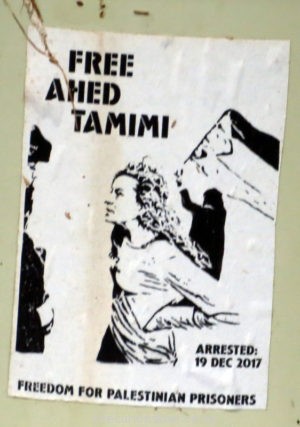