Plenty of Kiwi blokes have sheds, but not many sheds house a multi million dollar collection of classic cars and automobilia. Hamilton businessman Tom Andrews has turned his shed into the Classics Museum at 11 Railside Place.

We counted more than 60 cars plus motor bikes, petrol station memorabilia, and a treasure trove of bonnet emblems, badges, tricycles and pedal cars. The vehicles on display come from the owner’s private collection as well as car clubs. 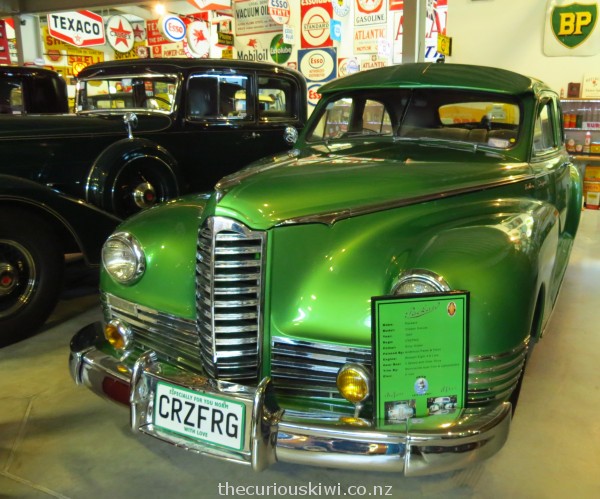 I’ve picked a selection of some of the more unusual vehicles in the museum like the 1964 Model 770 Amphicar – a car and boat in one. The Amphicars were built in West Germany and this one is the first of 98 right hand drive models produced. They’re named Model 770 because the Amphicars have a top speed of 7 miles per hour on the water and 70 miles per hour on land. 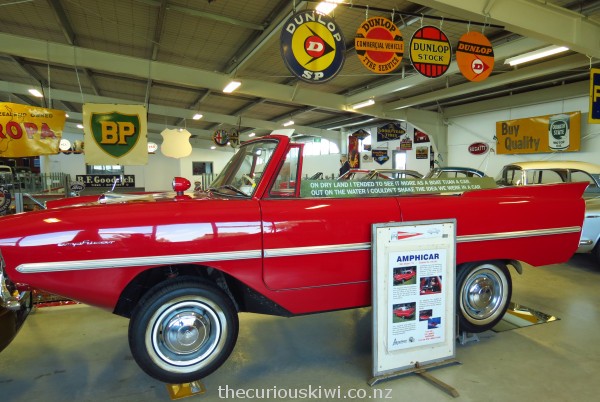 The candy coloured 1958 Nash Metropolitan comes complete with what looks like the original baby seat on the passenger side. The Nash Metropolitan was made from 1954 – 1962 and it was the first American car specifically marketed to women.

Over 50 years later Honda tried tapping into the female market by releasing the 2013 Honda Fit She’s in Japan. The Fit She’s came in colours to match eye shadow and had ‘plasma cluster’ air conditioning to help prevent dry skin. Apparently sales exceeded expectations after release, although they eventually conked out and the Fit She’s model is no longer made. 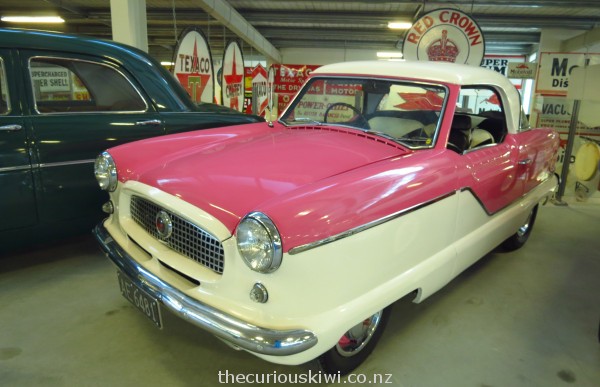 Archival records show there are no 1936 Standard Twenty Avon Drop Head Coupes in existence, but the Classics Museum proves otherwise. 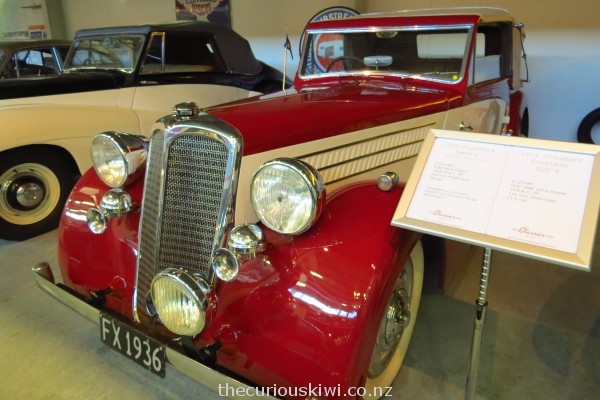 The 1958 Isetta Motocoup was made under licence by BMW in Germany. This single rear wheel model was made for the British market where it could be registered as a motorcycle. 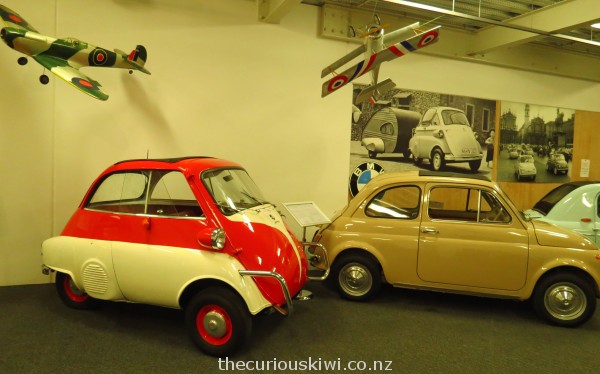 Austin pedal cars were built in England in the Austin Junior Car Factory, the factory was a not for profit venture providing employment for disabled miners. It opened in 1949 and over 32,000 J40 pedal cars were made by the time production stopped in September 1971.The cars were used to teach road safety to children and had working headlights and a horn. 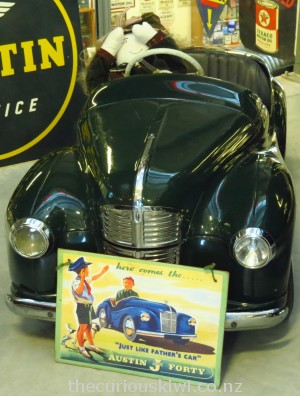 The Classics Museum is open 7 days from 9am to 4pm. Admission is $20 adults, children $8. You can also dine in the American style Jukebox Diner next door. 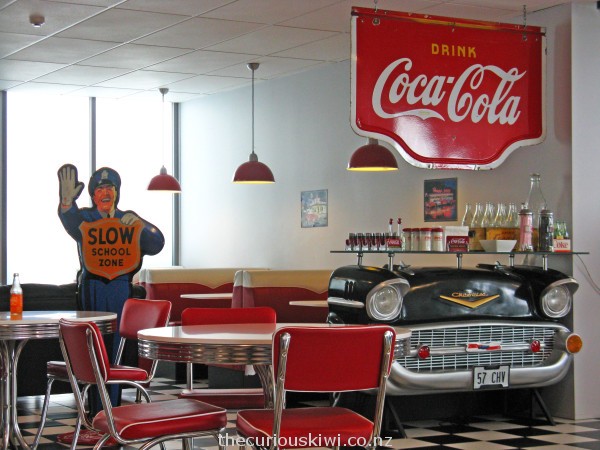 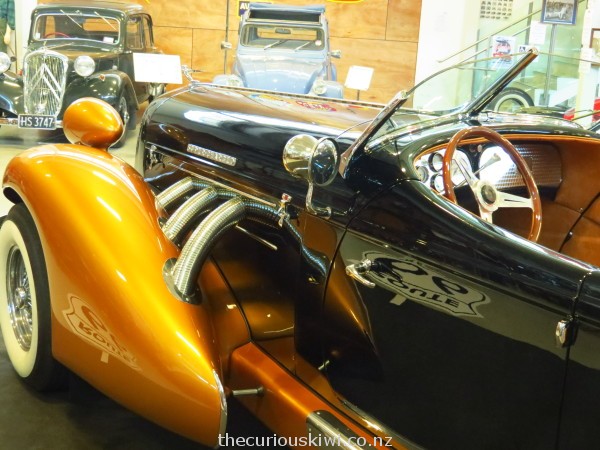 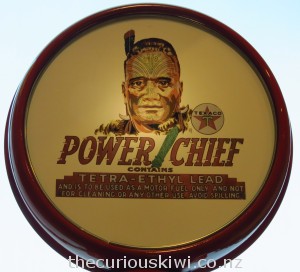 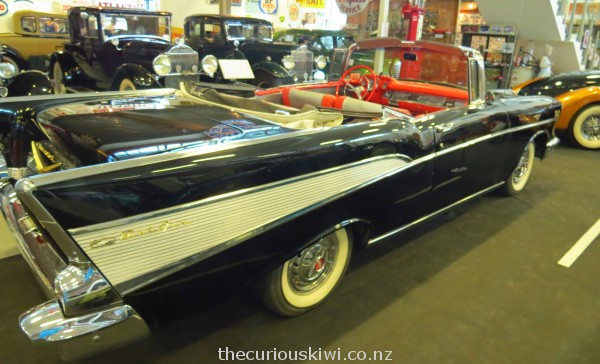 1 thought on “Classics Museum in Hamilton”