​The Kauri Museum in Matakohe has 4500 square metres of exhibits, including a full size, and furnished kauri boarding house.

Thousands of pieces of kauri gum are displayed, kauri gum was initially used by Maori to light fires, to chew, and as a pigment for tattooing. By the mid 1840’s the gum was being collected and exported to England and America to be used to make high quality varnish. (See the blog post Gumdiggers Park for more information about kauri gum).

Kauri gum was also carved and the museum has a few gum carvings including a bust of a Maori chief. An unusual use for kauri gum was to make hair and wigs. (Look for the kauri gum plait in the cabinet with the gum beads). 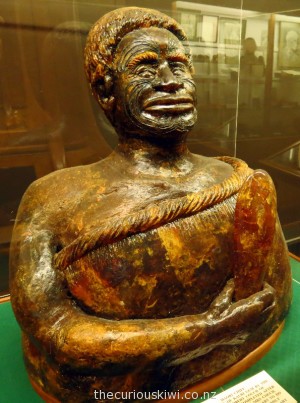 Kauri wood was used by Maori to build waka (canoe), and by European settlers to build boats and furniture. The Kauri Museum has an impressive kauri furniture collection including a table and 12 chairs commissioned by the Chairman of Dominion Breweries. The table and chairs were used in the DB boardroom from 1977-1986. 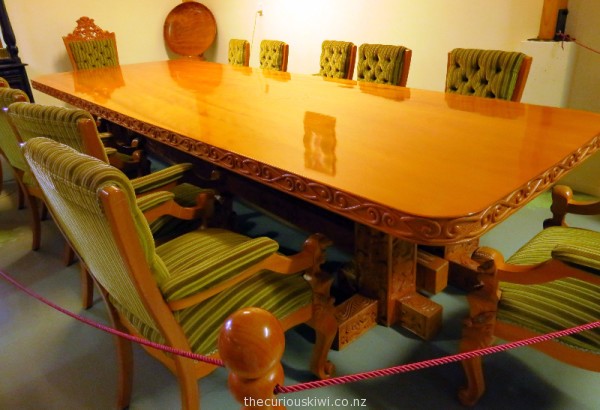 The table was made from a single slab of 1800 year old kauri and including its steel supporting frame, weighs over 1000 kgs. The table and chairs were carved by Brian McCurrach from Auckland in a style influenced by the Whakatohea people on the east coast of the North Island. 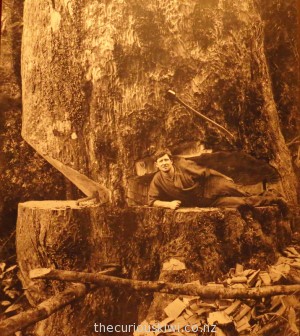 In the Smith Wing and Steam Sawmill areas there is equipment used for tree felling, and steam powered machinery that was used to saw kauri and transport the timber. Animal power was also harnessed and one photo shows a team of 32 bullocks pulling a kauri log (and part of the habitat of native birds) from the bush in Ahuroa in 1928. 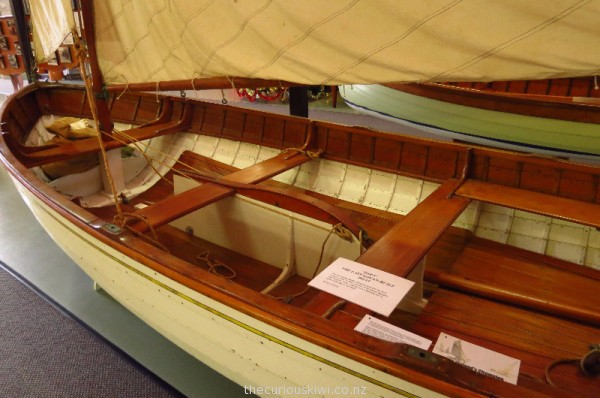 Complementing these displays are numerous photos, and models in scenes showing what life was like for early settlers and those involved in the kauri industry – ‘hard yakka’ to quote one gum digger.

Tip: If you’ve got a TOP 10 card get 40% discount on admission. There may also be a 2 for 1 discount voucher in Arrivals magazine (pick up a copy at arrivals at Auckland International Airport or look out for it in i-SITES).

*The museum has a Tudor Collins Wing and it is full of photos he took while working as a bushman in the kauri forests. Visitors can also buy the book – Kauri Cameraman by Paul Campbell.

4 thoughts on “The Kauri Museum, Matakohe”